ATTN: Top Risk 2017 launches Tuesday, January 3. Get a first look by signing up for Signal.
This is Eurasia Group's annual forecast of the political risks that are most likely to play out over the course of the year. This year's report was published on January 4, 2016.
Download Full Report

OVERVIEW
We first wrote about the G-Zero five years ago. It's now fully upon us, and the unwinding of the US-led geopolitical order will accelerate in 2016.

There is growing political division in a year with a presidential election in the United States and a foundational political crisis for Europe. Russia, in de- cline, is led by an increasingly combative—and resurgent—Vladimir Putin. China is becoming far more powerful, but with a foreign policy that reflects primarily economic (though still strategic) national interests.

The results are clear. The Middle East is the most vulnerable to a geopolitical leadership vacuum and is heading toward conflagration. There are six failed states across the broader region (Afghanistan, Iraq, Libya, Mali, Syria, and Yemen) and more refugees than ever recorded. ISIS has become the most powerful terrorist organization in history. Oil economies are under strain. All of this will get worse in 2016.

Europe will feel much of the pain—in economic costs, security vulnerability, and political blowback. The United States, at the twilight of Barack Obama's administration, will mostly stick to its knitting, since the western hemisphere remains insulated from the lion's share of geopolitical instability. In Asia, despite having many of the world's strongest national leaders, helping manage these problems is not a priority.

This all means a dramatically more fragmented world in 2016 with more intra-, inter-, and extra-state conflict than at any point since World War II. And yet drawing the major powers into military battle against one another—World War III—is virtually unthinkable (recent comments from Pope Francis notwithstanding). The world's four largest economies—the United States, China, Japan, and Germany—are all deeply reluctant to accept responsibility for crisis management. Only the Germans are affected directly by this turmoil, and they still have plenty of reasons to duck the fight.

And so, in 2016, conflict intensifies. Last year, investors recognized growing uncertainty but remained more focused on the economic improvements: a US economy in recovery and Europe coming out of recession. That's unlikely to last, as geopolitical risk shakes the global order. 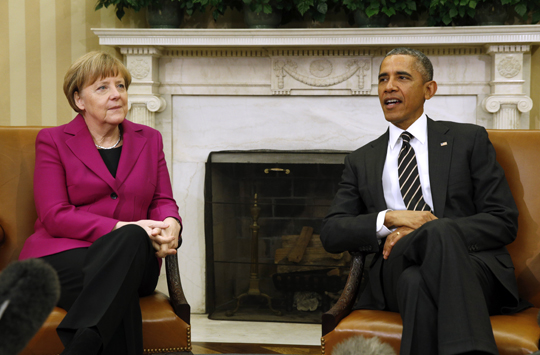 The trans-Atlantic partnership has been the world's most important alliance for nearly 70 years, but it's now weaker, and less relevant, than at any point in decades. 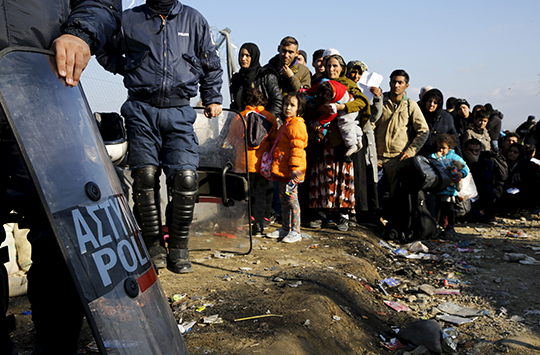 Divisions in Europe will reach a critical point, and a combination of inequality, refugees, terrorism, and grassroots political pressures pose an unprecedented challenge to the European Union. 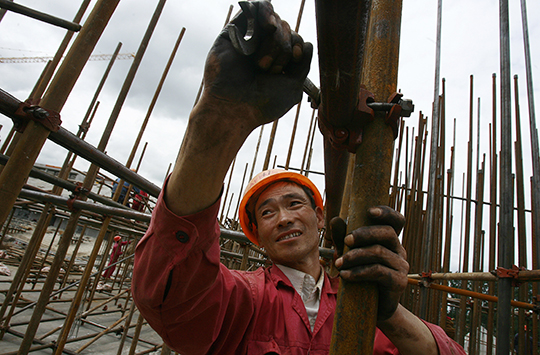 Never has a country at China's modest level of economic and political development produced such a powerful global footprint. China is the only country of scale today with a global economic strategy. The recognition in 2016 that China is both the most important and most uncertain driver of a series of global outcomes will increasingly unnerve other international players who aren't ready for it, don't understand or agree with Chinese priorities, and won't know how to respond to it.

ISIS is the world's most powerful terrorist organization, it has attracted followers and imitators from Nigeria to the Philippines, and the international response to its rise is inadequate, misdirected, and at cross purposes. For 2016, this problem will prove unfixable, and ISIS (and other terrorist organizations) will take advantage of that. The most vulnerable states will remain those with explicit reasons for ISIS to target them (France, Russia, Turkey, Saudi Arabia, and the United States), and those with the largest numbers of unintegrated Sunni Muslims (Iraq, Lebanon, Jordan, Egypt, and across Europe). 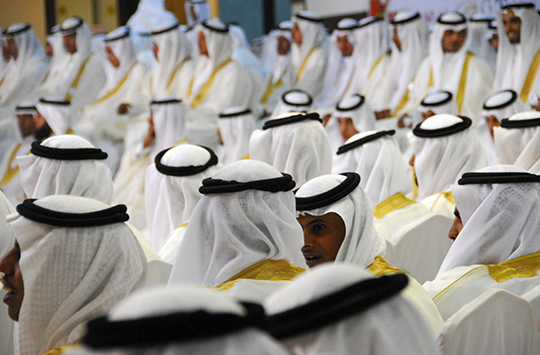 The Saudi Kingdom faces a growing risk of destabilizing discord within the royal family this year, and its increasingly isolated status will lead it to act more aggressively across the Middle East this year. The threat of intra-royal family strife is on the rise, and a scenario of open conflict, unimaginable prior to King Salman's January 2015 ascension, has now become entirely realistic. The key source of external Saudi anxiety is Iran, soon to be free of sanctions. 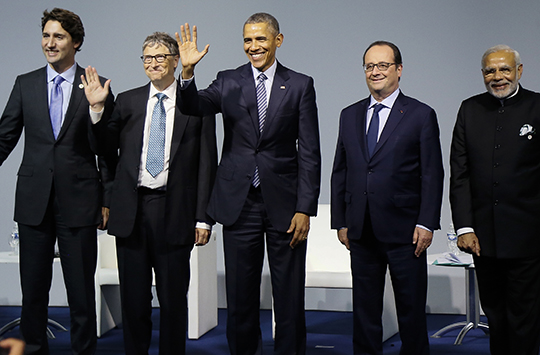 6. The rise of technologists

A variety of highly influential non-state actors from the world of technology are entering the realm of politics with unprecedented assertiveness. These newly politically ambitious technologists are numerous and diverse, with profiles ranging from Silicon Valley corporations to hacker groups and retired tech philanthropists. The political rise of these actors will generate pushback from governments and citizens, generating both policy and market volatility. 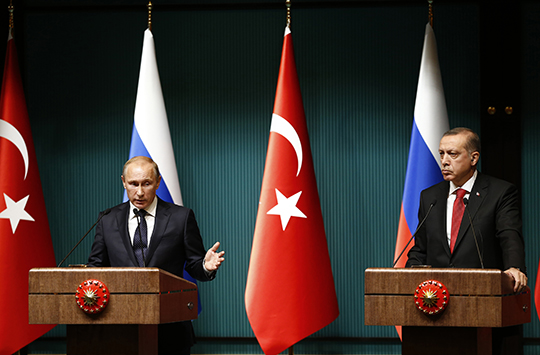 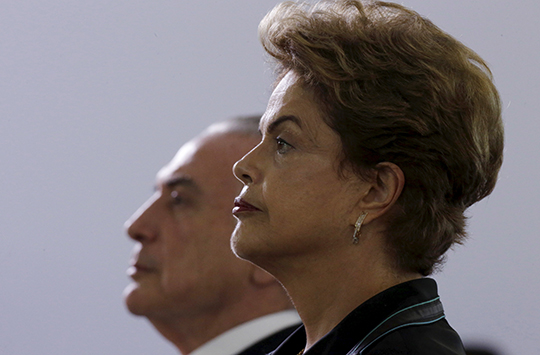 President Dilma Rousseff is fighting for her political survival, and the country's political and economic crisis is set to worsen in 2016. Contrary to hopes among pundits and many market players, the battle over Rousseff's impeachment is unlikely to end the current political stalemate. Should the president survive, her government won't gain the political boost necessary to move on the economic reforms needed to tackle the country's growing fiscal deficit. If Rousseff is ousted, an administration led by Vice President Michel Temer won't fare much better.

Emerging markets underwent a historic cycle of national elections in 2014-2015, but this year there are relatively few opportunities for EM voters to make themselves heard at the ballot box. As slower growth and stagnating living standards stoke popular discontent, governance and stability will suffer. Historically, markets have been less volatile in non-election years, but this time will be different. By raising popular expectations, the massive income growth that most EMs enjoyed over the past 10 years has created conditions for a rude awakening. 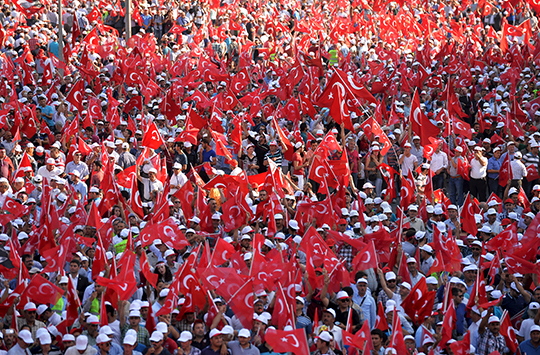 After a decisive victory for his AK party in late-2015, President Erdogan will now push to replace the country's parliamentary system with a presidential one. He's unlikely to reach his goal in 2016, but his aggressive electioneering will further damage an already battered Turkish business and investment climate. On the security front, there is little prospect of an imminent end to PKK violence, and unrelenting US pressure on Ankara to clamp down on the Islamic State will produce only modest results while making Turkey more vulnerable to new attacks by ISIS. 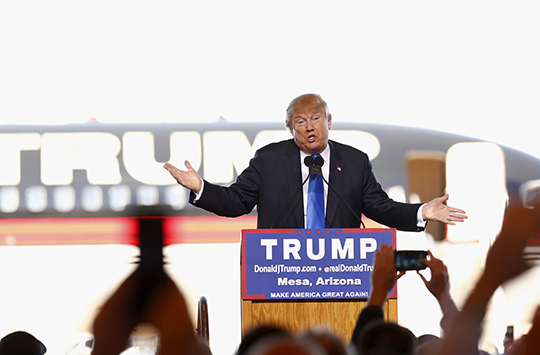 US voters aren't going to elect a president who will close the country to Muslims. China's economy isn't headed for a hard landing, and its politics will remain stable. Continued strong leadership from Japan's Shinzo Abe, India's Narendra Modi, and especially China's Xi Jinping will keep Asia's three most important players focused on economic reform and longer-term strategy, reducing the risk of conflict in Asia's geopolitics.