The overwhelming majority of the response, and the debate on what more to do, will center on military solutions—bombing, special forces, arming the opposition, and boots on the ground. The United States and Russia will remain largely at odds over support for the Assad regime, and the Saudis and Iranians will remain on opposite sides in terms of local proxies. Every marginal inch of IS stronghold will grow harder to regain. And even while military action will loosen the Islamic State's grip on territory, international support for ISIS as a terrorist organization will only grow.

That's in part because the roots of ISIS now reach well beyond the borders of Iraq and Syria (into Libya, Afghanistan, Yemen, and Mali, as well as Sunni populations across the broader Middle East, Russia, and Europe). Its technological capabilities allow the organization to function effectively in a more decentralized way than Al Qaeda, and the core demand that ISIS is satisfying among disenfranchised young Sunnis can't be addressed militarily.

For progress, we would need to see change in the economic, social, and cultural opportunities afforded these populations. But 2016 will tip the needle in the other direction. Insecure Sunni governments (and Iraq) will focus more on security, less on liberalization and economic reform. Depressed oil prices will make matters worse. Hostile responses in Europe to a mounting refugee crisis will make clear that displaced Syrian and other populations are increasingly unwelcome either in Europe or in countries along the road. Humanitarian aid will help but remain inadequate to the task, while leadership on accepting additional refugees will fall dramatically short.

And so the threat from ISIS—as well as from Al Qaeda, Boko Haram, and new groups—will increase over the course of 2016. The most vulnerable states will remain those with explicit rea- sons for ISIS to target them (France, Russia, Turkey, Saudi Arabia, and the United States—particularly US assets in the region), and those with the largest numbers of politically and socially alienated Sunni Muslims (Iraq, Lebanon, Jordan, Turkey, Egypt, and European countries). 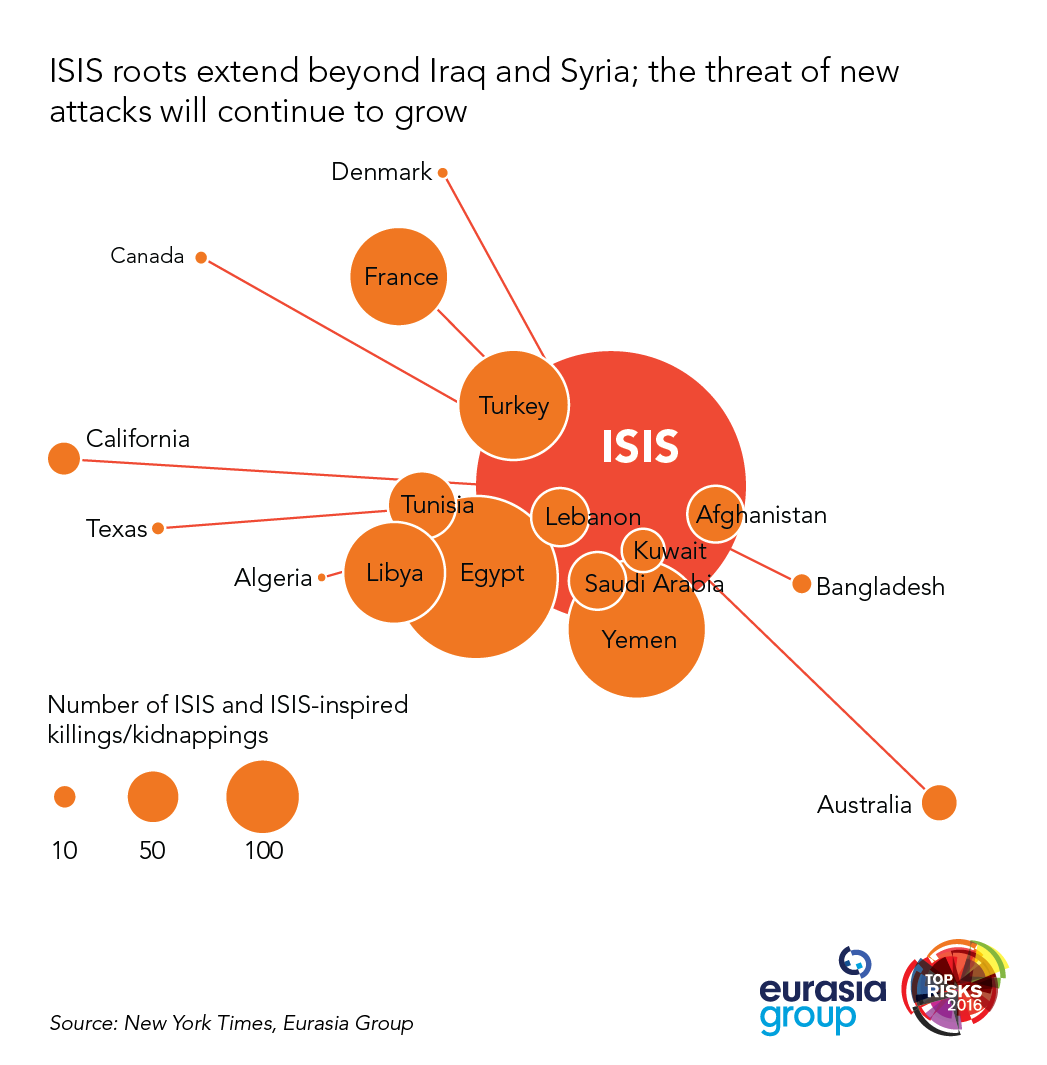