Risk 6: The rise of technologists

A variety of highly influential non-state actors from the world of technology are entering the realm of politics with unprecedented assertiveness. These politically ambitious technologists are numerous and diverse, with profiles ranging from Silicon Valley corporations to hacker groups and retired tech philanthropists. This trend will create three major risks for 2016 and beyond.

First, because these actors are opaque and lack the traditional constituencies that help us predict the actions of most political actors, they will be difficult to understand and assess and hard to work with or against. The declaration of war on the Islamic State by cyber-collective Anonymous following the 2015 Paris terrorist attacks makes for a revealing case study. In principle a welcome development, the hackers' past excesses left many observers unsure whether to applaud the new initiative or ignore it. In many ways, “non-government relations” will be harder to manage than government relations ever were.

Second, as these technologists grow more politically active, their influence will undermine government policies. The US tech industry has embraced Chinese political leaders at exactly the time when Washington has sought to take a more resolute stance against Beijing's cyber-offenses. This is a clear example of the private sector undermining official state policy. Alibaba Chairman Jack Ma's calls to create an industry-led “WTO 2.0” is another signal of growing private sector ambitions that could raise unsettling questions about the future of an already messy global governance architecture.

Finally, the political rise of these actors will generate pushback from governments and citizens when they finally realize just how powerful these technologists have become, creating further policy and market volatility. There's little doubt that the European Union's scrutiny of American tech giants has been driven, in part at least, by a tacit mandate from European populations to corner companies so distrusted that they've been assigned their own acronym: GAFA (Google, Apple, Facebook, and Amazon). Meanwhile, from Moscow to Beijing, a rising awareness of the unprecedented reach of figures as “innocuous” as bloggers and e-salesmen has led authorities to view local technology stars with growing suspicion. That's true even for those who are the most celebrated today. (Think back to the rapidly changing dynamic between the Kremlin and Mikhail Khodorkovsky.)

There's much to be celebrated in the increasing power of the most technologically influential. Look to the recent creation of a non-state anti-climate change coalition by former tech CEO Bill Gates, illustrating the most promising breakthroughs that could come from the drive by technologists to exert both social and political power. Governments witnessing this evolution will surely play along when they find it advantageous. But more often than not, the political rise of technologists will create conflicts between competing centers of power. 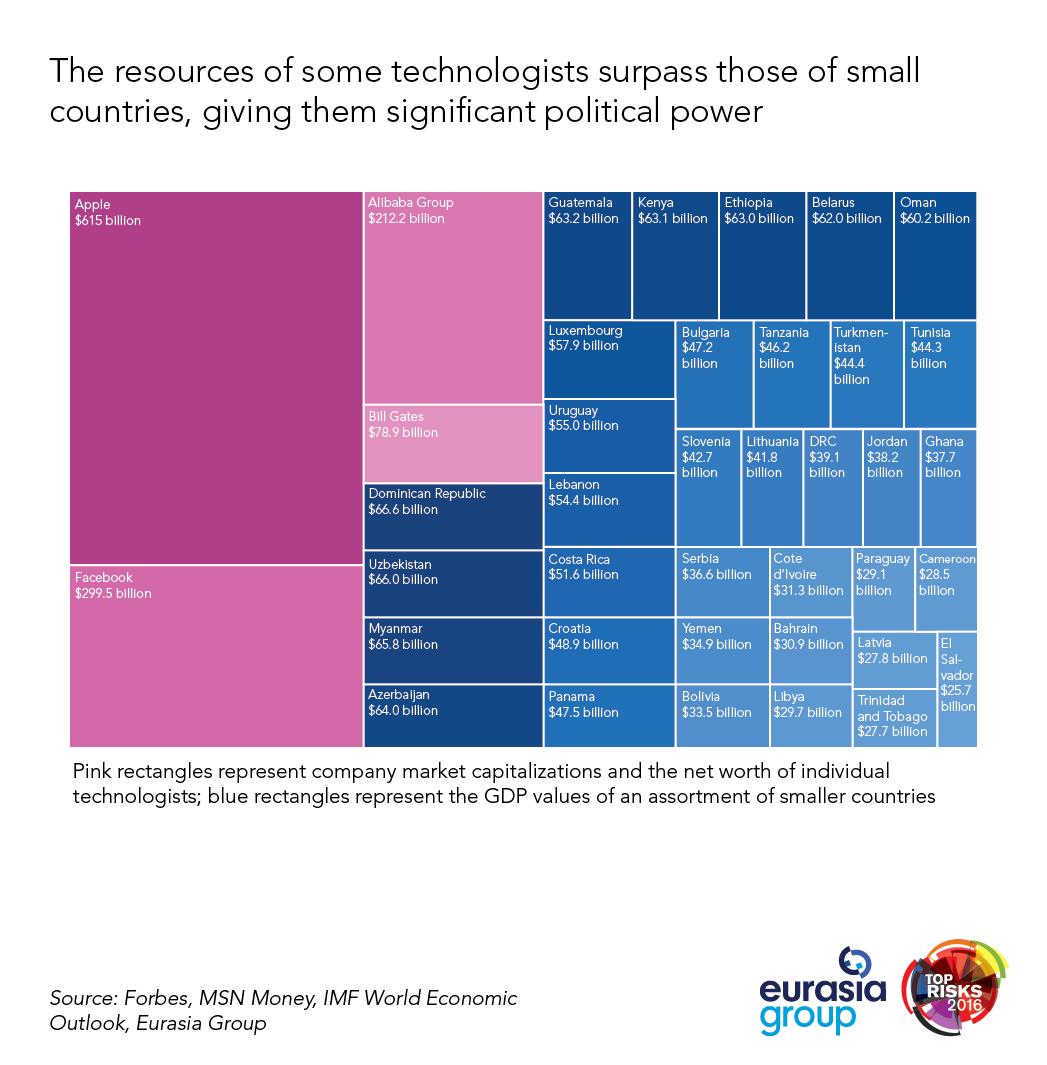