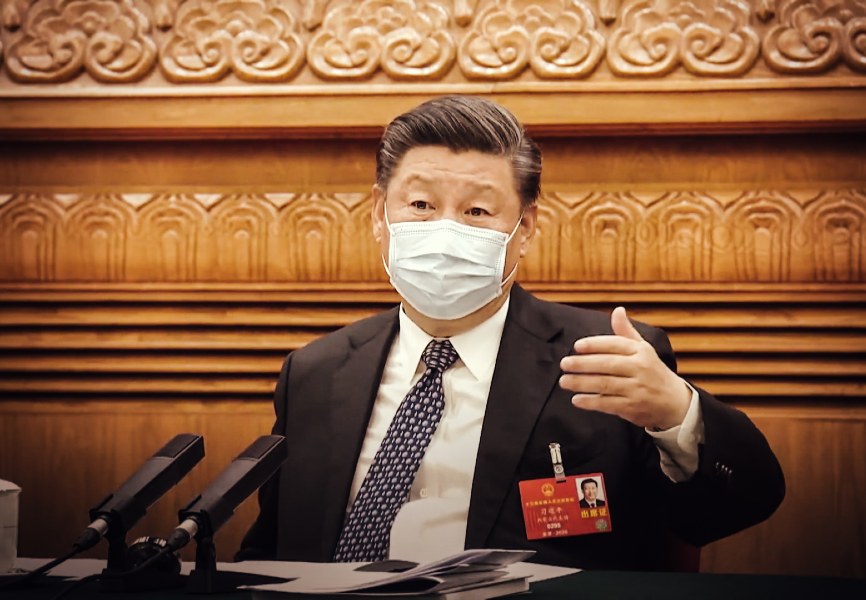 Chinese President Xi Jinping. REUTERS.
The emergence of a deadly new coronavirus in Wuhan early this year posed a domestic political crisis for President Xi Jinping, the country's most powerful leader in decades, as well as a setback to the country's ambitions to project its power on the global stage. But, as Eurasia Group experts Allison Sherlock and Michael Hirson explain, Xi managed to overcome this dual challenge and place his country in a strong position heading into 2021.

What was the biggest story in China in 2020?

The initial pandemic outbreak eroded trust in local governments, exposed significant flaws in public health infrastructure, and triggered a global backlash against China. But over the course of the year, the government's exceptional political will allowed it to contain the disease more rapidly and effectively than in any other large country, delivering a huge propaganda victory for Xi at home and enabling him to recover from Beijing's bungling of the early stages of the crisis. While the leadership is maintaining pressure on local officials to stay vigilant in responding to outbreaks, the hard-earned successes in containment have allowed it to focus on longer term economic and development goals, especially the 14th Five-Year Plan. Of course, the authorities in Beijing were not the only ones to succeed in containing the virus. The democratic regimes of Taiwan and South Korea have also made great strides, showing that an authoritarian system is not a prerequisite for efficient management of a public health crisis.

What was the most overlooked story in China in 2020?

The attention this year on US-China tensions and the pandemic overshadowed another important geopolitical trend: China's emergence as a major player in the world's capital markets. Though the country has long been a superpower in terms of trade and economic clout, it has had a lower profile in global finance because of restrictions on access to its stock and bond markets. But the effort to loosen those restrictions and attract more investment gained a new sense of urgency this year as Washington took steps to limit Chinese firms' access to US markets. A key part of the effort has been securing the inclusion of Chinese stocks and bonds in the indexes that global money managers follow, a process that accelerated this year. China's capital markets opening will give Beijing more influence over global financial flows. In response, Washington has sought to slow the inclusion of Chinese securities in global indexes with new restrictions on investing in Chinese firms with ties to the military. But this action will likely have a limited impact in the context of the sweeping changes underway in China.

What is the most important story to watch in 2021?

As Beijing faced multiple political and economic challenges at home in 2020, the leadership stoked patriotic sentiment by taking a hard line on Hong Kong and other issues perceived as relating to national sovereignty, ranging from Taiwan and the South China Sea to the border dispute with India. Diplomats embraced a so-called wolf warrior approach that has leveraged threats of economic retaliation—for example, against Canada and Australia. But as China's relations with close US allies worsen, some within Beijing's foreign policy establishment are uneasy about this strident approach, especially with the administration of President-elect Joe Biden preparing to take office. While China is unlikely to rein in its wolf warriors in the short term, Beijing will likely exercise more restraint in its diplomacy when it comes to direct dealings with the US, particularly as it seeks to restart relations with a new administration. But Biden is likely to test China on sensitive issues, such as allegations of human rights abuses in Xinjiang, which have already prompted calls to boycott the 2022 Winter Olympics in Beijing.