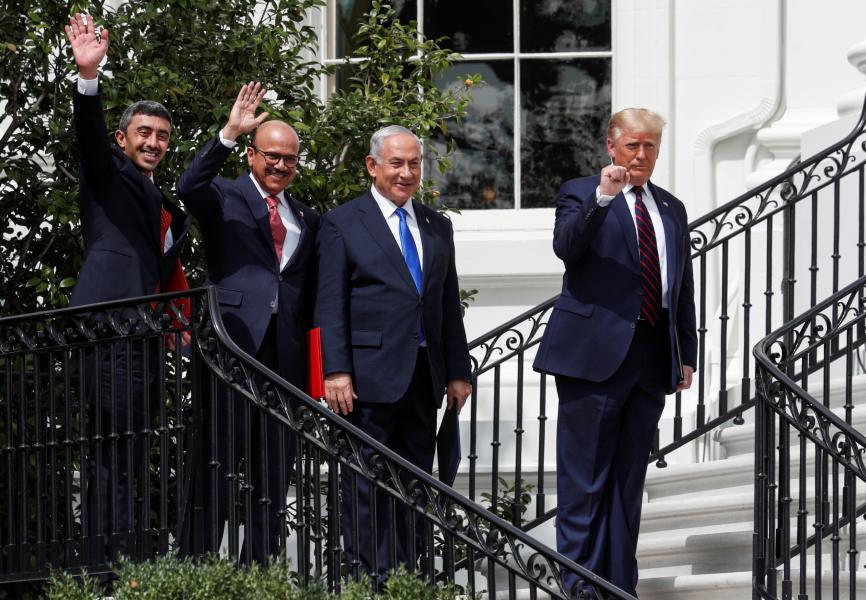 What was the most significant story in the Middle East & North Africa in 2020?

The normalization of ties between Israel and the United Arab Emirates, Bahrain, Sudan, and Morocco in the second half of 2020 has marked the beginning of a new regional order. Under the table, cooperation on security and economic matters between Israel and many Arab states who did not officially recognize it had been growing more robust for years. But this year's announcements officialize the start of a new era where economic, security, and geostrategic pragmatism trump ideological considerations.

Israel and these Arab powers will now gain space to maneuver more openly and effectively in response to perceived shared regional threats, such as Iran and an increasingly assertive Turkey. The trend toward normalization has had other wide-ranging ramifications, such as the US's recognition of Morocco's claims to sovereignty over Western Sahara and its decision to remove Sudan's designation as a State Sponsor of Terrorism, which will ease flows of capital into the country. Normalization will also lead to economic benefits, boosting mutual trade and investment. The big question is likely not if, but when, Saudi Arabia will follow suit. Saudi Arabia most likely signed off on Bahrain's move to normalize relations, which could signal the kingdom's future intentions.

What was the most overlooked story?

Three Arab Gulf leaders' death in a single year has set off power transitions that will subtly shift political, economic, and social dynamics in the region. In Oman and Bahrain, a new generation has come to power. In January, Sultan Haitham ascended to the throne in Oman after the death of Sultan Qaboos, the Arab world's longest serving monarch. Sultan Haitham has introduced a new governance style based on closer discussions with other royals in order to build support for economic diversification and reforms.

Crown Prince Salman bin Hamad bin Khalifa's appointment as prime minister in Bahrain also signals the empowerment of a newer, more reformist generation. He will likely seek to usher in more transparent governance and break with the hardline reputation of his predecessor. In Kuwait, the death of Emir Sabah has not yet led to a generational change; both Emir Nawaf, his successor, and the new Crown Prince Sheikh Mishaal are over 80. That said, Sheikh Mishaal—who is likely to rise to the throne sooner than later—will also strengthen the government's position against a parliament that has long prevented important fiscal reforms.

What is the most important trend to watch for in 2021?

US President-elect Joe Biden's approach to Saudi Arabia and Iran, and the evolving shape of tensions between the Gulf states and Turkey, will be the most important dynamics to watch in the Middle East & North Africa. Biden's promises to take a harder stance on Saudi Arabia on human rights issues and its war in Yemen could alter a core alliance that has shaped the regional order for decades. Even if Biden's approach to these issues turns out to be more pragmatic in office than during his campaign, his posture toward Iran could also impact how the US is perceived by its core regional allies. Saudi Arabia has already started to question the US's commitment to its own security after it failed to respond decisively to Iranian attacks on Saudi oil facilities in 2019. Should Biden brush aside Saudi concerns, the relationship could change decisively. In parallel, Biden will have to contend with the deepening rivalry between its allies in the Gulf and NATO member Turkey. Tensions between Washington and Ankara will continue to have ramifications on security and energy politics throughout the region.