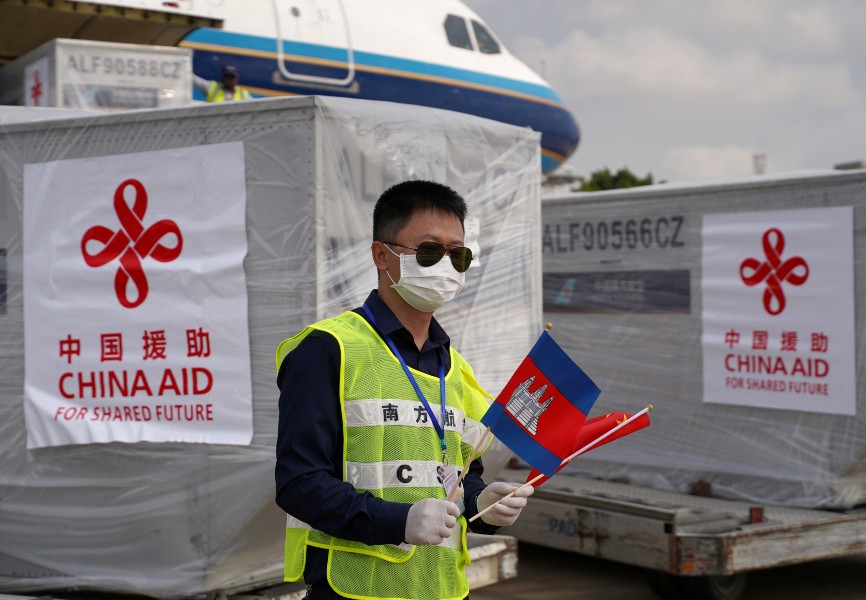 China has sent large shipments of aid to countries hit by coronavirus. REUTERS.
As the number of new Covid-19 cases starts to decline in China, authorities are seeking to leverage the country's experience combating the disease and financial muscle to bolster its influence abroad. Coming at a time when the US has been retrenching, this is the first crisis in which China seeks to play a global leadership role. Eurasia Group expert Kelsey Broderick explains the motivations behind the effort as well as the challenges it faces.

Playing to domestic, as well as international, audiences

In the past couple of weeks, Chinese President Xi Jinping has called his counterparts in France, the UK, Germany, Brazil, Serbia, Poland, Kazakhstan, and Egypt to discuss the pandemic and the need to keep global trade running; Chinese health experts have hosted video conferences with representatives of the 17+1 grouping, the Shanghai Cooperation Organization, and other countries around the world; China has sent large shipments of medical material to hard hit countries from Europe to Africa; and it has started internal discussions about how to deal with external aid requests.

These efforts are the natural outgrowth of a more assertive foreign policy in recent years. Since the 19th Party Congress in October 2017, the country's diplomatic corps has become more focused on promoting China's interests abroad, often at the expense of the US. Amid the current crisis, officials from the two countries have been trading barbs. US President Donald Trump has repeatedly referred to the disease thought to have emerged in Wuhan, China, as the “Chinese virus,” while Chinese Foreign Ministry spokesperson Zhao Lijian has floated the alternative narrative that it may have started in the US.

China's Covid-19 diplomacy also helps Xi accomplish a couple of important domestic goals. First, it buttresses his claims about the superiority of the Chinese governance model, which has come under criticism at home for aggressive containment measures and the silencing of early warnings about the disease. Second, it taps into patriotic sentiment, rallying support for the regime as Xi guides the economy through a painful year.

Challenges at home and abroad

Authorities will have to be careful, however, to not appear to be too generous with other countries, especially at a time of increased domestic hardships. Authorities will try to frame the assistance in ways that highlight the benefit to China. Beijing has a history of pairing diplomacy and economic coercion, including freezing trade with countries that upset it. There are already rumors—so far unconfirmed—that China is offering assistance to some European countries in exchange for promises not to ban the use of equipment made by Huawei, despite the US campaign to sideline the telecom firm.

But the perception that Chinese aid comes with strings attached or is narrowly targeted at furthering its strategic objectives hampers diplomatic efforts. The EU, for example, has long cautioned about China's efforts to build relationships with countries in its orbit and is closely scrutinizing the shipment of surgical masks to countries such as Italy, Hungary, and Serbia in the current crisis. EU foreign policy chief Josep Borrell said in recent blog post that China was trying to use the pandemic to position itself as a reliable partner at the expense of the EU and the US and warned against the politicization of aid.

Also harming Chinese credibility is the discovery of defects of masks and testing kits sent to countries such as the Netherlands, Spain, and Turkey. These types of snafus are likely to be repeated. Moreover, China may at some point face additional questions over Covid-19's origins; the closer scrutiny will not be welcomed by Beijing.

The China International Development Cooperation Agency (CIDCA), established in 2018, has had a relatively low profile to date, but that might be about to change. The head of the CIDCA joined a press briefing last week with the Ministry of Foreign Affairs on coronavirus aid. But the CIDCA is still relatively small and inexperienced; many of China's recent high-profile donations of masks and other equipment have come from the private sector, especially Alibaba founder Jack Ma.

China's foreign exchange reserves are the largest in the world at $3.1 trillion but not an unlimited buffer as exports suffer and the economy slows. It has seen far less capital outflows than other emerging markets since Covid-19 erupted and is not dependent on external financing, but its lending capability could quickly be tapped out. China recently agreed to give USD 500 million to Sri Lanka but it has received requests for help from many other countries, including Ecuador, Pakistan, and Brazil. Financial officials had already been asserting more scrutiny over international lending to avoid the kind of heavy losses that China suffered, for example, on loans to Venezuela.

For now, China is casting itself as upholding the world's existing multilateral system and will not try to supersede institutions such as the IMF. It may prioritize assistance to friendly countries and to participants in its Belt and Road program. Credit lines and loan renegotiations are more likely than debt forgiveness or blank aid checks. And while China's attempts to expand its global influence have benefited from a more isolationist US under the Trump administration, the situation could change under the next US president. 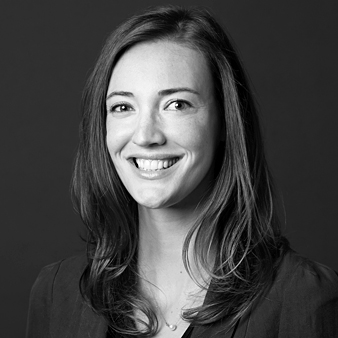 Kelsey Broderick supports the Asia practice's work on a wide variety of issues and countries, with a particular emphasis on China. Prior to joining Eurasia Group, she researched macroeconomic developments and trends in China at the World Bank.