Eurasia Group's Top risks For 2021Top Risks is Eurasia Group's annual forecast of the political risks that are most likely to play out over the course of the year. This year's report was published on 4 January 2021.

OVERVIEWAt the start of 2021, the United States is the most powerful, politically divided, and economically unequal of the world's industrial democracies. China is America's strongest competitor, a state capitalist, authoritarian, and techno-surveillance regime that is increasingly mistrusted by most G20 countries. Germany and Japan are much more stable, but the most powerful leaders both have had in decades are out (former prime minister Abe Shinzo) or on their way out (Chancellor Angela Merkel). Russia is in decline and blames the US and the West for its woes. And the world is in the teeth of the worst crisis it has experienced in generations.

You'd hope a global pandemic would prove an opportunity for the world's leaders to work together. That was at least mostly true after 9/11 and the 2008 global financial crisis. Both were smaller in scale but set against a broadly aligned geopolitical order … and politically functional United States. Not so today.

That matters because just as 2020 was overwhelmingly about healthcare responses to Covid-19 (and how much many governments got wrong), 2021 will overwhelmingly be about economic responses to Covid-19's lingering symptoms and scar tissue (debt burdens and misaligned politics), even as vaccines roll out and the healthcare emergency fades. As economic issues come to the fore, there is no global leadership on political models, trade standards, and international architecture to follow.

In decades past, the world would look to the US to restore predictability in times of crisis. But the world's preeminent superpower faces big challenges of its own, from unemployment and lack of economic opportunity to questions about President-elect Joe Biden's political effectiveness and longevity, the future of the Republican Party, and the very legitimacy of the US political model. The credibility of US foreign policy and the sustainability of US domestic policy will be tested this year as they've not been in the postwar era.

A superpower torn down the middle cannot return to business as usual. And when the most powerful country is so divided, everybody has a problem. Despite an economic recovery, the geopolitical recession—and the factors driving our G-Zero world—will intensify as a result. 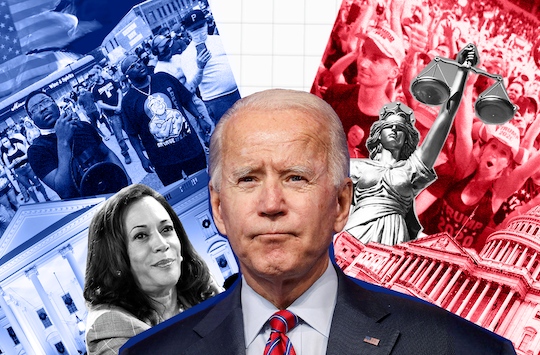 Joe Biden's term opens the era of the asterisk presidency, when the occupant of the Oval Office is seen as illegitimate by roughly half the country … and by the lawmakers these election skeptics send to Congress. 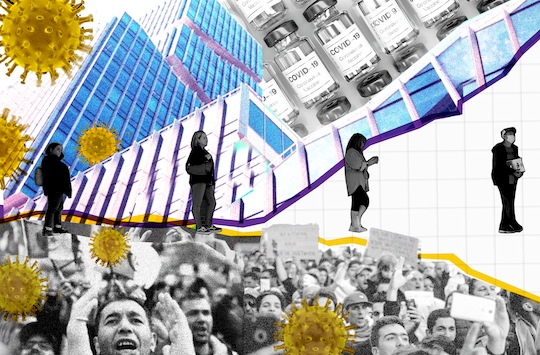 Neither the coronavirus nor its wide-ranging impacts will disappear once widespread vaccination begins. 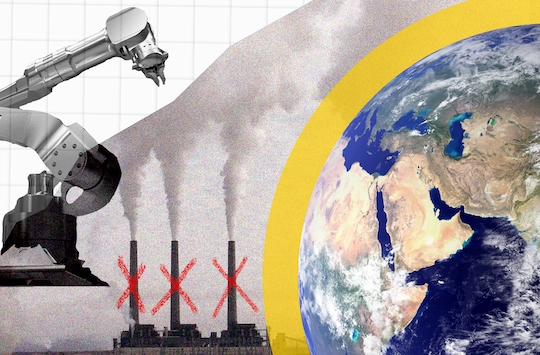 Beyond the headlines, the energy transition will be dominated by competition and a lack of coordination. 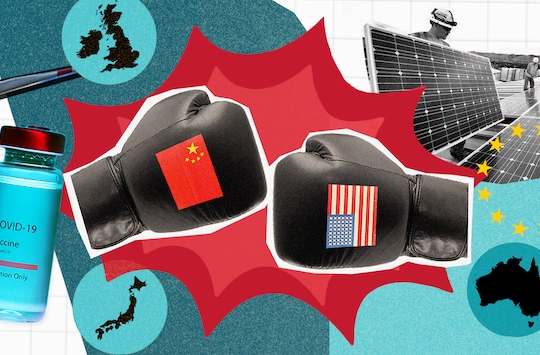 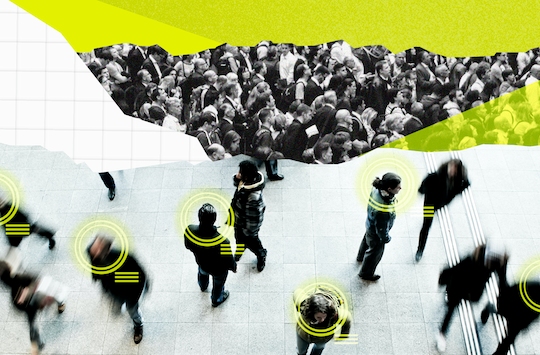 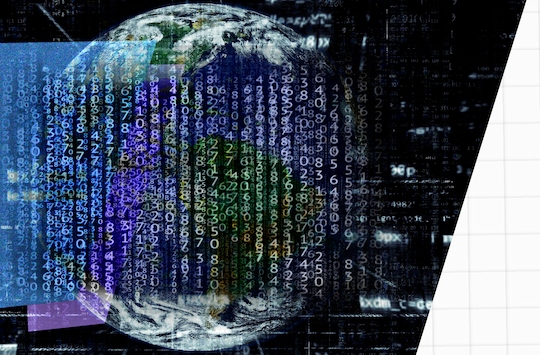 A combination of low-probability, high-impact risks and inexorable technology trends make 2021 the year that cyber conflict will create unprecedented technological and geopolitical risk. 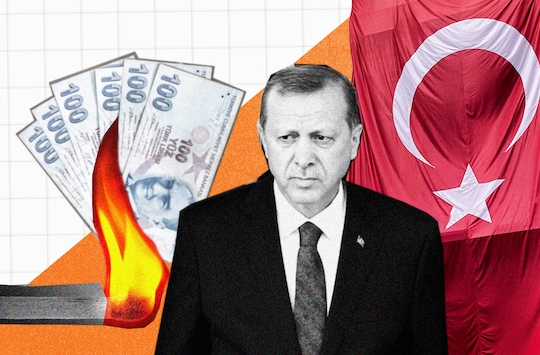 President Erdogan's misadventures will boomerang painfully against the economy. 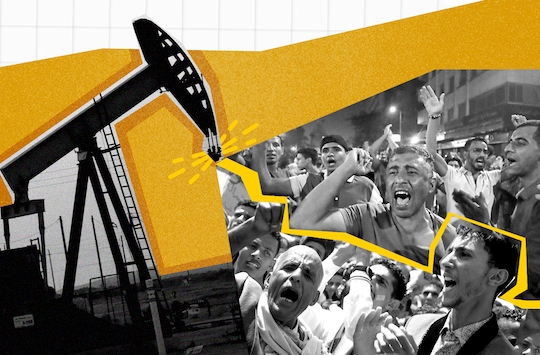 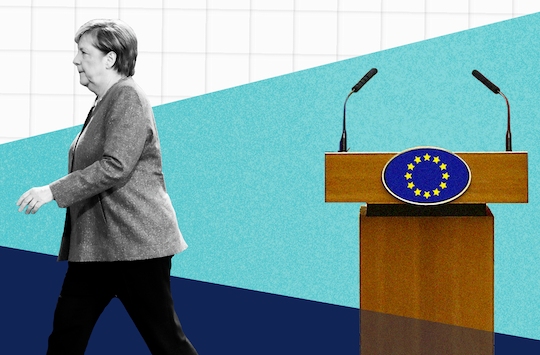 Angela Merkel has been Europe's most important leader, and her impending departure drives the continent's top risk. 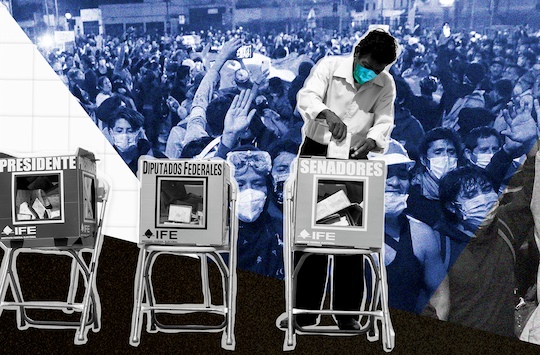 The Middle East is the obvious big coronavirus crisis loser among the world's regions; but Latin America is a clear second. 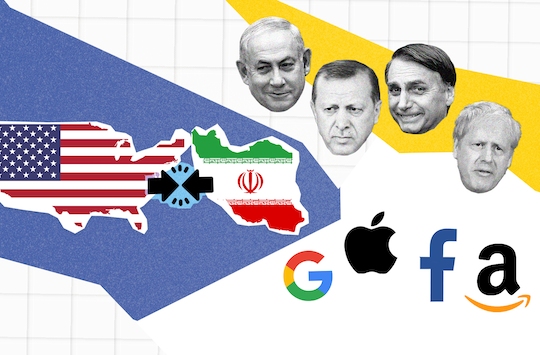 The incoming Biden administration will be willing to engage Trump-friendly leaders on matters of shared interest. Big tech will be saved by the political complexities of the problems it poses. And absent a clear dash to a bomb, the risk of war between the US and Iran is low.

As we start off this New Year, it's impossible to close the door on the pain and suffering we all experienced, together and alone, in 2020. Our world failed us in ways that were terribly plain to see, and that failure stirred anger, hurt, and blame. We've never been so saddened by the failings of our political leaders and institutions as we have been this past year, but also never so aware of the hope in the possibilities before us. And as we have sometimes learned from the worst of our mistakes in history, keeping the pain of 2020 alive also offers promise for the future.

Our thanks to you for your support. We're all connected, some of us more dysfunctionally than we'd like. But we care for each other nonetheless. We'd like to take this moment to express our appreciation; it's one thing from this last year we think worth dwelling on.

With very best to you and yours,