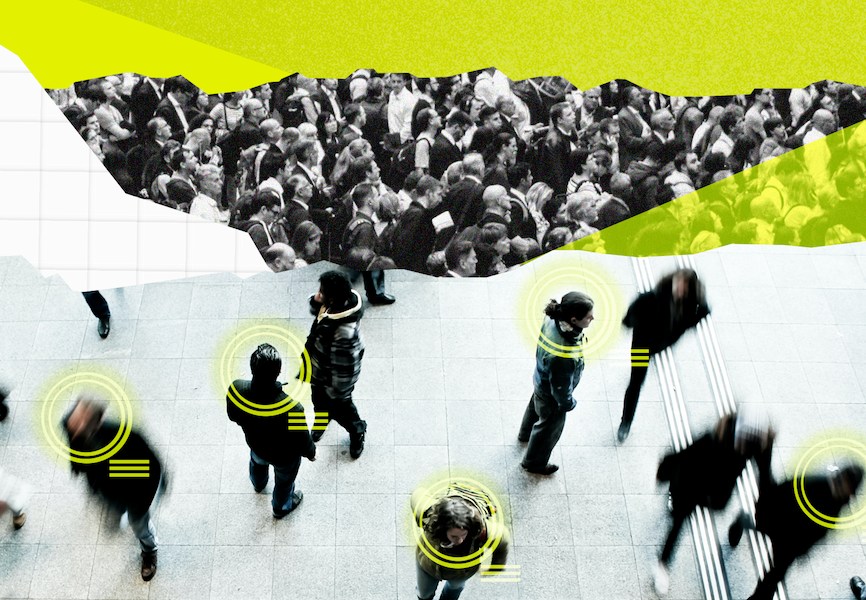 China used to be an outlier in trying to control the flow of digital information. Now its approach is the norm. In 2021, a slowdown or halt to the flow of sensitive data across borders will disrupt business models that rely on free flows.

Data will be a major battleground in the US-China tech cold war, which will continue under Biden. Beijing will accelerate its push for “data sovereignty” as it reduces its reliance on US technology and resists opening its markets to US firms in areas such as cloud computing and social media. The United States will try to ensure that Americans' personal information and the data produced by billions of internet sensors connected to power plants, transportation systems, and other critical infrastructure do not pass through equipment that could be controlled by companies under Beijing's influence.

The global data reckoning starts with strategic competition between the US and China but doesn't end there. Just as the data-driven 5G and artificial intelligence (AI) revolutions are gaining steam, other governments concerned about who is accessing their citizens' data—and how—are disrupting the foundations of an open global internet. The outgoing US administration's attempts to ban the popular Chinese smartphone apps TikTok and WeChat, coupled with India's moves to blacklist dozens of Chinese apps after border clashes last year, risk exacerbating a damaging trend. Authorities around the world have become increasingly preoccupied that their citizens' personal data could fall into the hands of adversaries who could use it to improve their AI algorithms, influence public opinion, or commit blackmail. When the world's biggest economy and its most populous democracy try to ban apps over these concerns, it encourages other countries to do the same. 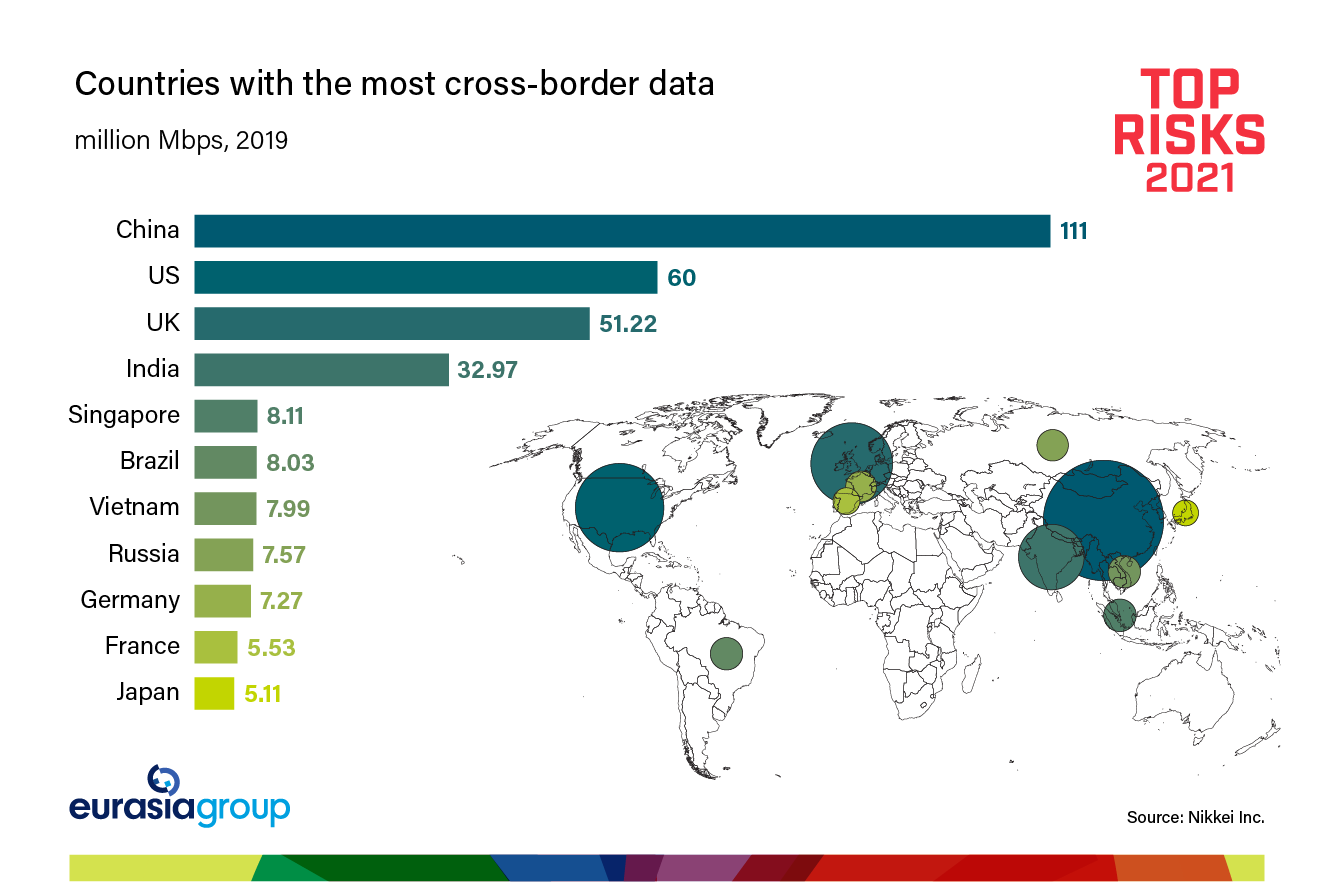 Then there's Europe, where data has become a matter of political “sovereignty.” Washington and Brussels have struggled for years to resolve tensions over government access to personal data, and the dispute is now getting serious. Last year, the EU's top court shredded “Privacy Shield,” the main legal mechanism underpinning the transfer of personal data from the EU to the US, because of pervasive government surveillance. In 2021, Europe's data regulators will come under pressure to enforce the court's verdict. Legal uncertainty surrounding the data flows that support billions of dollars of transatlantic trade will raise costs for businesses. In the worst-case scenario, activists will force the issue and courts will bring data flows to a halt. A short-term fix is possible, but it would sink under the weight of political posturing and legislative obstacles on both sides of the Atlantic.

Growing data protectionism and sovereignty will spill over into fintech and digital currencies this year as well. This will be fed by concerns in Brussels, Washington, and within international financial watchdogs such as the IMF that innovation is getting ahead of regulation, and governments will react strongly to avoid losing control of their monopoly over financial sector data. Protectionist instincts will also be inflamed by China's prioritization of these domains to circumvent the US-dominated legacy financial network, using firms such as Ant Group as well as its central bank digital currency to pioneer alternatives for use in China and in Belt and Road countries. This, too, will challenge the US government's financial data control, creating pushback.
To those who say that data is the new oil: Here comes the new Great Game.
The Biden administration will explore an alliance of like-minded countries to keep data flowing. It could start small, with the countries of the G7 or the D10 (which includes G7 members plus fellow democracies India, Australia, and South Korea). But even if the United States and Europe could bridge differences over privacy, a tall order, other tech-related issues ranging from digital tax to internet platform regulations will complicate the transatlantic tech relationship. And India, whose 1.4 billion consumers make it a critical swing country on global data issues, would have to be willing to roll back protectionist policies that require firms to store sensitive Indian user data domestically.

Interruptions to data flows will force companies to invest in building new data centers and hire more lawyers to navigate a fragmented regulatory landscape. Business models for AI and other innovative tech sectors will be subject to new constraints. Drug and vaccine research will slow as researchers face new barriers to acquiring large data sets and sharing medical or other personal information. And as professional counterparts grapple with app bans and other barriers, they will hamper the world's capacity to coordinate responses to global challenges such as climate change.