Eurasia Group | Risk 7: (Out in the) cold Turkey 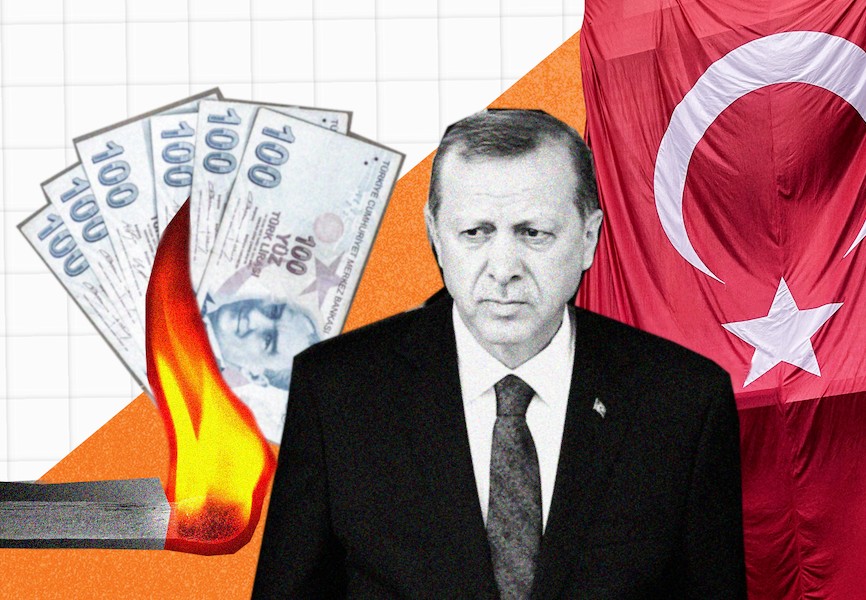 Turkey narrowly averted a financial crisis at the end of last year. But Ankara's fix was a Band-Aid and won't last through 2021.

President Recep Tayyip Erdogan approved a shift to more orthodox monetary policy in late 2020 with the appointment of a credible team and pro-market measures. Markets have given Turkey the benefit of the doubt, but Erdogan's return to transparent policies and inflation-targeting real rates will prove short-lived. Erdogan's political base will be among the worst affected by higher rates, with financial constraints hurting his party's patronage network and the small- and medium-sized enterprises that form the backbone of his support. As pressures grow at home and abroad in the second quarter, Erdogan will once again seek to spur expansion.

The first step will be premature monetary easing. Political pressures driven by the fallout from the coronavirus, a lack of cheap credit, rising unemployment, and plummeting household incomes will increase the risk of a rapid succession of interest rate cuts. This time, though, they will not only prove ineffective, they will also raise the likelihood of economic crisis. Coupled with Turkey's poor Covid-19 response, Erdogan will struggle to win back voters disillusioned with his two-decade rule.

These dynamics will not only stoke social tensions and prompt a crackdown against the opposition, but they will also lead to more foreign-policy adventures to stoke nationalist sentiment and distract Erdogan's supporters. And this year, the president won't have friends to shield him from the consequences. Trump has restrained the US foreign policy establishment's impulse to end longstanding cooperation with Turkey, while Germany's Merkel has taken an even-keeled approach toward Erdogan. But Trump is leaving, and Merkel will soon follow. Even Erdogan's on-and-off supporter Russian President Vladimir Putin has grown more frustrated with the Turkish leader. And Turkey's financial backer, Qatar, will have more flexibility to distance itself from Erdogan as the pressures it faces within the Gulf Cooperation Council ease. 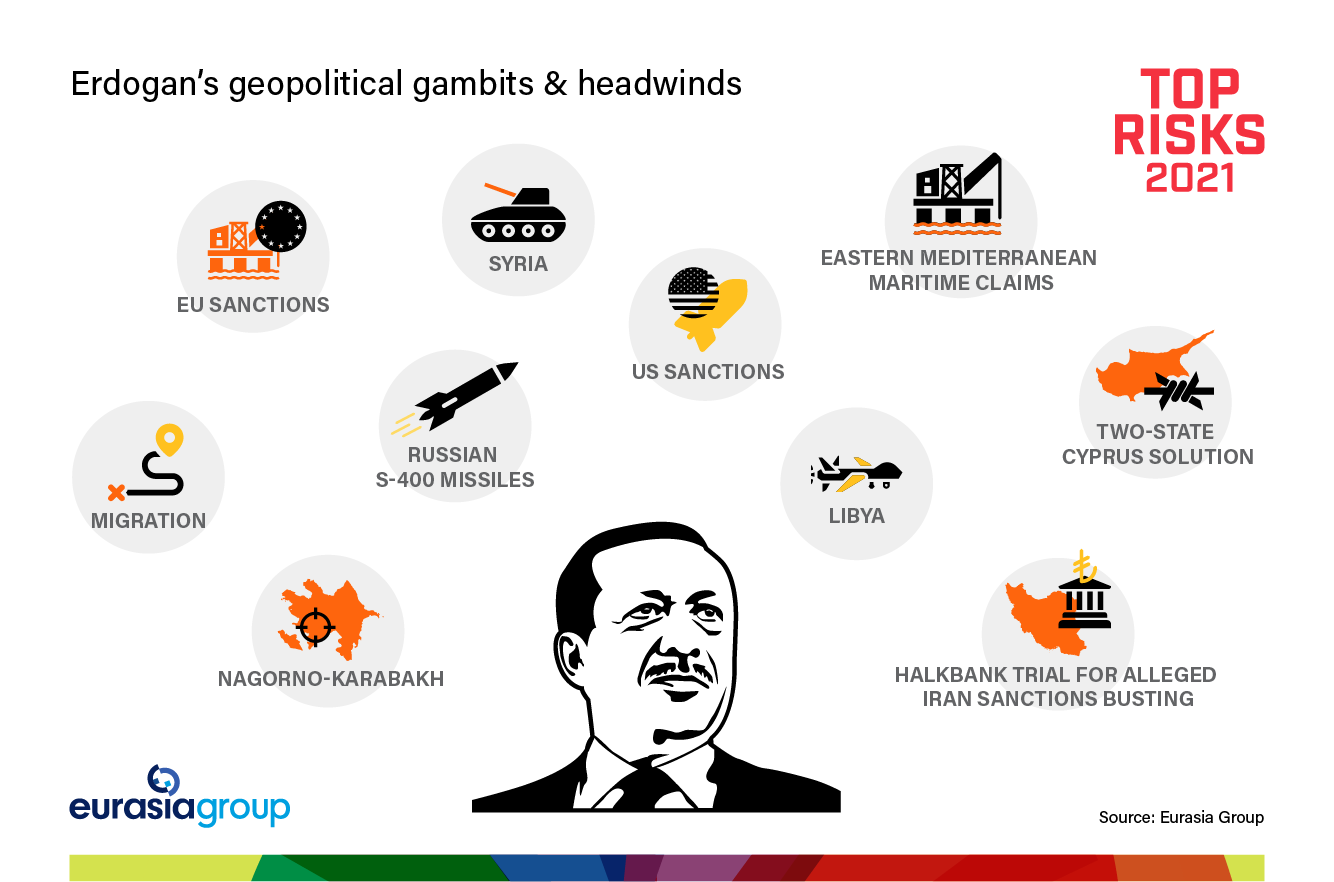 Cornered, Erdogan will take tougher action in the Eastern Mediterranean and across the region, especially on energy, selectively escalating tensions with the European Union—particularly France, Greece, and Cyprus—as well as with Middle Eastern rivals led by the UAE. Diplomatic efforts managed to stave off crisis in 2020 in the form of a costly proxy war in Libya or direct conflict with Greece and France in the Aegean. But they face higher hurdles this year, as does the United Nations process for mediating a reunification of Cyprus. While open war involving Turkey and Cyprus or Greece is unlikely, the possibility of military confrontation is increasing.

With Merkel on her way out, France's Emmanuel Macron will be Europe's most powerful leader. Macron's disdain for Erdogan is no secret—they have clashed openly about Turkey's policies in the Mediterranean, Libya, and Syria, and more recently over the role of Islam in Europe. The French president will likely push successfully for new EU sanctions this year, souring relations further.
Erdogan's misadventures will boomerang painfully against the economy.
In Washington, Biden's effort to reset relations with Ankara will quickly run into trouble. Trump's move to impose sanctions on Turkey over its Russian S-400 missiles relieves Biden of a decision that could pose an obstacle to more positive engagement. But the new US president will nonetheless struggle to tout the importance of ties with a NATO ally while Erdogan refuses to give up the S-400s or settle the Iran sanctions-busting case in the US against Turkish state lender Halkbank. That means more US sanctions later this year.

Erdogan's misadventures will boomerang painfully against the economy, because Turkey needs international goodwill to revitalize growth. It will remain dependent on predominantly Western financing, despite Ankara's best efforts to find alternative funding sources—including China. As geopolitical pressures drive Turkey's financial risk premium higher, the odds of a balance-of-payments crisis will rise, making Ankara look more like the economic basket case that it was in the 1990s than the emerging-market darling Erdogan led until the 2010s.