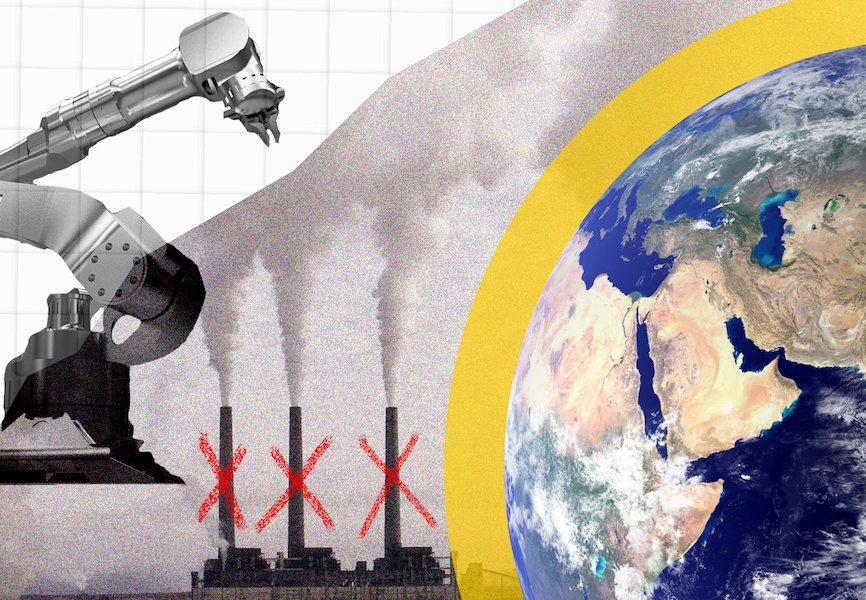 Last year was planet Earth's hottest on record, and governments and companies have announced new policies to address the growing crisis.

Most importantly, the United States is now in the game. Biden has said he's ready to rejoin the Paris Agreement on day one and to commit the world's largest economy to net-zero emissions by mid-century or sooner. That's not just a reversal of Trump's climate neglect, but a step toward a new era of global cooperation, the triumph of net zero over G-Zero. Or so the story goes. In reality, there will be costs for companies and investors from greater climate ambition and risks from over-estimating how coordinated new climate plans will be.

The White House will indeed launch significant climate actions. These will have experienced personnel at the helm, with John Kerry leading the international climate effort and Gina McCarthy and Brian Deese—climate policy veterans from the Obama years—quarterbacking the domestic plan. That policy will have to come through executive action, given resolute Republican opposition in Congress, but there is still much the administration can do, from new methane pollution rules to fuel efficiency standards and the integration of climate considerations into financial regulation. States will also participate in the climate charge this year as Biden allows policy leaders such as California free rein to march ahead with ambitious agendas, including new bans on the future sale of internal combustion vehicles, new carbon pricing schemes, and low-carbon fuel initiatives.
Beyond the headlines, the energy transition will be dominated by competition and a lack of coordination.
Lawsuits adjudicated by conservative-leaning courts will loom large, as will the possibility of a Republican winning the White House in 2024, with the associated threat of regulatory rollback. But in the meantime, new executive action will press ahead, bringing new costs and constraints for the private sector, while setting into motion market realities—including an accelerated downward trajectory in clean energy costs—that will be difficult to reverse.

The Biden administration's approach will lead to a new wave of long-term climate commitments and targets, many of which will be aimed at achieving net-zero emissions by mid-century. The UN climate conference at the end of the year in Glasgow will provide a focal point for these announcements and overtures. In short, climate commitments will matter in 2021 like never before.

But beyond the headlines, the energy transition will be dominated by competition and a lack of coordination. India, Australia, and Brazil will fiercely protect their carbon intensive assets from international pressure and competition. Europeans will remain the biggest climate investors at home and abroad, and they will also prepare to start taxing imports from high(er) carbon countries such as China, Russia, and the United States. China will launch a massive domestic decarbonization program as part of its 14th five-year plan while using its state capitalist model to dominate global supply chains for new technologies. And as the US scrambles to catch up to China in what will quickly become a global clean energy arms race, it will make climate and the energy transition a matter of industrial and national security policy. 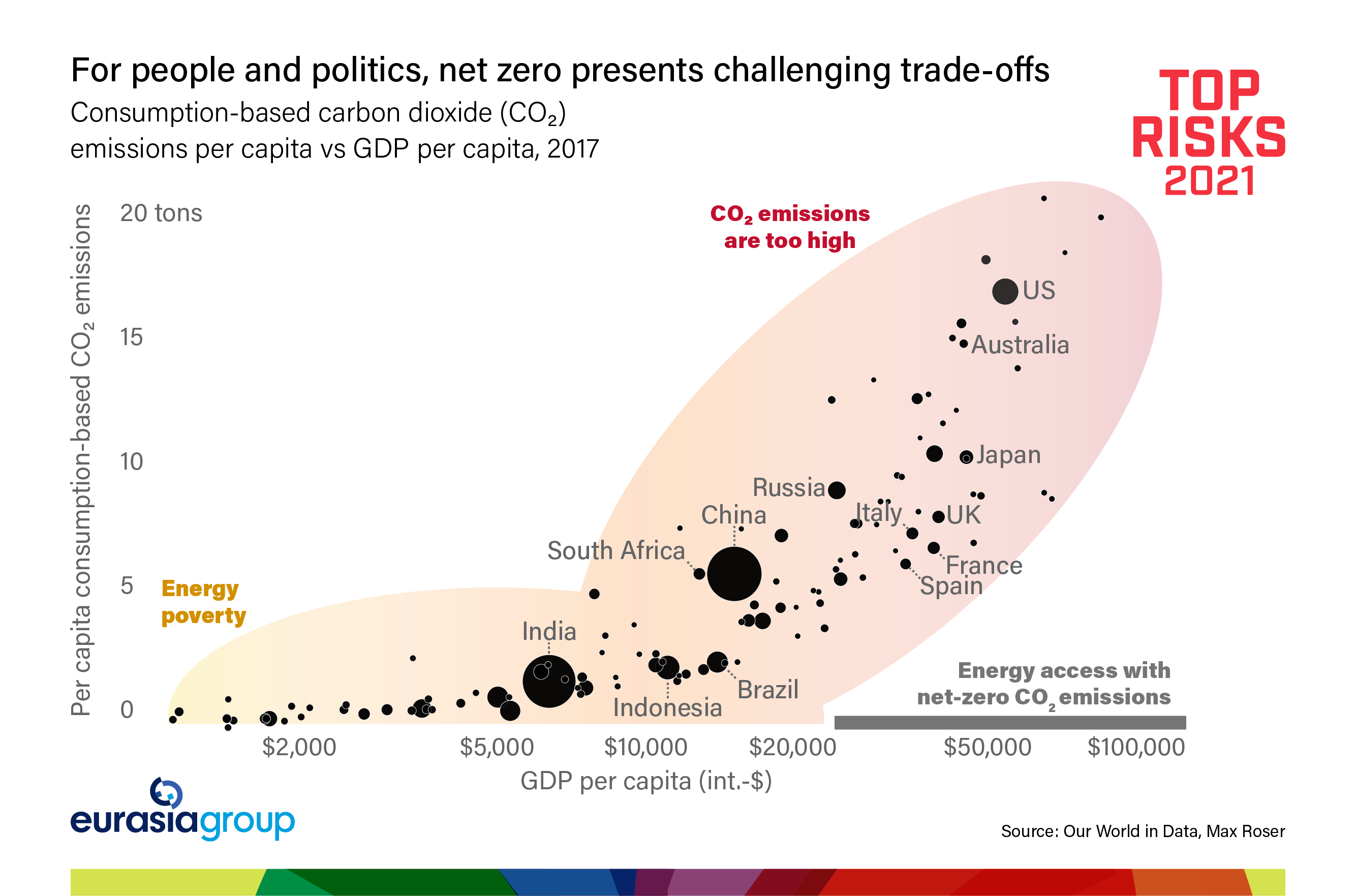 The bottom line: In 2021, climate will go from a playground of global cooperation to an arena of global competition. Across a range of clean technologies—but especially batteries, power control systems, and other commanding heights of the 21st century energy economy—China's longstanding industrial policy approach will be met by its new US counterpart across the Pacific. Some parts of the clean energy supply chain will come under bifurcation pressures not unlike those seen in 5G, particularly where the security of ever-more complex grids is involved, such as with transformer equipment.

Make no mistake, the push for net zero will create enormous opportunities for private capital, especially the growing pool of environmental, social, and governance dollars and euros. But politics will be decisive, and winners and losers will be determined by factors other than market forces.

The result will be an already fractured world drifting further apart. Of course, there will be plenty of triumphant handshakes and the appearance of climate progress with new net-zero announcements. Ironically, the prospects for limiting temperature increases to 2 degrees Celsius above pre-industrial levels have never been more robust than in 2021. But businesses risk big losses if they focus only on net zero and not on G-Zero.