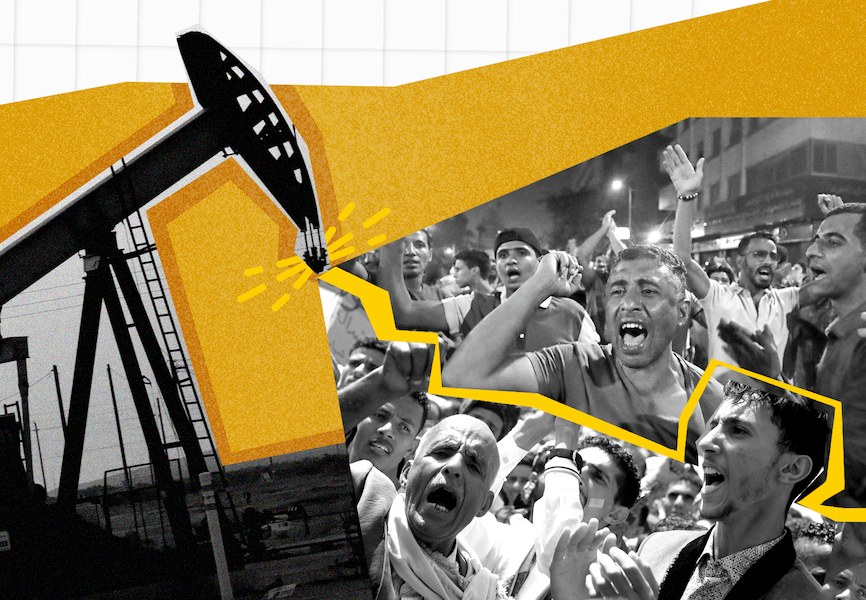 The Middle East and North Africa's energy-producing countries faced a tough 2020. This year will be worse.

The collapse in global energy demand left governments from Algeria to Iran with less cash flowing into their coffers as the pandemic sickened their citizens and weakened their economies. Energy prices will remain low, even as vaccine distribution ramps up, keeping the pressure on governments that already faced instability before Covid-19 struck. Many will cut spending, damaging nascent private sectors and fueling unemployment. Protests will intensify and reforms will slow.

The risk of unrest is also high in Algeria, home to a fragile political transition after protests forced the resignation of longtime leader Abdelaziz Bouteflika in 2019. Algeria will hold parliamentary elections later this year, and officials have drafted a new constitution, which will cement modest governance reforms. Low energy prices will exacerbate the country's economic malaise and drive up the cost of living, making it harder for the government to pursue reform and sending more angry citizens into the streets.
Energy prices will remain low, keeping the pressure on governments that already faced instability.
Low oil prices are a headache for Mohammad bin Salman. The Saudi crown prince and king-in-waiting has been forced to slash spending on his signature Vision 2030 projects while lowering subsidies to the population. The long-term revenue outlook is troubling, and recent hints that the UAE is reevaluating the utility of OPEC compound the uncertainty. The crown prince's popularity with young people will decline unless he delivers more economic opportunity.

Nor will Mohammad bin Salman have a close friend in the White House. While Biden will disappoint his progressive supporters by not severing ties with Saudi Arabia, the crown prince will find American neglect jarring after four years of a blank check (and sword dancing) under Trump. Biden support for a green energy transition is a big hit to the kingdom's global influence in the medium term, even as the Saudis work to find areas for clean energy cooperation with the new US administration. Softer commitments on defense cooperation with Saudi Arabia will come with renewed US outreach to Iran, a worrisome mix from Riyadh's perspective. The risks to Mohammad bin Salman's succession are low but real. 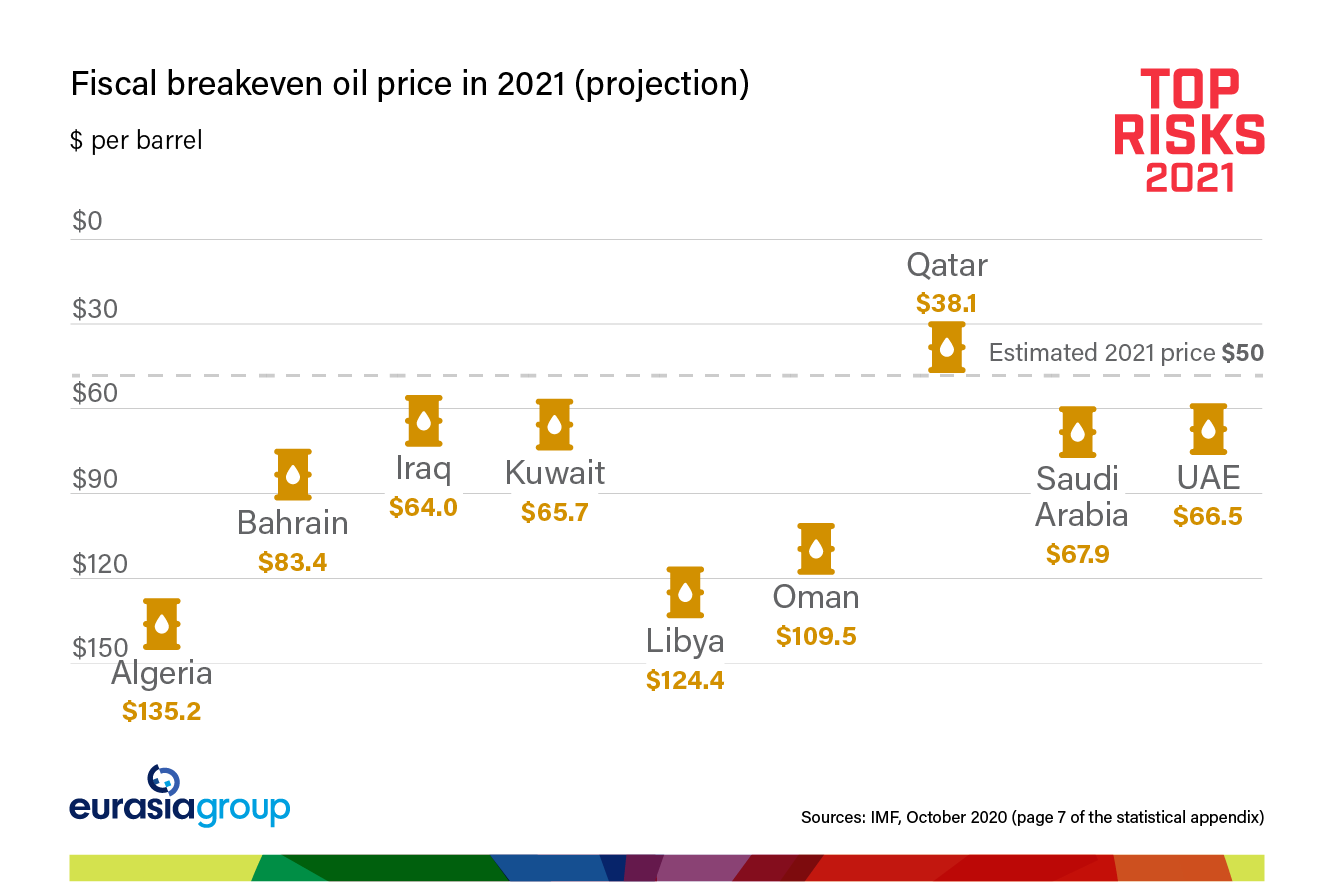 State finances will also weaken in Oman and Kuwait, which both have new leaders. The new sultan of Oman is pursuing fiscal reforms with greater confidence, but the transition will remain challenging, and he has little margin for error. Kuwait's new emir is inheriting a bloated public sector and will struggle to cut the salaries that represent nearly half the state's budget. Kuwaiti elites are openly discussing a plan to repeg the currency, which could trigger a chain reaction across the Gulf.

Finally, low oil prices mean that Saudi Arabia, the United Arab Emirates, and Qatar will have fewer resources to spend on their regional clients and proxies. Consider Lebanon, whose traditional Gulf friends have been unwilling and unable to bankroll a government amid an existential crisis. Tunisia, Egypt, and Jordan will also be left without a security blanket.