Eurasia Group's Top risks For 2018This is Eurasia Group's annual forecast of the political risks that are most likely to play out over the course of the year. This year's report was published on 2 January 2018.

Yes, markets are soaring and the economy isn't bad, but citizens are divided. Governments aren't doing much governing. And the global order is unraveling.

The scale of the world's political challenges is daunting. Liberal democracies have less legitimacy than at any time since World War II, and most of their structural problems don't appear fixable. Today's strongest leaders show little interest in civil society or common values.

In the 20 years since we started Eurasia Group, the global environment has had its ups and downs. But if we had to pick one year for a big unexpected crisis—the geopolitical equivalent of the 2008 financial meltdown—it feels like 2018. Sorry.

Last year, we wrote that the world was entering a period of geopolitical recession. After nearly a decade of a slowly destabilizing G-Zero framework, the election of Donald Trump as president in the US has accelerated the descent into a Hobbesian state of international politics. The world is now closer to geopolitical depression than to a reversion to past stability.

“America First” and the policies that flow from it have eroded the US-led order and its guardrails, while no other country or set of countries stands ready or interested in rebuilding it … significantly increasing global risk. We now see more clearly a world without leadership.

After nearly a decade of a slowly destabilizing G-Zero framework, the election of Donald Trump as president has accelerated the descent into a Hobbesian state of international politics.

The challenges posed by Trump's approach to international affairs are the product of his unilateralist agenda and retrenchment, creating confusion for allies and rivals alike. What does the US stand for? What does the Trump administration hope to achieve? Is Trump a revolutionary or a pragmatist? Is the belligerent tone of some of his speeches and most of his tweets just an expression of his negotiating style or might he really take actions that push the US and others to the brink of war? Is “Make America Great Again” policy or political performance art?

The decline of US influence in the world will accelerate in 2018. The mix of soft power and economic and political liberalism faces a crisis of credibility. With little sense of strategic direction from the Trump White House, US global power, used too aggressively by George W. Bush, then too timidly by Barack Obama, is sputtering to a stall.

Concerns about the prospects of a geopolitical depression form the backdrop for our top ten risks this year. 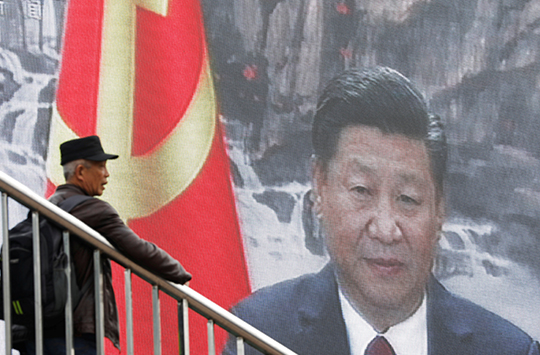 Until last year, China had avoided talk of global leadership, but now China is setting international standards with less resistance than ever before. 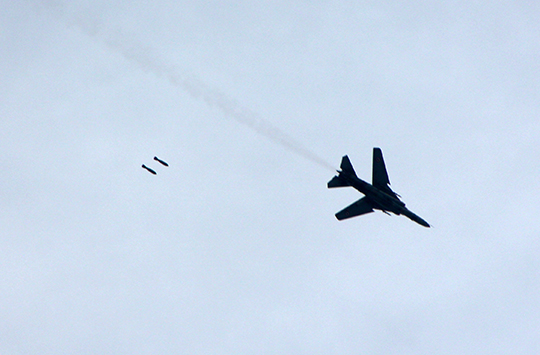 It's impossible to ignore the risk of a major crisis today, because there are too many places where a misstep or misjudgment could provoke serious international conflict. 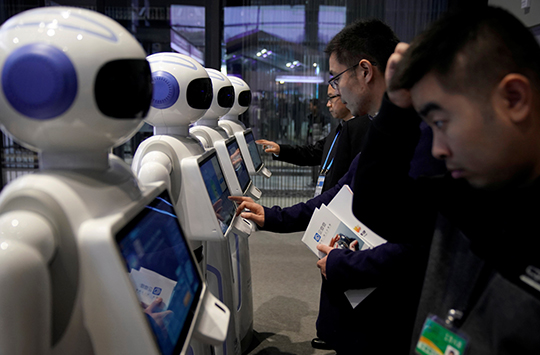 The latest wave of innovation takes place at a time of broader tensions within the internet and technology spaces that will play an important role in 2018. 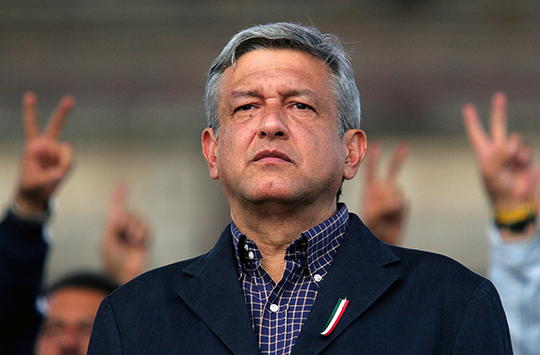 This year will be a defining moment for Mexico's longer-term outlook, which will depend on the outcome of NAFTA renegotiation and the country's 1 July presidential election. 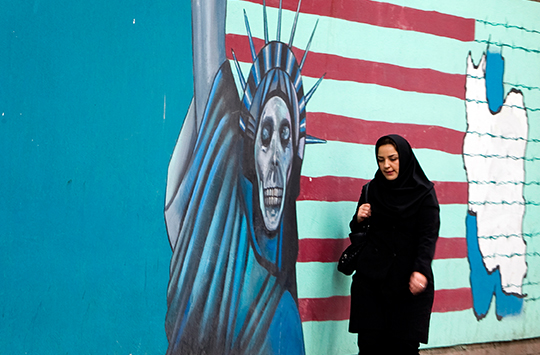 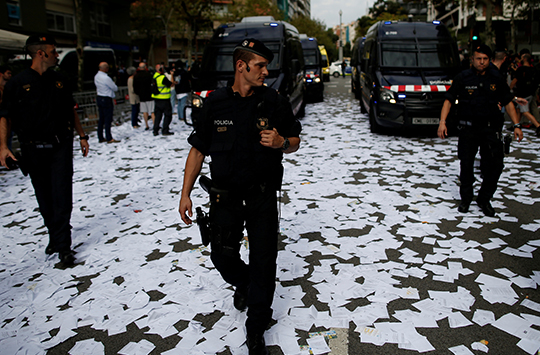 6. The erosion of institutions

Across the developed world, popular trust in technocratic/bureaucratic institutions has declined steeply, in some instances as a result of direct political interference in their work. 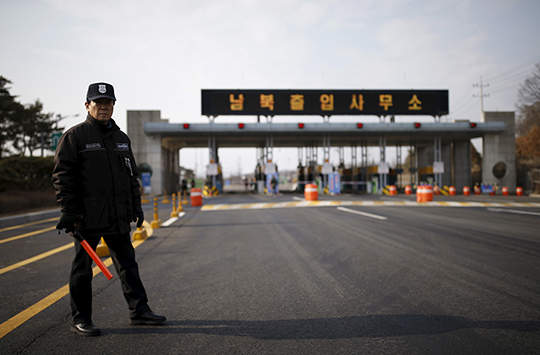 Antiestablishment movements have forced policymakers to shift toward a more mercantilist approach to global economic competition. Walls are going up. 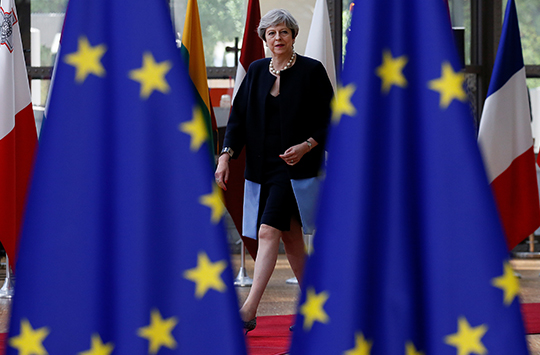 The United Kingdom's troubles will come from both acrimonious Brexit negotiations and difficult domestic politics. 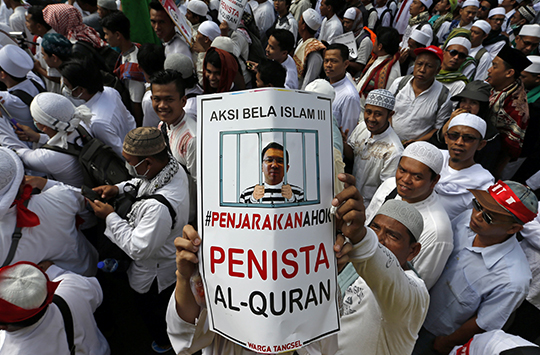 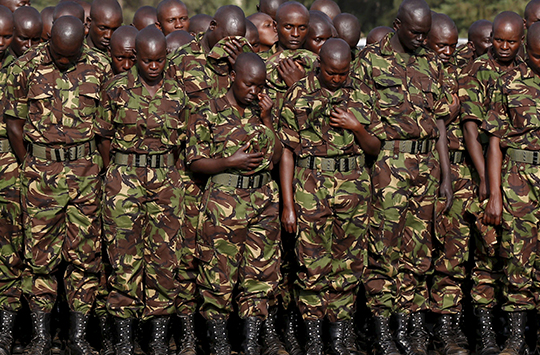 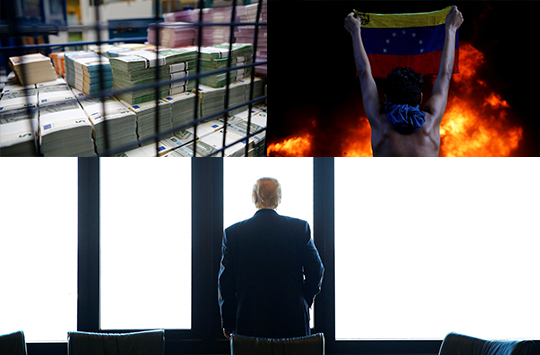 For 2018, the Trump White House promises a year of blazing one-day headlines, but almost nothing that moves the needle on policy. Germany must regain its footing after a tumultuous electoral season, Italy will face a contentious election, and President Emmanuel Macron's war on vested interests won't become any easier in France. Venezuelan President Nicolas Maduro heads into 2018 in a relatively comfortable position.

It's hard to believe, but Eurasia Group turns 20 this year. We're no longer teenagers (that's more obvious with Cliff). There's a real political risk industry these days; who knew when we started that it would be such a big deal? We're proud to be leading it.

Thank you so much for your support over all these years. It means the world to us. Big things coming from Eurasia Group this year. Can't wait to share.