THE “AFRICA RISING” NARRATIVE REMAINS APPEALING, but this year will face a new challenge. The continent's core countries (Cote d'Ivoire, Nigeria, Kenya, and Ethiopia, among others) have recently demonstrated robust investment climates, and they've been generally sealed off from the troubles of the “periphery” (Mali, South Sudan, Somalia, etc.). But in 2018, negative spillover from Africa's unstable periphery will increasingly spoil the continent's success stories.

Foreign partners who have helped stabilize weak governments in the past are distracted. In the east, a preoccupied Europe has reduced its salary support for troops of the UN-mandated African Union Mission to Somalia operating in the Al Shabaab hotspot. Across the Sahel, the G5 counterterrorism partnership of Chad, Niger, Burkina Faso, Mali, and Mauritania plans to launch a 5,000-strong force in March 2018. But differences among France, the US, and UN officials will slow the necessary funding, leaving the region at risk, despite an injection of financial support from Saudi Arabia and the UAE.

The growing fragility of Africa's top performers has several implications. Kenya, Nigeria, Uganda, and Ethiopia face increased security costs at a time when their governments need to reduce spending. A spike in attacks would also undermine foreign investment perceptions already shaken by the election-related violence in Kenya, a growing social protest movement in Ethiopia, and presidential succession uncertainties in Nigeria and Uganda.

Foreign investors may see their assets directly targeted. Tourist and energy installations will be especially at risk. This will put downward pressure on FDI into the continent, leaving development reliant on limited local capital. And the pressure of security-related refugee flows—on countries in the region and in Europe—will not abate, creating a headache for policymakers on both sides of the Mediterranean. 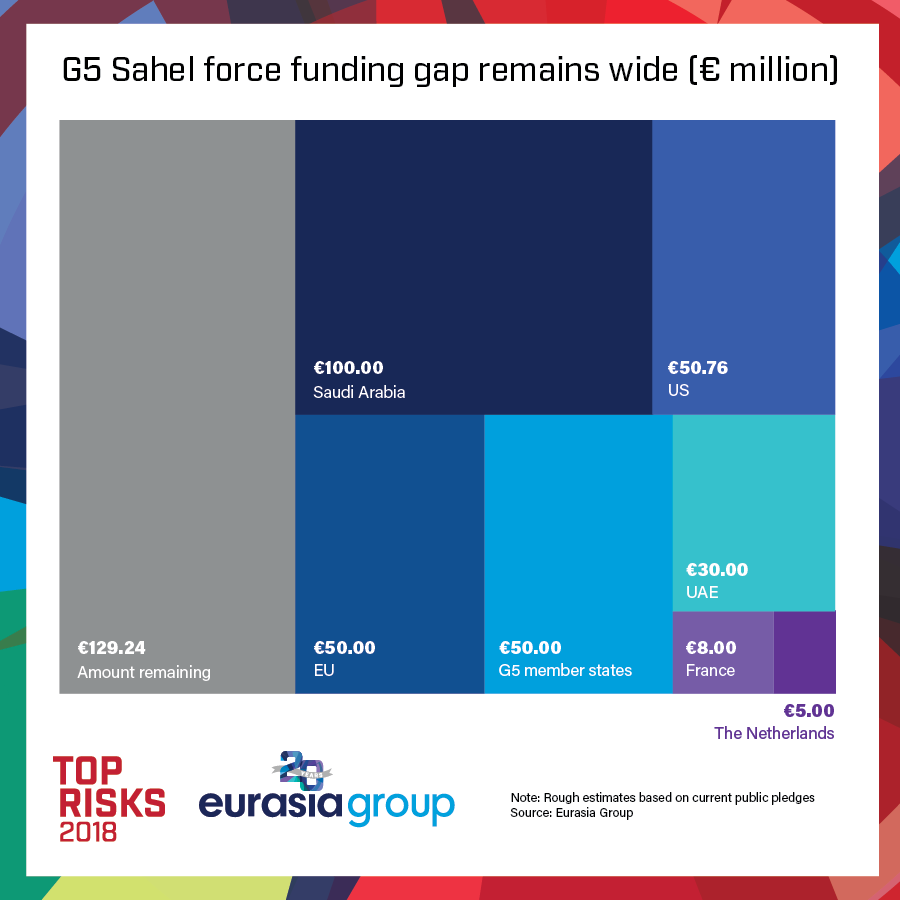