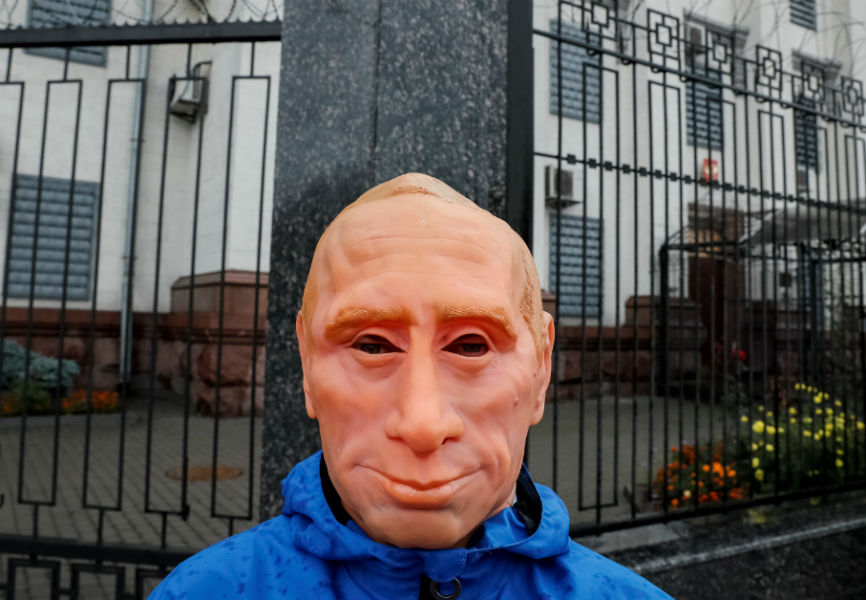 A human rights activist wearing a mask depicting Russian President Vladimir Putin takes part in a performance called "Where is Ervin" demanding Russia to investigate all cases relating to what they say are kidnappings of Ukrainian citizens on the Crimean peninsula after its annexation, in front of the Russian embassy in Kiev, Ukraine September 25, 2018. REUTERS/Gleb Garanich
The region's politics were defined by US-Russia tensions and weak economic growth in 2018. These trends are set to continue in 2019, with the potential to worsen. Eurasia Group expert Alex Brideau signals the flashpoints to watch for.

The Helsinki meeting between Donald Trump and Vladimir Putin, friendly as it was between the two leaders, put on clear display the disputes and mistrust between Washington and Moscow, showing why the bilateral relationship is not going to improve anytime soon and why there will be more (mild) US sanctions against Russia in 2019. It's still not clear what Trump and Putin agreed to in their one-on-one conversation in July. That lack of clarity was enough to lead the US Congress to essentially threaten the Trump administration with a choice: Sanction Russia on your own, or watch Congress force you to do more. In the end, that ultimatum led to more sanctions, and two follow-up meetings between the US and Russian leaders were canceled. In 2019, more sanctions are likely, Putin's foreign policy won't change meaningfully, and Trump's favored brand of personal diplomacy will hit a wall of opposition in Washington in the case of dealings with Russia, assuming he even gets a chance to sit down with Putin.

What's the one big election to watch out for in 2019 and why?

Five years after the revolution that put Ukraine on a reformist and pro-Western path, the country faces two major elections for president in March and parliament in the fall. Voters are frustrated with the continued fighting with Russia-supported forces in eastern Ukraine, the difficulties faced by the economy, and the slow pace of reforms. Whoever wins will have a hard time winning the public's confidence. But the elections carry geopolitical ramifications, too. Russian interference is highly likely, and the votes come amid elevated tensions between Moscow and Kyiv over the war and other economic and social rifts. The situation in Ukraine is one of several potential triggers for new Western sanctions against Russia in 2019.

Political stability in the rest of the region is likely to deteriorate next year, but that doesn't mean major crises are imminent. Setting aside the tensions with Ukraine, Russia's Putin will face another year of lukewarm (for him) domestic support, given a sluggish economy. But his approval ratings are still over 60%, and there's no alternative to his leadership. Other oil producers in the region face similar concerns with weak growth. As in Russia, the macroeconomic picture in Kazakhstan and Azerbaijan looks good enough to absorb shocks to commodity prices. But the impulse to make major reforms to improve the business climate or diversify economies will continue to play second to maintaining regime stability in these countries. Not much will change, and the political fallout from weak economies will remain a long-term concern. 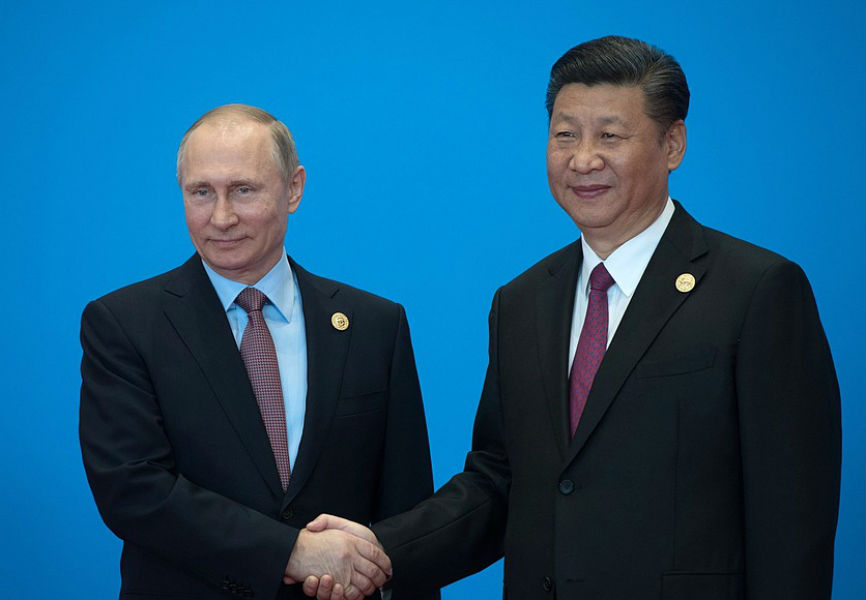 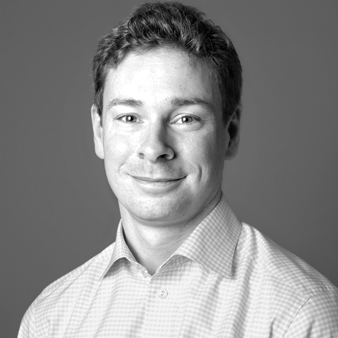 Alex Brideau leads the firm's coverage of Russia's foreign policy, Ukraine, and the broader Eurasia region. He examines developments related to US and EU sanctions against Russia, Ukraine's economic reforms and its IMF loan program, the conflict in eastern Ukraine, Russia's engagement in European and Asian energy markets, and trade and political relationships between Russia and its regional partners.