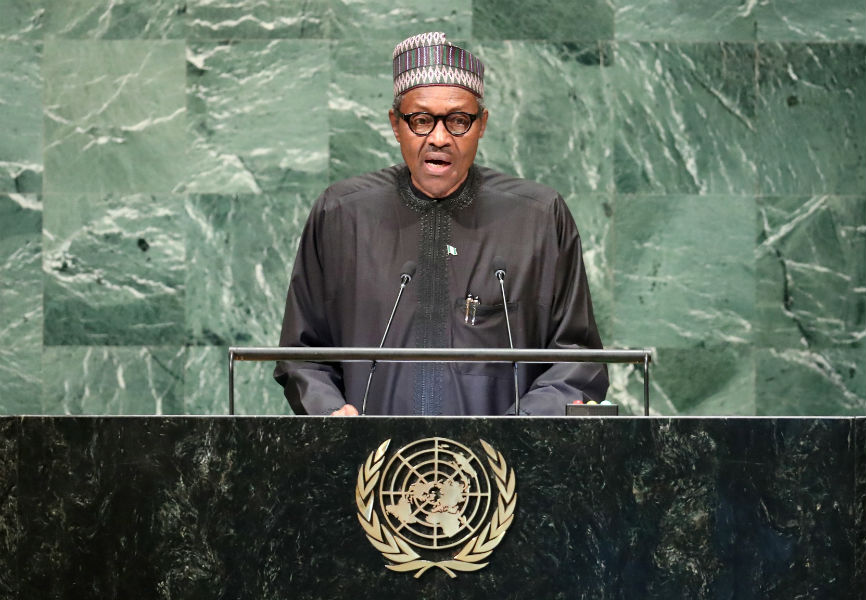 Nigeria's President Muhammadu Buhari addresses the 73rd session of the United Nations General Assembly at U.N. headquarters in New York, U.S., September 25, 2018. REUTERS/Carlo Allegri
Following a year marked by an important course correction in South Africa after the ouster of Jacob Zuma, African politics in 2019 will be shaped by a closely contested election in Nigeria and the beginning of electoral cycles in a host of other countries. Eurasia Group expert Amaka Anku explains what to watch for.

Zuma was unseated as South Africa's president early in 2018, but the impact of his economic legacy will be felt into 2019 and beyond. Markets were optimistic that President Cyril Ramaphosa would revive the nation's sluggish economy when he took over in February, but hopes for a swift turnaround were dashed when it became apparent that the damage done by Zuma would linger for years to come. Not only will it take much longer to repair the government departments, agencies, and state-owned companies that were deliberately undermined to keep Zuma and his cronies in power and to enrich their patronage network, but the pro-Zuma faction in the ruling African National Congress will remain a significant force. Although Ramaphosa is likely to win the 2019 election decisively and prevent Zuma's allies from regaining political control, the persistent threat they pose will hinder his reform agenda and force him to continue supporting populist policies on land expropriation.

What's the one big election to watch out for in 2019 and why?

February's presidential election in Nigeria, Africa's largest economy, will be closely contested. The incumbent, Muhammadu Buhari, has grappled with poor health since he was elected in 2015, making it hard for him to advance his policy priorities. His opponent, former vice-president Atiku Abubakar, presents a more energetic alternative, albeit one who would govern by dispensing patronage. Although Buhari is favored to win, neither candidate would bode well for Nigeria's medium-term prospects. Their weaknesses are different but consequential, and neither is likely to significantly move the needle on Nigeria's most critical challenges, such as tax reform, overhauling the energy sector, and reforming public services to improve efficiency and make room for deeper investments in critical infrastructure. Nevertheless, the competitiveness of the race is a positive sign for the country's democratic trajectory. As political factions continue to splinter, electoral competition will intensify in future electoral cycles, with positive implications for reform over the long term.

It will be a mixed bag. Tighter monetary policy at the US Federal Reserve will, in part, contribute to slower growth across the region. Yet while countries such as Zambia, with its onerous debt load, will likely struggle, others such as South Africa, Nigeria, and Angola will likely see a marginal improvement in their economic fortunes. The outlook is neutral for countries such as Kenya. West Africa will experience greater political risk in 2019 as Nigeria and Senegal hold potentially divisive elections, while Cote d'Ivoire and Ghana enter competitive election cycles that could have significant fiscal implications. In Ethiopia, new Prime Minister Abiy Ahmed's reform agenda will be tested ahead of 2020 elections that are likely to be competitive. He must continue to deftly balance the demands of a young and restless population eager for political and economic reforms with the entrenched interests of a political establishment that prefers the status quo. 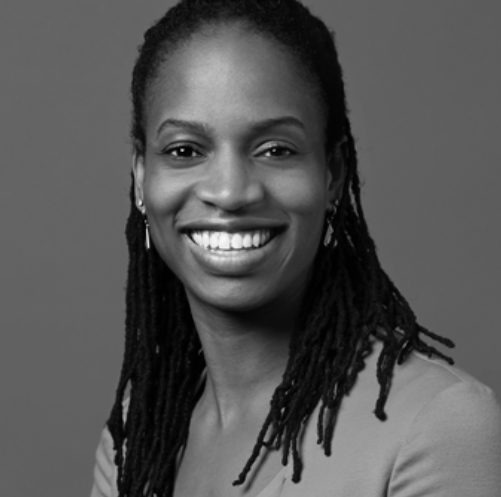 Amaka leads the firm's Africa practice, directing its analysis of regional trends and the interaction of politics, policy, and markets. Her own work focuses on political and economic trends in West Africa, particularly in Nigeria, Ghana, Cote d'Ivoire, and Senegal.