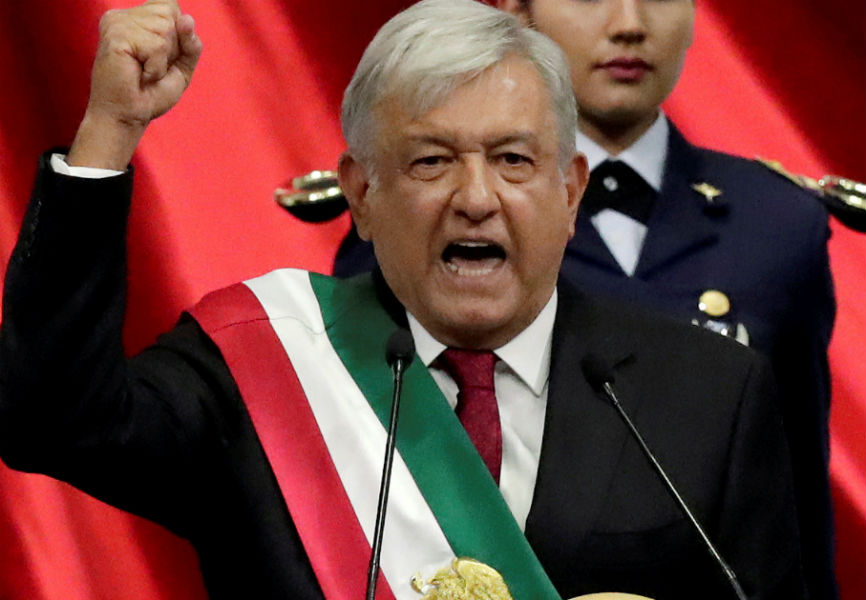 Mexico's new President Andres Manuel Lopez Obrador gestures during his inauguration ceremony at Congress, in Mexico City, Mexico December 1, 2018. REUTERS/Henry Romero
Elections in several of the region's biggest countries set the political agenda in 2018 and ushered in new governments promising big changes. Their efforts to meet high voter expectations will be the main focus in the year ahead. Eurasia Group experts Daniel Kerner, Risa Grais-Targow, and Ana Abad explain what to expect.

A regional wave of antiestablishment sentiment drove the outcomes in a series of decisive presidential elections this year in Brazil, Colombia, and Mexico. The victories of Mexico's Andres Manuel Lopez Obrador and Brazil's Jair Bolsonaro in particular will set the stage for a busy 2019, the former with a radical shift to the left that promises more interventionist and state-driven policies, and the latter with a doubling down on the market-friendly policies of outgoing President Michel Temer. Both new leaders campaigned on promises to change the status quo and to take a hard line against corruption, which means they will face a demanding electorate and sky-high expectations in 2019.

The danger of crumbling support could quickly start to crimp leaders' room for maneuver, especially in Brazil where Bolsonaro will depend more heavily on his popularity for the success of his agenda, given difficult dynamics in congress. New Colombian President Ivan Duque's popularity is already eroding quickly in the face of important fiscal and security challenges that will continue to put pressure on his government next year. Meanwhile, Lopez Obrador will be able to leverage his sweeping political power to institute practically any changes he desires—at least in his first year in office.

What are the big political developments to watch out for in 2019 and why?

The ability of these new leaders to deliver on their campaign promises will be the dominant story of 2019. Given the high levels of voter discontent, they could quickly face governability challenges if they don't. In Mexico, Lopez Obrador will seek to upend four decades of business-friendly, technocratic policymaking. Watch out for ambitious spending plans that will be popular but probably present risks to financial stability. His heterogenous coalition in congress promises a steady stream of interventionist economic proposals—businesses are bracing for a new era of heightened political risk.

In Brazil, Bolsonaro has promised to move in the opposite direction toward more ambitious, market-friendly policies, led by efforts to enact a pension reform needed to put government finances are a more sustainable trajectory. While the former army officer's campaign rhetoric has prompted concerns about an authoritarian streak, the country's institutions are likely strong enough to weather any potential attacks. Unlike Lopez Obrador, Bolsonaro will not have congressional majorities and will depend on high approval ratings to effectively execute policies, but his administration currently enjoys significant international and local enthusiasm that will provide him with an initial boost.

Also important to watch are Argentine President Mauricio Macri's efforts to stabilize a volatile economic situation—with the help of the IMF—ahead of October's election. On balance, it seems he is positioned to win a second term in office if conditions improve, but the election may pit former president Cristina Fernandez de Kirchner (who remains the most prominent opposition figure so far) against Macri, which would be very polarizing and probably spook investors given her populist brand of politics and interventionist tendencies. A more moderate opposition candidate could emerge, someone like former finance minister Roberto Lavagna, who has strong credentials on the economy and could pose a stronger challenge to Macri.

Different. This year was about the risks of possible changes in policy direction, while next year will be about risks surrounding the implementation of new policies. This is particularly true in Argentina, Ecuador, Mexico, and Colombia in terms of fiscal challenges; Mexico and Colombia also face important security problems. Moreover, the overall international economic environment is expected to deteriorate, limiting the region's access to external financing and possibly acting as a drag on growth, which is likely to pose further complications. All of this in the context of high electoral demands. It could be a bumpy ride. 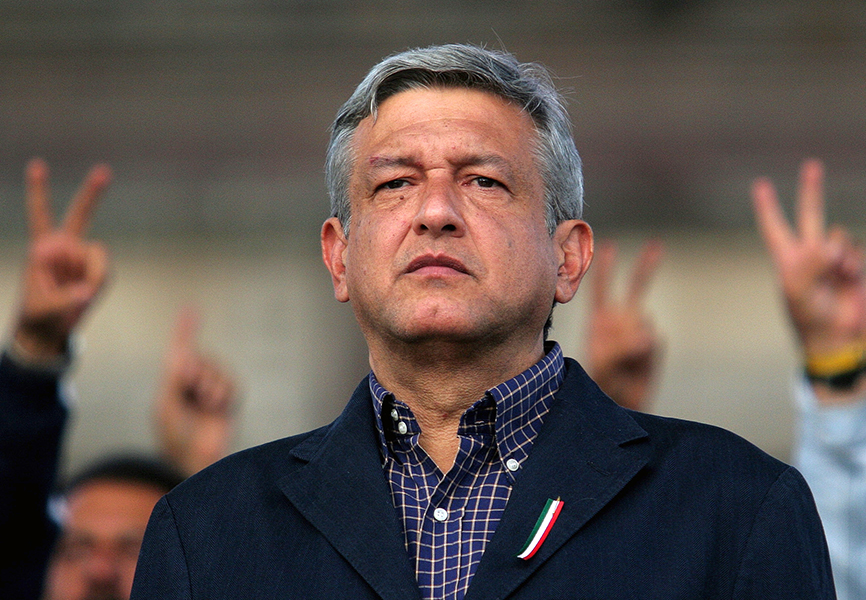