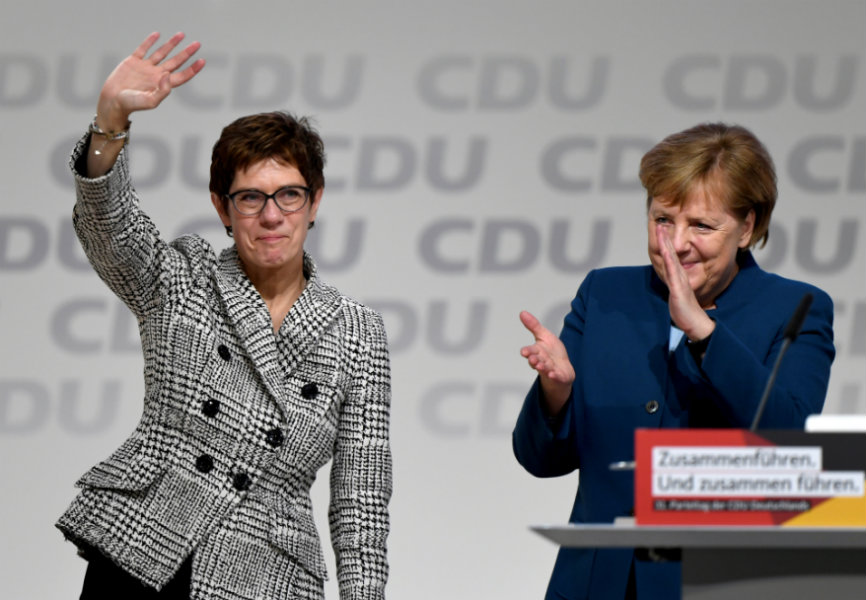 End of an era

Merkel became the leader of the center-right CDU in 2000 and then chancellor in 2005, when she helped broker a power-sharing agreement with the center-left Social Democratic Party (SPD). She has led the so-called grand coalition ever since, making Germany one of the most politically stable countries on the continent. Her strength at home made her a de facto leader for the broader EU, helping it to navigate the global financial crisis and other challenges.

Merkel's power started to wane following her 2015 decision to welcome to Germany about 1 million refugees from the war in Syria and press other EU countries to also open their doors to migrants from the Middle East. The move provoked a backlash across Europe, and the CDU's electoral performance started to suffer in Germany. Merkel stepped down as party leader in 2018 and said she would not stand as its candidate for chancellor in the 2021 general elections.

Kramp-Karrenbauer, a centrist politician and Merkel's preferred successor, won a close leadership contest to replace the chancellor at the helm of the CDU but struggled to consolidate her position. She made many gaffes, proved personally unpopular, and presided over the continued decline of the party's electoral fortunes in a series of state-level contests. But it was the fallout from the recent premier elections in Thuringia, a state in east Germany, that delivered the fatal blow for Kramp-Karrenbauer's ambitions to replace Merkel as chancellor.

The local parliament chose Free Democrats (FDP) candidate Thomas Kemmerich as the state leader with the support of the local CDU branch as well as Alternative for Germany (AfD), thereby breaking a taboo in postwar German politics about cooperating with far-right parties. Both the FDP's and CDU's federal leaderships—including Kramp-Karrenbauer—urged Kemmerich to resign and call new elections but it took Kemmerich more than a day to comply with the request. Kramp-Karrenbauer, meanwhile, struggled to get the CDU's local Thuringia branch to cooperate to seek new elections. She announced she would step down soon after.

Kramp-Karrenbauer will remain as party chairwoman and plan an orderly process to select a new party chief and candidate for the 2021 elections. There are three likely contenders for the role, though none has confirmed his interest yet: Prime Minister of North Rhine-Westphalia Armin Laschet, former CDU parliamentary leader Friedrich Merz, and Health Minister Jens Spahn.

Laschet should be considered the frontrunner at the moment, as his moderate profile is most similar to Merkel's, which would make him the most palatable to coalition partners SPD, or even to the left-wing Greens party for a likely coalition government after the 2021 elections. Socially he is more liberal (more tolerant toward refugees, for example) and is likely to show flexibility on fiscal policy. Merz had previously challenged Kramp-Karrenbauer for the position of party leader so is expected to make another run at it. Although he has high name recognition among the public, he is a polarizing figure within the CDU and a socially conservative one. Spahn has a similarly conservative profile but is thought to be less serious contender given his relative youth (39 years old).

Under normal circumstances, the new CDU leader would be the party's candidate for chancellor. But depending on how the CDU's leadership selection goes and how much the party unites behind its new chief, there is a chance that sister party CSU might push to present its own popular leader, Markus Soeder, as the joint candidate for the two formations.

Though the coalition will likely remain intact, the Thuringia affair has resurfaced deep tensions by showing that not all CDU affiliates, particularly those in east Germany, share the federal leadership's red lines regarding cooperation with the extreme right. The SPD will now question the credibility of its coalition partner and demand that it sufficiently distance itself from the AfD. The risk of coalition collapse would increase if the CDU chooses a more conservative figure as its new leader or if Merkel steps down from the chancellery earlier than expected to give way to the new CDU leader.

New SPD leaders Saskia Esken and Norbert Walter-Borjans came out well from the Thuringia episode, as they were able to voice strong indignation about the CDU and FDP's cooperation with the AfD and present their party as leading the fight against the radical right. If the SPD manages to meaningfully improve its standing in national polls, it will have more incentive to leave the coalition and push for early elections.

To learn more, read Politics in Pictures: a visual guide to Germany, German politics is a mess, and no one is as worried about it as they should be, and A distracted Angela Merkel is bad news for the world. 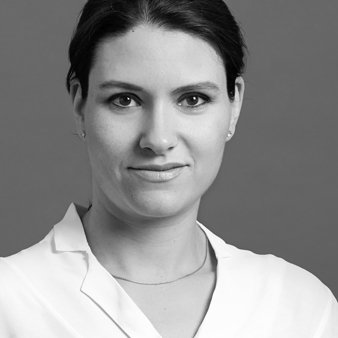 Naz Masraff directs Eurasia Group's analysis of emerging European markets, including Turkey, Poland, and Hungary. Her primary focuses are on political economy, central bank policies, foreign policy, and the Kurdish issue. Prior to joining the firm, Naz taught EU foreign policy, European politics, and public policy to graduate and undergraduate students at the London School of Economics and Political Science (LSE), where she received a teaching award from the Government Department.