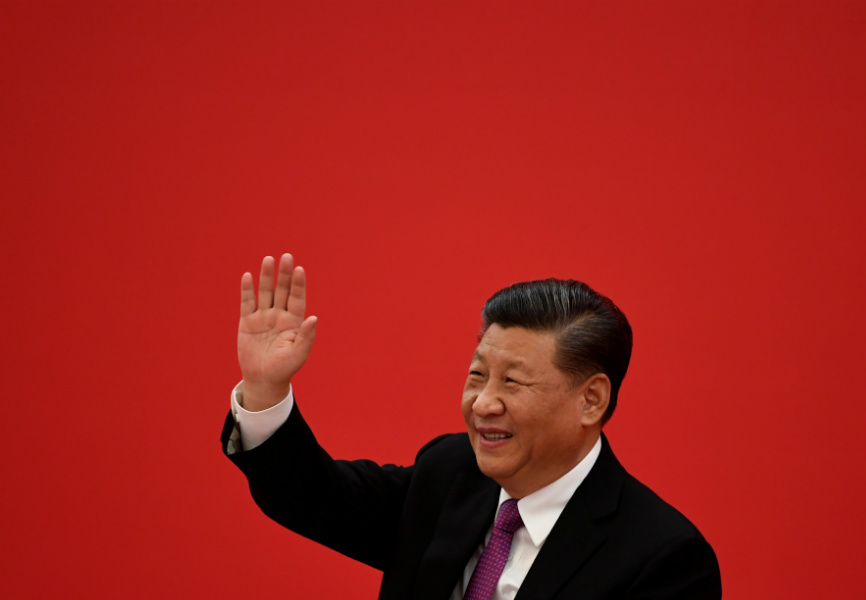 Chinese President Xi Jinping. REUTERS.
(This is the second in a series of year-end analyses of the main countries and regions covered by Eurasia Group. Read our pieces on the Americas, Europe, and the Middle East and North Africa for additional coverage.)

A year and a half of talks culminated last week in a narrow trade deal between the US and China that has alleviated tensions between the two global powers. But fallout from the extended conflict as well as structural changes in China's politics and economy bode lasting changes in its relations with the US and the rest of the world. Eurasia Group experts Andrew Coflan, Kelsey Broderick, and Allison Sherlock explain some of this year's most important developments.

What was the biggest story for China in 2019?

The US-China trade war has dominated the headlines in China and around the world over the past year, with each near-agreement and subsequent collapse exposing deeper tensions in the bilateral relationship, as well as fault lines in the domestic economy and political atmosphere. Even with last week's agreement, government officials and businesses in both countries have accepted that there is no way to undo the effects of two years of political posturing and back-and-forth.

Indeed, while the tariffs have been disruptive for businesses and damaging to both countries' economies, it is the political dimension of the trade conflict that will have the longest-lasting impact. Chinese officials have used the trade war to stress test the resilience of their economy and political system, managing stimulus and political countermeasures. Meanwhile, they are bracing for the US to shift from tariffs to other economic levers, as officials grow more comfortable using the expanded powers provided by tools such as the Committee for Foreign Investment in the United States (CFIUS).

What was the most overlooked story in 2019?

Under President Xi Jinping, China has moved away from Deng Xiaoping's recommendation to tread cautiously on the world stage—an approach known as “hide and bide”—to take on a more vocal role in international affairs commensurate with China's newfound strength. At the same time, China's domestic political environment has also grown more restrictive, with a strict adherence to Xi's thinking on socialism with Chinese characteristics becoming a key marker for promotion.

The combination of these factors has led to an underappreciated shift in China's international relations. Though Xi has committed China to be a champion of globalization and stand in opposition to the US's protectionist turn, the country's diplomats have grown more nationalistic and combative, engaging in Twitter fights with prominent foreign politicians and insulting prominent figures in their host countries for speaking out against China's abuses in Xinjiang and Hong Kong. The domestic political tightening combined with a more vocal international presence has constrained the space for compromise on issues large and small—for example, they scuppered a near trade deal with the US early in 2019. The increasing need for officials to tell a strong China story abroad will lead to further setbacks in 2020 as diplomats scramble to stay in Xi's good graces.

What is the most important trend to watch going into 2020?

China's slowing economic growth will define its outlook for 2020. Government-affiliated think tanks have forecast growth will fall below 6% in 2020 for the first time in over 30 years. That is slower growth even than during the depths of the global financial crisis. The slowdown is being handled differently than in years past, when Beijing reacted to any softening growth with increased infrastructure investment, loosened property restrictions, and other direct and indirect subsidies. In contrast to those past periods, economic officials have so far demurred on additive stimulus, instead acting only to stabilize activity.

China's slowing growth will have both domestic and international consequences. Domestically, officials must maintain employment and income growth while working to shut down loss-making “zombie” firms that survive purely thanks to favorable political connections. Internationally, China's restraint in infrastructure investment and credit policy will continue to negatively affect foreign producers. Commodities exporters as well as smaller Asian economies that have benefitted from China's rise will suffer. After a decade of global growth largely driven by China, 2020 may be a year of reckoning.