Risk 6: The erosion of institutions 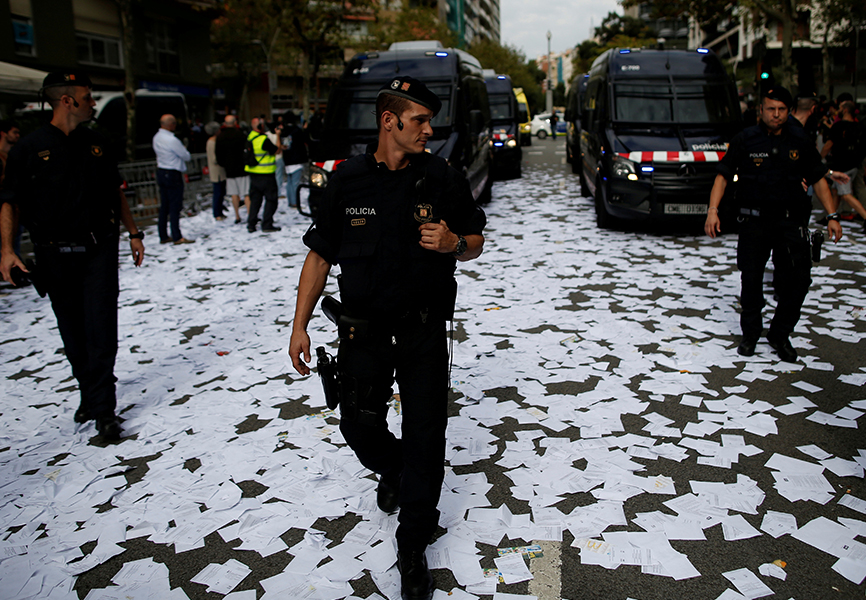 AVOID REFORM OF POLITICAL INSTITUTIONS, and even the strongest of them will weaken over time. The legitimacy of institutions depends on their credibility and, as former UK Conservative politician Michael Gove put it in the runup to the Brexit vote, “the people of this country have had quite enough of experts.” Across the developed world (with the notable exception of Japan), popular trust in technocratic/bureaucratic institutions has declined steeply, in some instances as a result of direct political interference in their work. And so most of the advanced industrial democracies—those countries on the top right side of the “J Curve” (describing the relationship between stability and openness)—are starting to edge down to the left. This will be an important global story in 2018.

Much of the US public believes the media is “politicized,” feeding conspiracy theories and political movements that previous generations would have considered unacceptable.

In the UK, there is criticism of “remainers talking the country down” by fighting over the terms of Brexit. In the US, partisan attacks on the non-partisan Congressional Budget Office have become commonplace. Greek courts found the former head of the statistical office guilty of insubordination and breach of duty for revealing the true size of the country's deficits. Ever-larger segments of the public and their representatives have lost faith in the exercise of bureaucratic functions, inviting the political capture of more organs of the state. It's not an accident that the phrase “deep state”—which made its debut nearly a century ago in Mustafa Kemal Ataturk's Turkey—has now made its way to Washington and into the president's tweets.

In the US, the legitimacy of the mainstream media has dramatically decreased. Much of the public now believes that reporting is habitually “politicized,” feeding the growth of conspiracy theories and political movements that previous generations would have considered unacceptable. It has also eroded faith in the electoral process by fueling anxiety that the country's democracy is “rigged.” The growth of “fake news,” fears that voting systems can be manipulated by candidates, the gerrymandering of districts, and rules designed to make it harder to vote are all discrediting the voting process. Lower turnout in elections across Europe and the US demonstrates growing public apathy. Protest votes among those who do turn out have become more common.

We're also seeing the broad erosion of political institutions across eastern Europe, in Spain, Turkey, Brazil, South Africa, and other countries. The rise of populism across the developed world and, increasingly, in emerging markets, isn't yet having a dramatic impact on policymaking. Special interest groups remain too powerful, the disenfranchised too weak, and chronic problems too complex for most governments to bring about dramatic changes in policy. But the expansion of an increasingly toxic antiestablishment sentiment is starting to erode the legitimacy of political institutions in established democracies.

This trend will lead to market-negative tipping points in countries where institutions are most badly damaged and least resilient. The result is often instability (see Venezuela) or authoritarian rule (see Turkey). Both can degrade the investment climate, particularly when a president's cronies control the economy. Weakened institutions also heighten unpredictability in policymaking. Institutions are guardrails; strong courts and media lessen dependence for stability on powerful (sometimes erratic) individuals.

Lastly, institutional erosion across many countries risks structural instability in the global system. Today's disgruntled middle classes in emerging markets would have a more direct route to power, as would the developed market “left-behinds” from globalization. Absent solutions from global leaders—which aren't in the offing in the foreseeable future—traditional state-based international relations will become more and more unstable. Conflict will become more frequent, decision-making degraded, and internal chaos common. 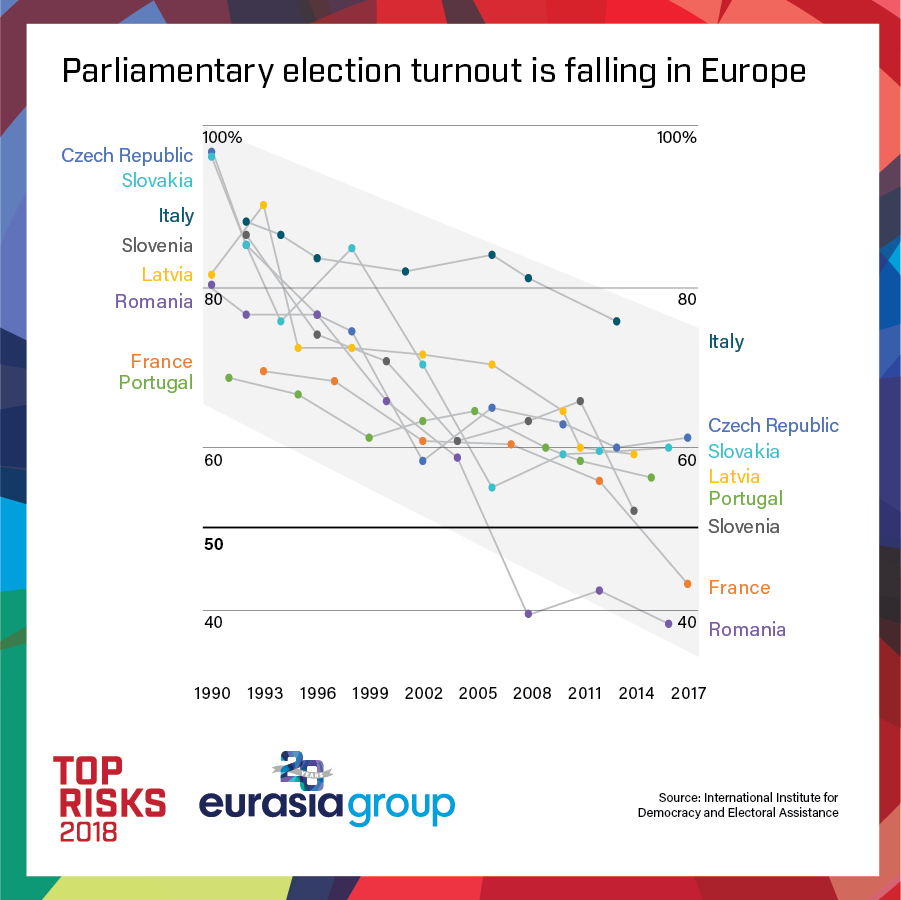