welcome to the geopolitical recession

This is Eurasia Group's annual forecast of the political risks that are most likely to play out over the course of the year. This year's report was published on 3 January, 2017.

overviewIT'S BEEN SIX YEARS since we first wrote about the coming G-Zero world—a world with no global leader. The underlying shifts in the geopolitical environment have been clear: a US with less interest in assuming leadership responsibilities; US allies, particularly in Europe, that are weaker and looking to hedge bets on US intentions; and two frenemies, Russia and China, seeking to assert themselves as (limited) alternatives to the US—Russia primarily on the security front in its extended backyard, and China primarily on the economic front regionally, and, increasingly, globally.

These trends have accelerated with the populist revolt against “globalism”—first in the Middle East, then in Europe, and now in the US. Through 2016, you could see the G-Zero picking up speed on multiple fronts: the further deterioration of the transatlantic alliance with Brexit and the “no” vote on the Italy referendum; the end of America's Asia pivot with the collapse of the Trans-Pacific Partnership and the Philippine president announcing a break with the US; the Russian victory in Syria after backing President Bashar al Assad through nearly six years of war.

But with the shock election of Donald Trump as president of the US, the G-Zero world is now fully upon us. The triumph of “America first” as the primary driver of foreign policy in the world's only superpower marks a break with decades of US exceptionalism and belief in the indispensability of US leadership, however flawed and uneven. With it ends a 70-year geopolitical era of Pax Americana, one in which globalization and Americanization were tightly linked, and American hegemony in security, trade, and promotion of values provided guardrails for the global economy.

In 2017 we enter a period of geopolitical recession.

This year marks the most volatile political risk environment in the postwar period, at least as important to global markets as the economic recession of 2008. It needn't develop into a geopolitical depression that triggers major interstate military conflict and/or the breakdown of major central government institutions. But such an outcome is now thinkable, a tail risk from the weakening of international security and economic architecture and deepening mistrust among the world's most powerful governments.

And the recession starts with… 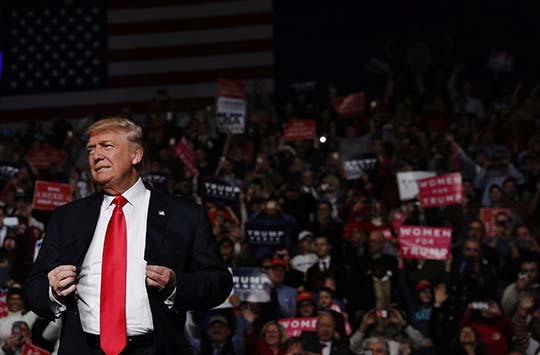 Trump's “America first” philosophy and his pledge to “make America great again” build on the most core of American values: independence. 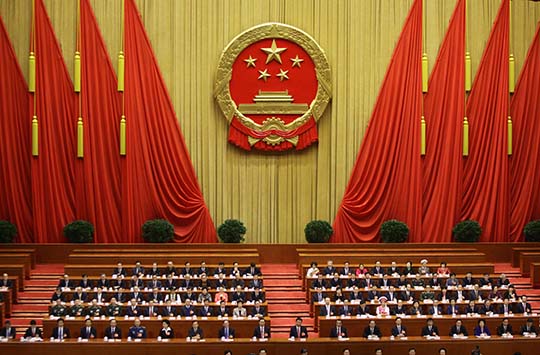 China's scheduled leadership transition this fall will shape its political and economic trajectory for a decade or more. 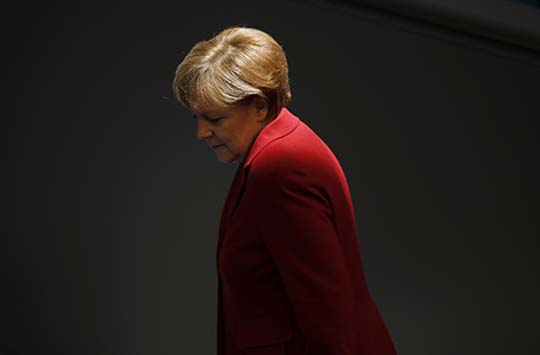 This year will bring another wave of political risks in Europe, and some of them will surely materialize amid a weakening of the leadership of German Chancellor Angela Merkel. 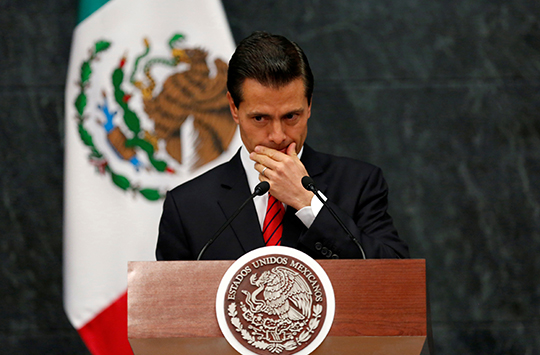 Leadership will also be lacking this year on other issues, as political officials in both developed and emerging economies avoid structural reform, undermining prospects for growth and new opportunities for investors. 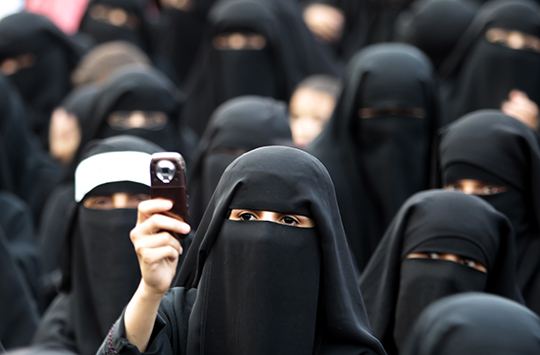 5. Technology and the Middle East

Despite a veneer of effective autocracy, Middle Eastern governments have been weak for decades. 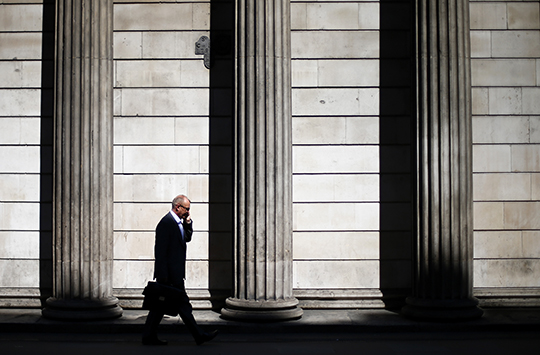 For the first time in decades, central banks face attack not just in emerging markets but in the US, the Eurozone, and the UK.

7. The White House vs Silicon Valley

Technology leaders from California, the major state that voted in largest numbers against Trump in the election, have a bone to pick with the new president. 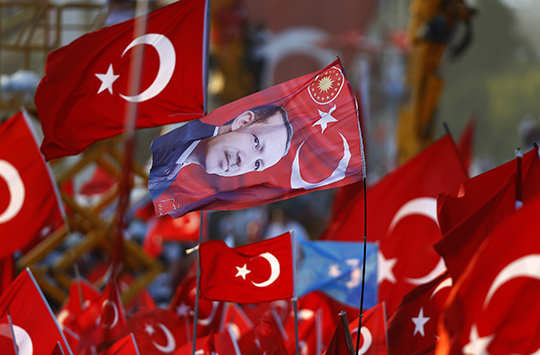 Voters are close to evenly split on the question of expanding the president's powers, and Erdogan will have to mount an aggressive campaign to win them over. 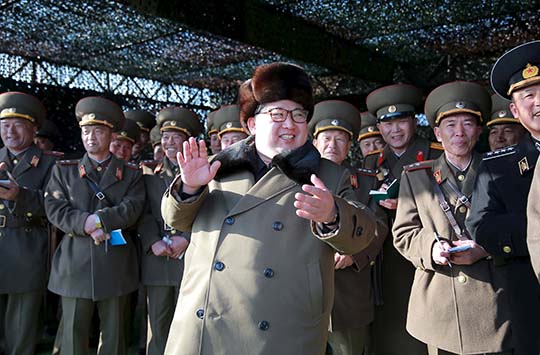 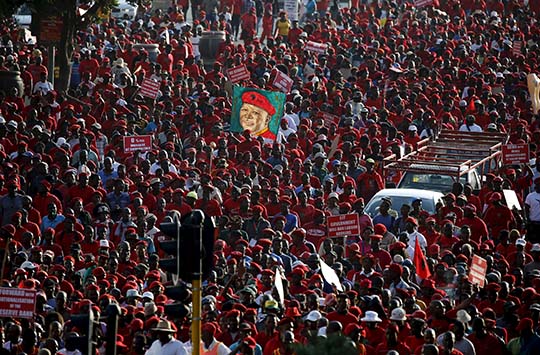 The political crisis pitting President Jacob Zuma against opponents within and beyond the ruling African National Congress (ANC) will worsen in 2017, putting the South African economy at greater risk and damaging regional stability. 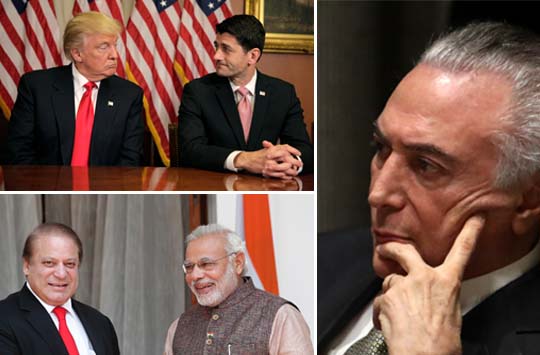 At least for 2017, the US domestic outlook is neutral to positive. Pakistani Prime Minister Nawaz Sharif and Indian Prime Minister Narendra Modi will focus on domestic issues. Pressures on  Brazil's president will create difficulties but also more urgency for legislators to approve important reforms.

IT'S BEEN 19 YEARS since we started Eurasia Group. How could we have known that “politics first” would not only describe our organization, but the world we live in?

It's a challenging time, and we've tried not to shy away from that in this report. But we also close on a note of hope. So many of the world's challenges remain unaddressed because they lack urgency. Politics hasn't been so relevant to our global marketplace in generations, but that's now a reality that is widely accepted and appreciated.

Most of the world's leaders understand that we're living through history right now. It's not a time to just sit back and analyze. It's a time for truth. That surely won't be comfortable. But we're completely committed to it, and to you.