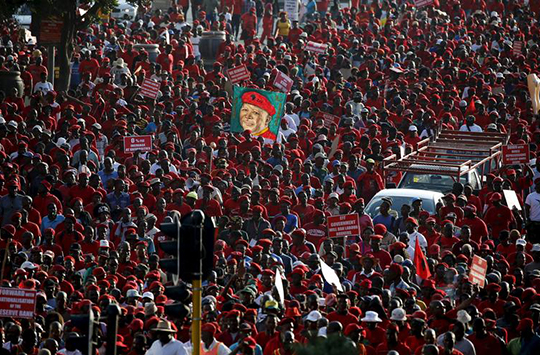 THE POLITICAL CRISIS pitting President Jacob Zuma against opponents within and beyond the ruling African National Congress (ANC) will worsen in 2017, putting the South African economy at greater risk and damaging regional stability. Having narrowly averted challenges to his leadership in 2016, Zuma will focus on domestic battles and dig in his heels this year, preventing reformers from taking needed steps to restore the country's economic stability. Internal ANC discord will weigh particularly on state-owned enterprise management. State-utility Eskom holds the largest share of government guarantees, and its balance sheet will loom over the sovereign rating for the medium to long term, particularly with a Zuma ally, Ben Ngubane, serving as chairman.

Already-intense political infighting within the ANC will intensify in the run-up to the party's internal conference in December 2017 as Zuma and his entourage refuse to surrender privileges and the power that protects them. Having come under unprecedented fire in late 2016, the president will be even less inclined to accept a compromise candidate to take his place when he retires as ANC leader at the end of the year. Instead, Zuma will push for his wife, Nkosazana Clarice  Dlamini-Zuma, or David Mabuza, a regional premier and political ally. Jockeying in the months leading up to this shuffle will also prevent reformers, particularly Finance Minister Pravin Gordhan, from implementing policy. Reform of the country's labor market, state-owned enterprises, and energy sector will remain all but out of reach, and it will become ever harder for Pretoria to avoid a credit rating downgrade.

South Africa's political infighting will undermine the country's traditional role as a force for regional security. This leadership failure is deepening at exactly the wrong time, because events in coming months will challenge regional stability. As Zimbabwe begins to prepare for its 2018 elections, this year will likely see a surge in opposition protests, which President Robert Mugabe will violently suppress. In 2008, then-South African President Thabo Mbeki helped broker a power-sharing deal when an election in Zimbabwe spun out of control. Today's divided and distracted South Africa is much less able to repeat that role.

South Africa's political infighting will undermine the country's traditional role as a force for regional security.

In Mozambique, South Africa is a key member of the international mediation team tasked with keeping a lid on the country's growing political and economic troubles. But Pretoria will continue to play a limited role in these efforts while Mozambique's crisis deepens. A tenuous transition deal in the Democratic Republic of Congo, where South Africa has traditionally played a critical mediator role, will face significant risks. Organizing elections this year will be difficult, especially given lackluster support for the deal from Joseph Kabila—whose term expired last December. A breakdown in the process is very possible; any delays will likely be met with further violent protests. It's a bad time for South Africa to remain on the diplomatic sidelines.

Adapting to coronavirus in Africa 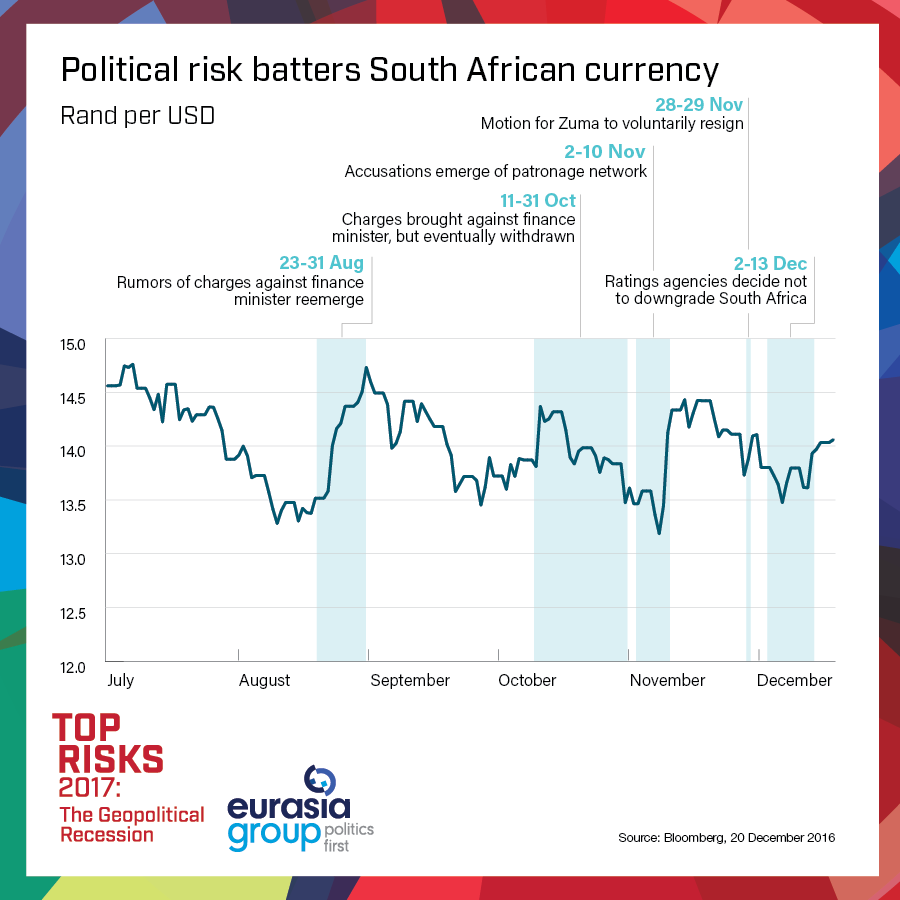