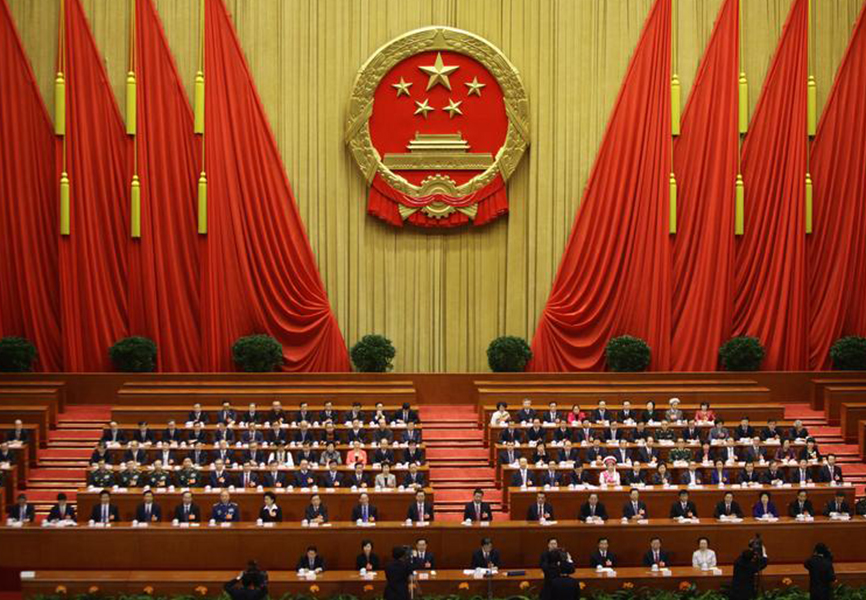 Delegates attend the fourth plenary meeting of the National People's Congress (NPC) at the Great Hall of the People in Beijing. REUTERS/Jason Lee

CHINA'S SCHEDULED LEADERSHIP TRANSITION this fall will shape its political and economic trajectory for a decade or more. The scale of elite turnover before, during, and after the upcoming 19th Party Congress, combined with the divisive political environment that President Xi has fostered, will make this transition one of the most complex events since the beginning of China's reform era.

Two risks flow from the upcoming power consolidation. First, because Xi will be extremely sensitive to external challenges to his country's interests at a time when all eyes are on his leadership, the Chinese president will be more likely than ever to respond forcefully to foreign policy challenges. Spikes in US-China tensions are the likely outcome. Second, by prioritizing stability over difficult policy choices in the run-up to the party congress, Xi may unwittingly increase the chances of significant policy failures.

Xi will be extremely sensitive to external challenges to his country's interests at a time when all eyes are on his leadership.

The 19th Party Congress comes at a unique moment in China's development. Despite steady growth, the country's large economic imbalances continue to grow, its leadership has slow-walked new market reforms, and economic policy trade-offs are becoming more acute. Politically, fear and frustration among party and business elites are at their highest level since Mao Zedong's time. Xi consolidated power, marginalized opponents, and centralized decision-making so quickly that many in China question whether the tradition of rule by consensus applies anymore. The president's anticorruption campaign has sent shockwaves through a system lubricated for decades by patronage and graft, and leaders in Beijing and the provinces are paralyzed by fear of becoming targets.

In this context, jockeying for power ahead of the party congress will be cut-throat. Xi is determined to promote his allies, but those who oppose his consolidation of power will view the congress as their last chance to block him. The stage is set for a year of intense internecine political combat. In his drive to cement power, the president will put a premium on avoiding any event—internal or external—that could make him appear weak. That determination comes with consequences.

Jockeying for power ahead of the party congress will be cut-throat. The stage is set for a year of intense internecine political combat.

First, Xi's sense that he will have to respond resolutely to any foreign challenge to national interests—in a year during which popular and elite perception of his leadership matter more than ever—means foreign policy tensions will escalate. At the least, Xi will view any external challenge as an unwelcome distraction from his focus on domestic political machinations. At worst, he will fear such threats could undermine his standing at home. Consequently, the president is likely to react more forcefully than his potential challengers expect. And unfortunately for global stability, the list of triggers that could rattle the president is long: a newly-empowered Trump and his China policy, Taiwan, Hong Kong, North Korea, as well as the East and South China Seas.

Second, the intense focus on domestic stability means Xi may well overreact or stumble over any sign of economic trouble. This risk could take the form of a re-inflation of asset bubbles to boost domestic growth, or a substantial ramp-up in capital controls—either move would rattle foreign investors and international markets. Whatever form it takes, any misstep by Xi would provoke global economic volatility. 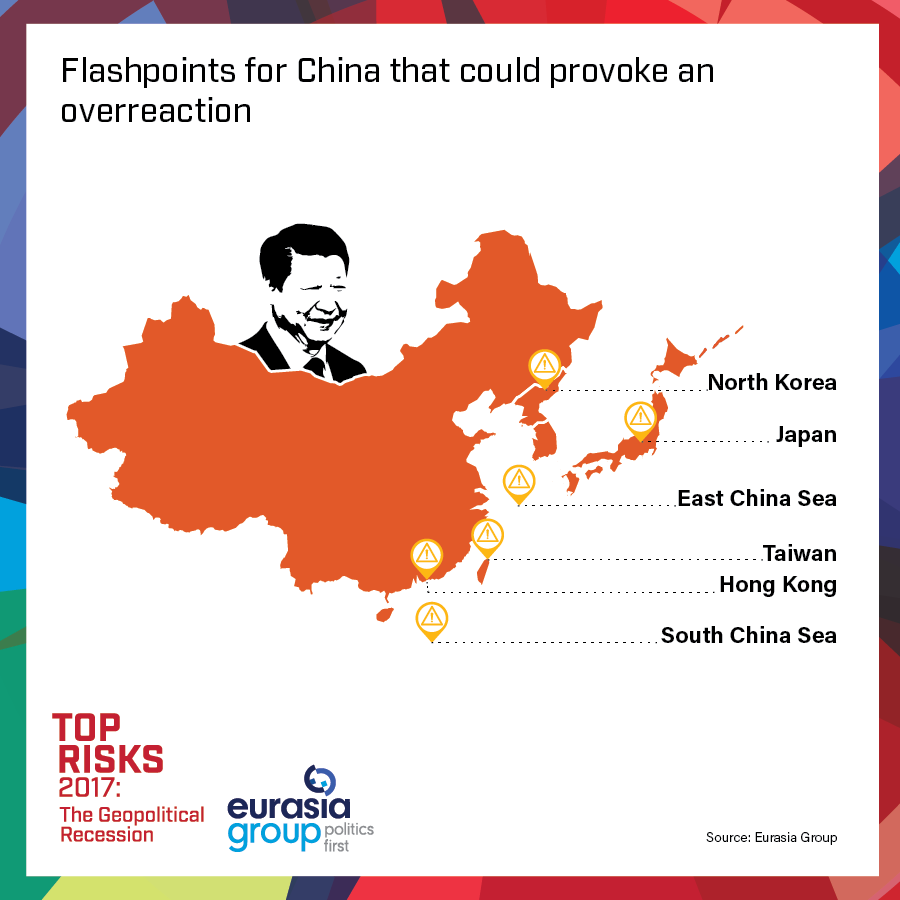