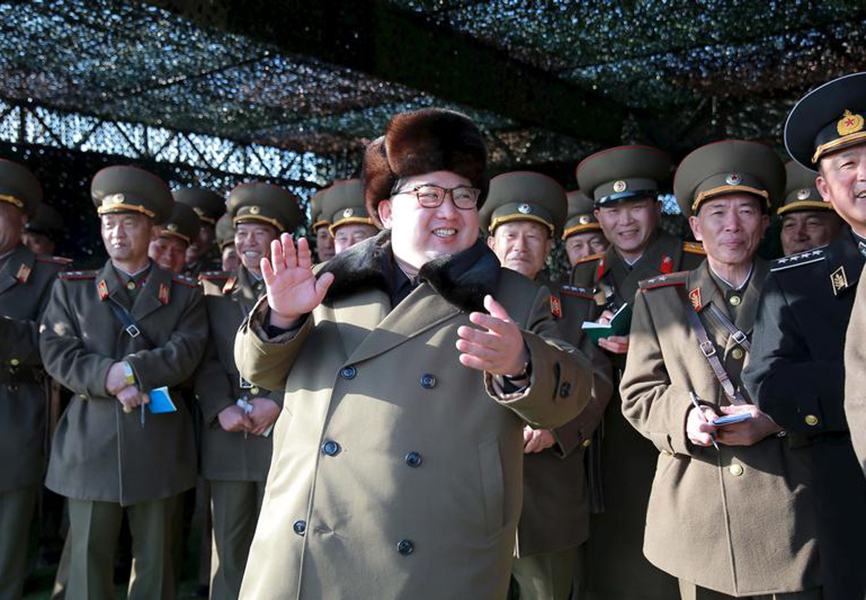 The North Koreans have substantially advanced their nuclear and missile programs and are set to expand them further. The hermit kingdom may have enough fissile material for some 20 nuclear weapons.  It's getting closer to mastering warhead miniaturization technology, and thus possessing an intercontinental ballistic missile capability that could strike the West Coast of the US with a nuclear weapon.  US policymakers consider this a red line (apparently the North Koreans hitting Alaska isn't particularly worrisome).

US policy continues to focus on complete elimination of the program: rollback, not just containment. In other words, North Korea has to get rid of all of its nukes.  (As with “Assad must go” and “Russia must leave Ukraine.”) Absent that, the US sanctions will be expanded.

North Korea is getting closer to mastering warhead miniaturization technology, and thus possessing an intercontinental ballistic missile capability that could strike the West Coast of the US with a nuclear weapon.

There are two main risks. First, the Trump administration ramps up coercive action against North Korea, and this precipitates a crisis in US-China relations. The US pushes China hard to tighten sanctions. China, afraid of North Korean collapse, refuses. Washington goes ahead anyway, including with tough secondary sanctions that hurt Chinese banks at a time when its banking sector is not looking robust. Trump then makes threatening military moves.

This scenario unfolds in an environment where US-China relations are already deteriorating, over Taiwan and US trade actions. The result is a US-China crisis; Beijing rejects all Trump's actions. Japan is stuck on the US side, creating bigger China-Japan risks as well.

The second risk: South Korean President Park Geun-hye is forced from office and replaced with a center-left government that favors diplomacy with North Korea over coercion. The new South Korean government effectively cancels the terminal high altitude air missile defense system and refuses to work with the US on new sanctions and military options. A tough Trump response generates a crisis in the US-South Korea alliance that sends shockwaves through the rest of Asia at a time when Asian leaders are already questioning Trump's commitment to the region. This reignites Japan-South Korea tensions, especially if the new government in Seoul rejects Park's deal with Prime Minister Shinzo Abe on resolution of historical disputes between the two countries.

For the past decade, North Korea has been a problem but not a significant risk. That changes in 2017. 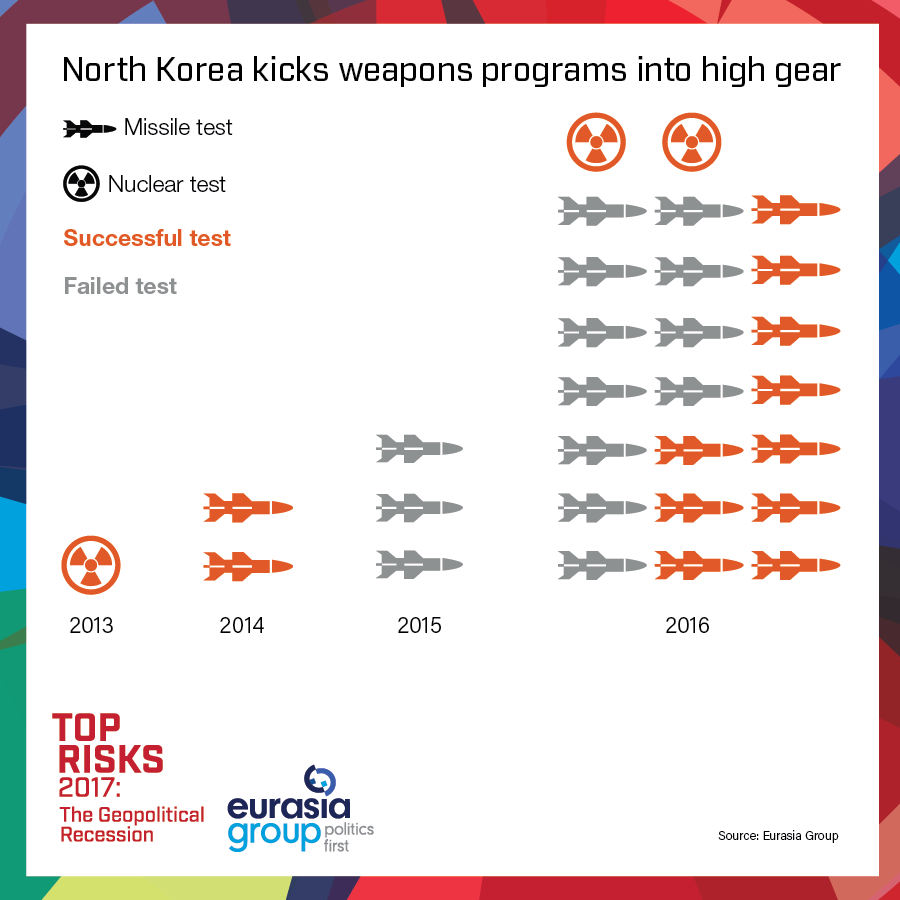