Eurasia Group | Biden Plans to Put Pressure on Putin in Geneva. Will It Work?

Biden Plans to Put Pressure on Putin in Geneva. Will It Work? 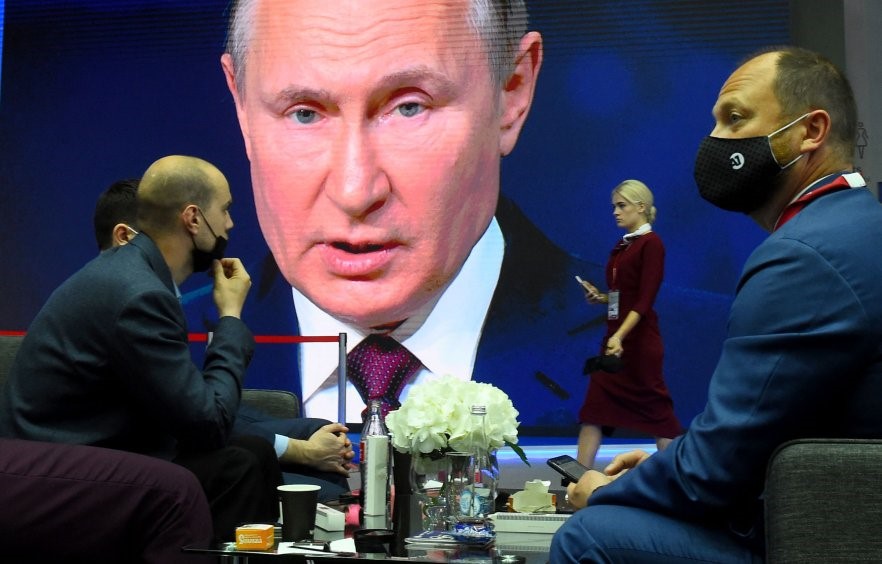 Vladimir Putin is pumping some last-minute iron and putting finishing touches on his trademark smirk as Joe Biden preps for his first face-to-face with the Russian President since taking office, in Geneva on June 16. For Putin, this meeting is a big deal. It's a chance to sit opposite the man who leads Russia's great nemesis, the U.S. He can smile for the cameras as an equal, bat away subjects like the fate of imprisoned opposition activist Alexei Navalny and cyber-attacks on the U.S. that he doesn't want to discuss, and defiantly insist on Russia's view of the world.

For Biden, there are fewer interesting opportunities. He won't get to Putin until after he has met with the allies at the G-7 summit in what he hopes will be a triumphant return of U.S. leadership to the Western alliance. The tougher questions for Biden will be kept behind closed doors, and smiles will prevail before the cameras. Putin won't be there, of course, because Russia's annexation of Crimea led to Russia's expulsion from G-7 summits—despite Donald Trump's best efforts to reinclude him.

When Biden finally sits down with Putin, his mind is likely to wander toward the rising power that both Democrats and Republicans consider the most important American adversary. It is China, not Russia, that poses the greatest challenge to U.S. power and prosperity. China is the growing technological power. China, not Russia, has genuinely global influence and is far more important for the future of the U.S. economy.

Russia is still contending with the collapse of the Soviet Union. Russia can meddle in Ukraine at the margins, but threats to fully invade and occupy a country of more than 44 million people aren't credible. That big a move would cost too many Russian lives and too many rubles for a chronically weak—and weakening—Russian economy. In recent months, Belarus provided the latest example of the post-Soviet demand for fundamental change and the need to shoot people to keep protests under control. In the most recent presidential election in Moldova, a Harvard–educated economist toppled a pro-Kremlin incumbent. Last year, Turkey's backing for Azerbaijan dealt a humiliating defeat to Russian ally Armenia in a region that Russia once dominated. Beijing is increasingly competing for influence with Moscow among the former Soviet Central Asian states.

Nor is Russia stronger these days within its own borders. Its economy is covered in rust. Despite years of warnings that climate-change fears and rising investment in green energy would make heavy dependence for growth and revenue on hydrocarbons an increasingly bad bet, Russia hasn't changed course. When oil prices surged from 2001 to 2008, its economy expanded by 6.6% per year. From 2012 to 2019, as oil prices fell in response to a production surge in the U.S., growth fell to about 1% per year. The COVID-19 pandemic only made matters worse. Yet oil and gas still account for more than 60% of exports and about 40% of state revenue. Russia's interventionist foreign policy, particularly in the Middle East, and its nuclear weapons make it easy to forget that Russia's economy is smaller than Canada's and just over half the size of California's.

That's not to say that Russia can't make trouble for the U.S., particularly in cyberspace. The two governments target each other as a matter of routine, but a rash of ransomware and other hacking attacks by Russian organized crime on U.S. companies is a growing cause for concern. Russian criminal groups are suspected in recent attacks on the world's largest meatpacker and the largest U.S. fuel pipeline. Biden Administration officials have made clear that Biden will raise the issue forcefully with Putin. But the Administration wants “a more stable and more predictable relationship with Russia,” according to U.S. Secretary of State Antony Blinken. That's why last month the U.S. President ordered the waiving of sanctions on a company building a controversial Russian gas pipeline to Europe—and why the White House wants this meeting with Putin.

These moves are meant to encourage Putin to create fewer nuisances that distract Biden and U.S. allies in Europe from the more fundamental challenge posed by China at a time when, according to Biden's senior Asia adviser Kurt Campbell, the era of “engagement” with China is over. Biden gets fewer Russian headaches, and Russia gets more economic relief.

But don't expect Biden and Putin to pretend they like each other. In March, Biden affirmed to a television interviewer that he thinks Putin is a “killer.” Putin responded with the diplomatic equivalent of “I know you are, but what am I?” and recalled his ambassador from Washington. Earlier this month, Putin trolled the U.S. over the Jan. 6 attacks on the Capitol to accuse its leaders of hypocrisy as they criticize crackdowns on protest in other countries. Biden will hit the subjects he plans to raise and meet Putin's diffidence shrug for shrug.

But if Putin can get his photo op sitting opposite his fifth U.S. President and score a few style points, he might have something to offer Biden in exchange for an easing of economic pressure on his government. Maybe a promise to continue to seek a diplomatic solution on Ukraine, or a cyber announcement that remains in effect until the next time U.S.-Russian relations head south.