Eurasia Group | Leaving Afghanistan Was the Right Call, But It May Haunt Biden—and the U.S.—Forever

Leaving Afghanistan Was the Right Call, But It May Haunt Biden—and the U.S.—Forever 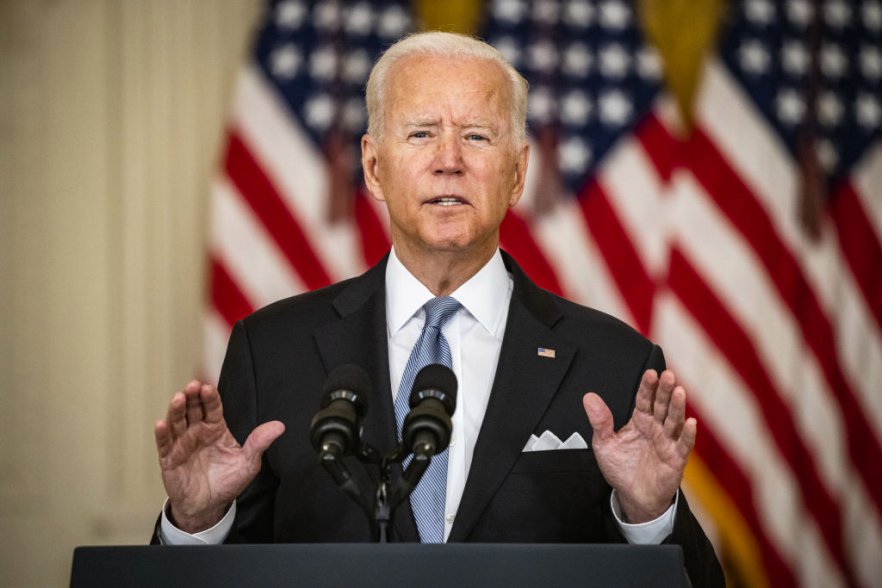 The last week saw the unceremonious end to the longest military adventure in American history. The botched withdrawal from Afghanistan is the first major foreign policy crisis of the Biden administration and surely the largest since 9/11. It is also largely self-inflicted.

The failure lies not in the decision to exit Afghanistan but in the way the U.S. went about leaving. Indeed, the decision to leave—made initially by Trump and ratified by Biden—remains strategically sound. But as the tragic events of the past week have shown, making the right decision is one thing, carrying it out well is an entirely different story.

It is a failure that could cost President Biden, and America, more than they bargained for.

Why was withdrawal the right call?

Biden inherited a broken peace process and the prospect of a renewed conflict with a strengthened Taliban if he reneged on Trump's commitments. This is not to say that his hands were inextricably tied. He could have chosen to continue the fight. However, as the record shows and he expressed clearly in his address to the nation on August 16, Biden himself has long believed that the U.S. should draw down its presence in Afghanistan. For several reasons, he's right.

The mission the American people were sold was accomplished; the war that followed was unwinnable. On October 6, 2001, President Bush issued an ultimatum to the Taliban: shut down al-Qaeda's base of operations, close their training facilities, and hand over Osama bin Laden. The Taliban refused. The U.S. launched Operation Enduring Freedom in response to 9/11, with the goal to eliminate a clear and present danger to the homeland and to punish those responsible for the worst attack on American soil since Pearl Harbor. At the war's height in 2002, the mission was immensely popular, with 93 percent of Americans supporting the invasion. Within six months of beginning it was a resounding success, having swiftly decimated al-Qaeda, rooted out the Taliban, and forced bin Laden into hiding.

But then mission creep set in. Without a mandate from the American people, the goal pivoted from counterterrorism to counterinsurgency and “nation-building.” Operational success and public support cratered as a result. As it turns out, the original mission was the only achievable mission. As soon as the adversary ceased to be an existential threat to the homeland, the public (understandably) lost stomach for the war. The Taliban were always going to take over as soon as the U.S. pulled out—whether today, in one year, or in five. If 20 years and $2 trillion couldn't buy self-sustaining stability, no amount of additional time would.

The American people have no appetite for forever war. In a time of intensifying polarization, it's hard to get many Americans to agree on anything, but 70 percent of U.S. respondents said in July that they wanted the troops out of Afghanistan by September 11, 2021. This support spans 56 percent of Republicans, 73 percent of independents, and just over half of veterans and active-duty military. Outside of Beltway pundits, there was no demographic in the U.S. that wanted continued boots on the ground. This was true under Obama, it was true under Trump, and it was true under Biden. Finally listening to the American people was the surest way to deliver on Biden's promise of a “foreign policy for the middle class.”

The status quo was not sustainable. Ever since Trump reduced troop levels from about 13,000 to 2,500, Afghan security forces had been rapidly losing territory and lives to an emboldened and stronger-than-ever Taliban. But the moment it was clear that the U.S. presence had an expiration date—which was the overwhelming preference of the American public—the outcome was inevitable. It was a matter of when, not if. Had the U.S. reneged on its promise to withdraw, the Taliban would have intensified its campaign against American military personnel. The decision before the president was not between staying and leaving; it was between expanding the military footprint and leaving. The only alternative to withdrawal, committing more troops and money, had no political buy-in.

Spilled blood and treasure are a tragic, but sunk, cost. Putting more soldiers and money on the line for a cause the country neither believes in nor can win will do nothing to bring back the lives lost and dollars wasted. We must honor the dead but make policy for the living.

What will be the fallout for Biden and America?

As much as the decision to exit Afghanistan was justified, the execution on the ground has been disastrous, and spells trouble for Biden and America.

Politically, Biden owns the crisis. Denying there was a failure at all, as he did on August 18, makes him look weak and out of touch. This is evidenced by the steep drop in his approval rating. However, if the U.S. manages to evacuate all Americans safely, this debacle shouldn't weigh heavily on the president's agenda moving forward. Tragic as it may be, insofar as the victims continue to be largely Afghan, any violence is unlikely to drastically shift U.S. opinion about a war that has long since faded from the public interest.

Having said that, the (proverbial) day isn't over yet. There are still up to 15,000 U.S. citizens in Afghanistan, plus about 7,000 troops sent in to evacuate them. Until these Americans are out safely, Biden will remain vulnerable. If more chaos ensues and there's an Iran-like hostage situation or American casualties, it could critically damage his presidency. This looks low risk, but entirely plausible.

This is no “Saigon moment,” and Afghanistan is no Taiwan. Much has been written in recent days about the loss of U.S. credibility. A fashionable claim is that China, Russia and the like will be emboldened by the decision to withdraw from Afghanistan, because it shows that U.S. security guarantees with respect to core interests like Taiwan, South Korea, and the Baltics can no longer be relied upon. This is nonsense. Despite the public bluster, American adversaries know that U.S. desire to withdraw from the former does not in translate into a similar preference in places where the stakes for U.S. national security are high. In fact, U.S. allies in Asia may come out of this doubly reassured of America's unequivocal shift in focus toward vital alliance commitments.

The crisis does, however, undermine the claim that “America is back.” The real damage done to U.S. standing is two-fold. First, the display of incompetence lends credence to the belief that American power is in decline, which is potentially destabilizing. Second, the disregard shown for international cooperation and for the lives of Afghans will lead allies who had hoped that America was indeed back to second-guess U.S. commitment to both multilateralism and moral leadership. China and Russia will lean into this narrative to sow doubt about U.S. legitimacy. Ultimately, if this episode changes perceptions (among allies and adversaries alike) about U.S. interest in and ability to be a force for good, it will go a long way in creating a more leaderless, G-Zero world.
TIME
TIME