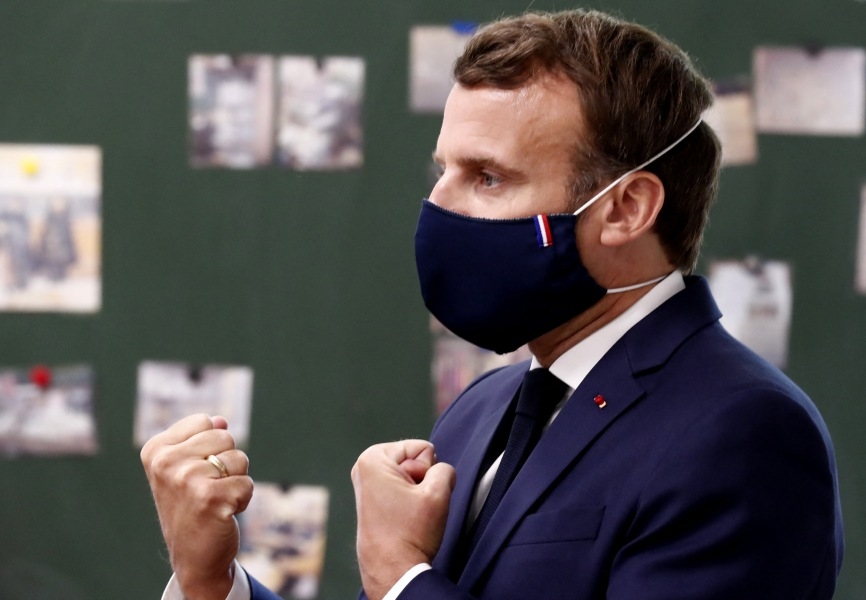 French President Emmanuel Macron at an elementary school in Poissy, France. REUTERS.
After several months of aggressive measures to contain the spread of Covid-19, the focus in European capitals is shifting to restarting economic activity and holding authorities accountable for missteps in combating the pandemic that has killed tens of thousands of people. Eurasia Group expert Mujtaba Rahman discusses the political fallout for governments in three countries that have so far received mixed reviews for their management of the deadly outbreak: the UK, France, and Italy.

The government is getting ready for the inevitable official inquiry of its handling of the crisis so far. Ministers argue they have succeeded in meeting two key objectives: delaying the spread of the disease and preventing the National Health Service (NHS) from being overwhelmed, as Italy's hospitals were. But success in these areas hasn't blunted criticism over shortcomings in three others. First, there is growing evidence that the government was slow to respond to the outbreak when it emerged in January and that its focus on the situation in hospitals also led it to initially overlook the threat to residents in care homes. Second, a lack of testing capacity forced the government to forgo contact tracing. Third, the problems in providing personal protective equipment (PPE) for NHS and care staff has been a public relations disaster for the government, opening it up to criticism it has put at risk the “heroes” on the front lines.

The inquiry will likely conclude that pandemic planning was inadequate. Prime Minister Boris Johnson will probably continue to enjoy public sympathy for having contracted coronavirus. But Labour leader Keir Starmer's charge that the government was “behind the curve” on several fronts could damage the Tories' reputation (especially if the UK ends up with the most deaths in Europe). Still, with no general election due until 2024, the public will likely be more concerned with the pace and strength of the post-recession economic recovery than with the government's handling of the crisis itself.

Political fallout is also mounting in France, where the public's high support for the government's pandemic response has recently collapsed and President Emmanuel Macron's approval ratings have fallen after getting an initial bump. More than 30 legal complaints have been brought by individuals and groups—such as groups of doctors—against the prime minister, health minister, and other named politicians for their alleged negligence. The complaints cite alleged failures including the decision to go ahead with the first round of municipal elections just before the lockdown on 17 March; the low level of testing and contact tracing for the virus compared to neighboring Germany; the shortage of masks and other PPE; and the high level of mortality in care homes.

Legal experts say the lawsuits have little or no chance of success. However, they reflect a deepening malaise fueled not just by perceptions that the government has mishandled the crisis but also that globalism and market forces have failed the national interest. Macron, who is seen as a champion of globalism, could come under pressure to reposition himself. His main rival, far-right leader Marine Le Pen, has performed poorly since the onset of the pandemic, but a different political climate post-coronavirus could lead to the emergence in the next two years of strong presidential campaigns by center-right and center-left leaders who until now had been sidelined by Macron. The names to watch: Valérie Pecresse, the center-right president of the Paris (Ile de France) region, and Arnaud Montebourg, the former Socialist employment minister.

Authorities moved relatively quickly to impose regional and then nationwide lockdowns. But there were several missteps at the local level—such as in Lombardy—where outbreaks were ignored or not contained, leading to large-scale infections. There were also PPE shortages (especially for general practitioners), though these are now mostly resolved, thanks to the combination of EU-wide procurement and effective efforts to leverage the country's large textile and machinery sectors. But Rome is now struggling to manage the first phase of easing restrictions and devise an effective exit strategy. Contradictory communications, shifting deadlines, and confusion over the measures involved is prompting criticism of the country's already fragile government.

Still, snap elections remain very unlikely this year, considering the practical difficulties of holding a vote before the healthcare crisis is resolved, governing parties' reluctance to face the polls, and the tradition of not holding elections in the second half of the year. This makes the spring of 2021 the earliest plausible window. A more realistic scenario would be a change in government without elections once the acute phase of the crisis has passed. This could involve the current majority being broadened to include some opposition parties in support of a national unity or technocratic government. But there is no escaping the probability that elections—whenever they are held—will produce a Lega-led Euroskeptic government headed by the EU's nemesis, Matteo Salvini. 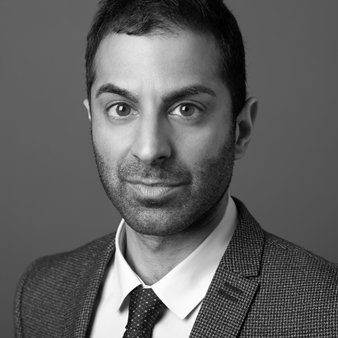