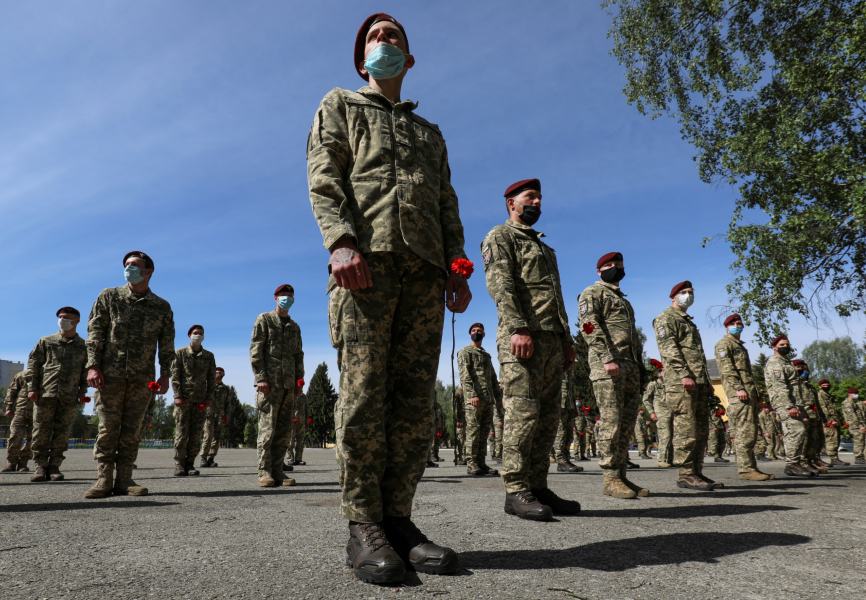 Ukrainian servicemen attend the funeral of Sergiy Tymoshchuk, who was killed in the country's conflict in eastern Ukraine in 2014. REUTERS.
A new cease-fire between Ukrainian government troops and Russian-backed separatists in eastern Ukraine faced problems in its first week that could lead it to fall apart as fast as other past attempts. The Organization for Security and Co-operation in Europe (OSCE) monitors reported 122 violations since the latest effort started to halt the fighting that has killed more than 13,000 people since 2014. The conflict began a few months after revolution brought a reformist government to power in Kyiv, and after President Vladimir Putin annexed Ukraine's Crimean peninsula in an action not recognized by the international community. Major combat ended with an agreement in the Belarus capital Minsk in early 2015, but clashes of varying severity have regularly killed combatants and civilians since then. Even if last week's agreement can stop the bloodshed, it is unlikely to lead to a prompt resolution of the underlying conflict that has torn Ukraine and been a continual irritant in relations between Russia and the West.

Though the fighting has not stopped, there have been positive signals over the past year since Ukraine's President Volodymyr Zelensky took office. Russia and Ukraine have engaged in more dialogue, and a series of prisoner exchanges has helped to reduce tension. The latest cease-fire agreement was the result of talks between the two governments and representatives of the Russian-backed separatists, mediated by the OSCE. It stood out from past deals for its attempt to slow or stop retaliation by one side for violations by the other. Meanwhile, more prisoner exchanges are probable, and talks on such swaps should continue regardless of the status of the cease-fire. Zelensky campaigned on ending the conflict and will want to see discussions continue to make progress. The Kremlin has also shown its interest in confidence-building measures. These goodwill gestures will at least limit the risk of an escalation in fighting.

But even if a sustained cease-fire emerges, it is unlikely to be sufficient to forge an agreement between Moscow and Kyiv in the near term on questions of administrative status and elections in the separatist-controlled areas that are needed to produce the political solution that can end the conflict. The Russian and Ukrainian governments' basic stances have not changed substantially. Various formats for talks, including those mediated by France and Germany under the Normandy Format, have failed to move the situation forward. US engagement has fallen since the 2019 investigation and impeachment of President Donald Trump, which focused on Ukraine.

The basic question of which capital will have political control over the separatist-held territory—encapsulated in an argument about whether the areas will have greater autonomy than any other part of Ukraine—will continue to hinder discussions. Russia will insist on enforcement of the 2015 Minsk agreement, which puts the responsibility on Ukraine to hold elections in the separatist-held zones and grant them special governing status. Zelensky holds to a longstanding Ukrainian position that elections cannot be held until armed groups in those areas stand down or are withdrawn. The Ukrainian president is constrained in what he could offer if he sought to change that position—opinion polls over the past year show that though Ukrainians want an end to the conflict, a majority are opposed to making major concessions to Russia to secure it.

Russia will remain at odds with the west

With the prospect of a political breakthrough still low, Russia cannot expect any relief on US and EU sanctions enacted in response to its actions in the conflict. This includes the sanctions targeting the financial, defense, and energy sectors that have been in place since 2014. The EU on 29 June renewed its version of these strictures for another six months, while the US sanctions are codified in the 2017 CAATSA law. The EU has consistently linked removal of those sanctions to Russian actions to ease the security situation in eastern Ukraine. The US Congress, which is more hawkish on Russia than the White House, can review and overturn a decision by President Donald Trump to remove the sanctions if it objects.

Continuation of these measures remains unlikely to affect Moscow's actions. The conflict in eastern Ukraine does not generate the same support among the Russian public that the Crimean annexation does, but it is strategically important to the Kremlin. For Putin, Ukraine is a critical part of what he sees as Russia's sphere of influence, and he strongly opposes its closer interaction with the EU and the US. The value of maintaining a political foothold through de facto control of Ukrainian territory continues to outweigh the economic damage caused by the sanctions. 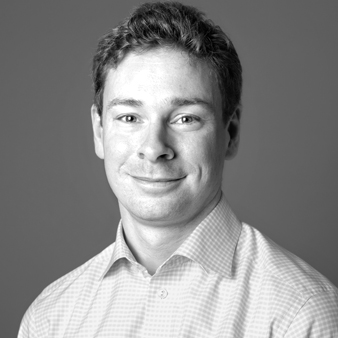 Alex Brideau leads Eurasia Group's coverage of Russia's foreign policy, Ukraine, and the broader Eurasia region. He examines developments related to US and EU sanctions against Russia, Ukraine's economic reforms and its IMF loan program, the conflict in eastern Ukraine, Russia's engagement in European and Asian energy markets, and trade and political relationships between Russia and its regional partners.