Eurasia Group | Weeks of violence between Azerbaijan and Armenia

Weeks of violence between Azerbaijan and Armenia 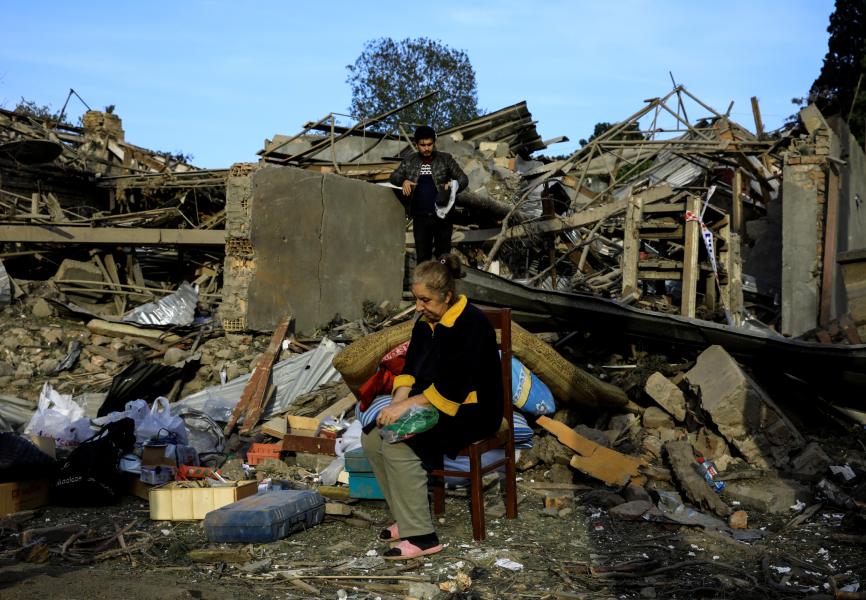 A woman sits outside a home hit by a rocket in Ganja, Azerbaijan during fighting between Azerbaijan and Armenia over the Nagorno-Karabakh region. REUTERS.
Armenia and Azerbaijan have been at war in the Nagorno-Karabakh region and surrounding area since 27 September. Hundreds of people—perhaps more than a thousand—are likely to have been killed so far, while frequent bombardment of Nagorno-Karabakh's major cities and strikes against Azerbaijani cities outside the conflict zone pose a grave threat to civilians. On 10 October, Russia brokered an agreement to pause fighting, remove the dead, and exchange prisoners; the lull collapsed almost immediately.

Though the dispute dates back to the early days of the Soviet Union, Eurasia Group expert Zachary Witlin explains how this is different from past clashes.

What is the source of Azerbaijan and Armenia's conflict?

The roots of the Nagorno-Karabakh dispute go back to the Bolsheviks' decision in 1921 that the mountainous and predominantly ethnic Armenian area would be part of Soviet Azerbaijan. As nationalist movements roared to life across the Soviet Union in the run-up to its 1991 collapse, a series of forced expulsions, pogroms, and war between 1988 and 1994 left Nagorno-Karabakh as a de facto Armenian protectorate.

But after tens of thousands were killed and hundreds of thousands displaced, a 1994 cease-fire failed to deliver a resolution. Seven surrounding Azerbaijani territories remained under Armenian control as a buffer zone, and Nagorno-Karabakh still is not internationally recognized as an independent entity. Though the 1994 cease-fire has faltered repeatedly, the latest fighting marks the most serious escalation since the war ended.

Why are these clashes continuing?

Several long-term trends came to a boiling point this year. Armenia and Azerbaijan have both invested heavily in their armed forces, with Azerbaijan in particular channeling oil wealth into a modern military. The scale of military hardware being deployed today is more than the area has ever seen, with the use of drones by Azerbaijan noteworthy.

Hopes have cratered that the 2018 Velvet Revolution that brought Nikol Pashinyan to power in Armenia would re-invigorate peace talks. In January 2019, foreign ministers of both countries “agreed upon the necessity of taking concrete measures to prepare the populations for peace,” and some tentative agreements like an effort to improve communications seemed promising. But by July 2020, shelling on the international border between Armenia and Azerbaijan resulted in the death of an Azerbaijani general for the first time since 1994, sparking public fury and denting the country's confidence in talks with Pashinyan. Turkey, a longstanding partner of Azerbaijan, has also chimed in far more aggressively than in the past, calling for action by Baku and increasing military aid. The devastating economic consequences of coronavirus have only exacerbated strains for the already tense public.

The element of extreme public anger partly explains why it will be harder to achieve—as well as maintain— a cease-fire. Both countries' leaders will fear any appearance of defeat. It will be especially hard for Azerbaijan to walk back the expectations set by authorities, who have called for complete liberation of Nagorno-Karabakh and the surrounding territories. But the rough terrain makes it difficult to take and hold territory in much of the conflict zone, regardless of Azerbaijan's growing technological edge. Meanwhile, both civilian and military deaths are mounting.

How involved are outside actors becoming?

Russia has long been the most influential outside actor. Moscow supplies weapons to both sides, while maintaining a military base and defense agreement with Armenia (which formally does not apply to Nagorno-Karabakh because it is not considered Armenian territory under international law). Turkey is a longstanding partner of Azerbaijan and has increased weapons sales to Baku, as has Israel. The OSCE Minsk Group—co-chaired by Russia, the US, and France—has long been the main mechanism for international mediation and does not take sides.

Despite Turkey's highly visible role in the latest escalation and Russia's longstanding influence, Nagorno-Karabakh is not a proxy war between the two. The conflict is fundamentally about Armenia, Azerbaijan, and the residents of the disputed territory. Russia does not have perfect control over the situation when violence erupts. Azerbaijan will want Ankara to become more involved in future talks, and Turkey values the publicity of making waves in the region, but neither Turkey nor Russia are pulling anyone's strings.

How does this end?

For the civilians facing bombardment in Nagorno-Karabakh as well as in cities in Azerbaijan beyond the conflict zone, a recommitment to the humanitarian pause agreed to in Moscow is essential, hopefully with a firmer cease-fire arriving in days, rather than weeks. In Moscow, the foreign ministers agreed that whenever they do return to the negotiating table, it should be with the OSCE Minsk Group. With winter coming and the terrain around Nagorno-Karabakh already difficult to take by force, digging in would only cost more lives.

After 26 years, nobody expects a sudden breakthrough. The palpable anger in both countries, who are reliving past traumas through today's violence, makes it even less likely in the coming years. Russia's ability to manage the conflict is weaker than in the past, and the sheer number of crises in which Moscow is involved might make this conflict a lower priority.

And yet there have been important developments since 1994. Armenia and Azerbaijan have discussed basic principles for settling the conflict but have never been able to translate them into a plan of action. When talks were on an upswing last year, the countries established better lines of communication, even if these were ultimately ignored. Finally, international media already consumed by the US presidential election, coronavirus, and no shortage of important stories worldwide has nonetheless given the conflict the kind of attention it hasn't always received. Ideally, this will place it higher on the agenda for leaders in Europe and the US and encourage a renewed effort toward the war's ultimate resolution. 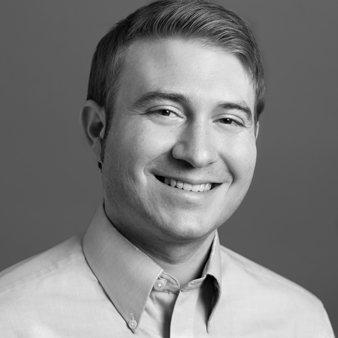 Zachary Witlin specializes in the political economy and geopolitics of Eurasia, with special emphasis on Russia, Kazakhstan, Azerbaijan, and Georgia. He regularly advises on economic policy, as well as prospects for reform, leadership dynamics, and foreign relations within and beyond the post-Soviet space.