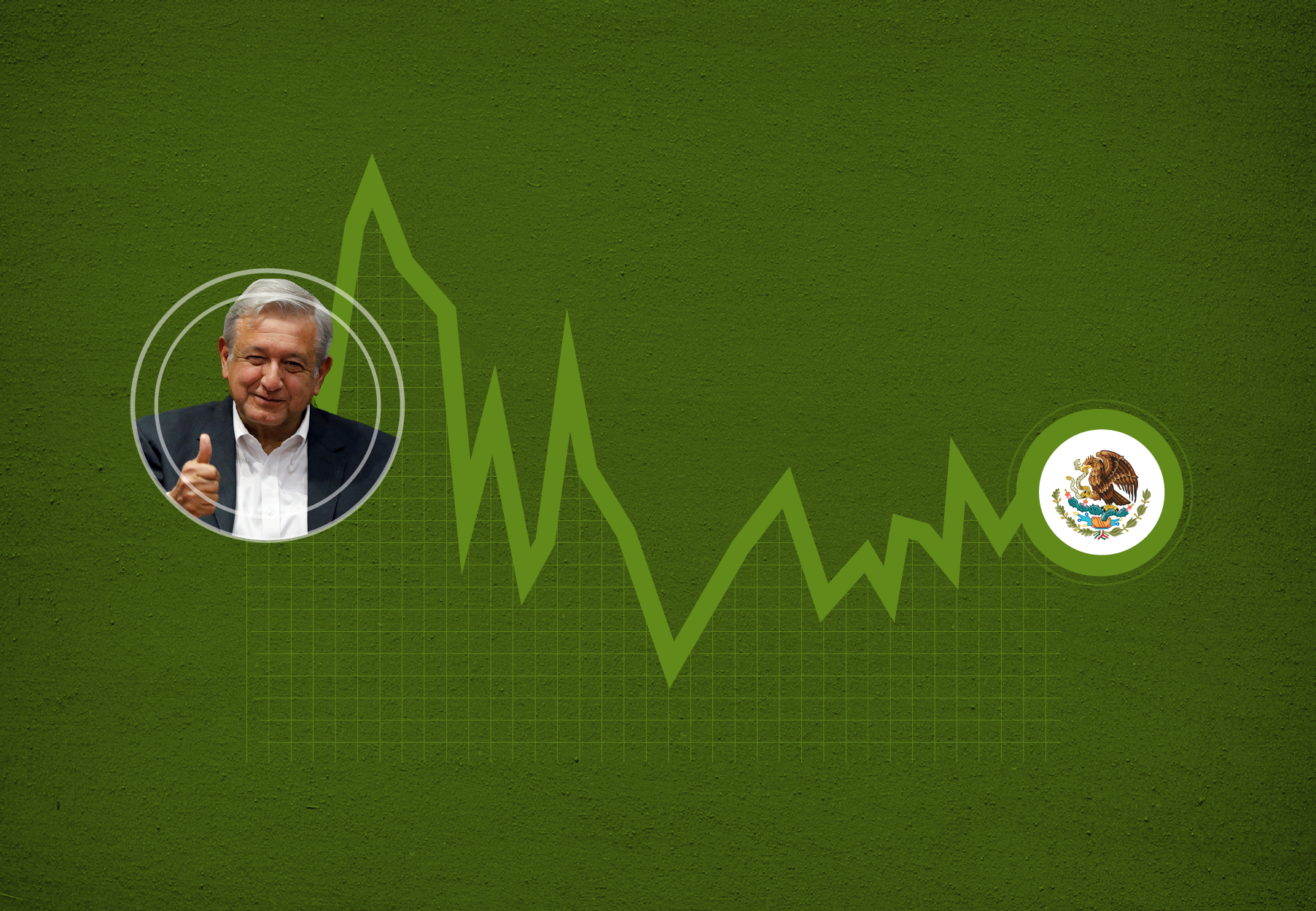 DOMESTIC RISK FACTORS LOOM LARGE. The country's new president, Andres Manuel Lopez Obrador, begins his term with a degree of power and control over the political system not seen in Mexico since the early 1990s. His Morena party has comfortable majorities in both houses of congress, and together with allies, it could reform the constitution at will.

This was always going to be a complicated presidency for markets, and recent actions by the new president have confirmed our expectations, which leaned more bearish than consensus. Lopez Obrador believes that many of Mexico's problems today are a function of the structural reforms implemented since the 1980s. These include an opening of the economy, orthodox macroeconomic policies, privatizations, and deregulation.

For Lopez Obrador, making Mexico great again is to take it back to the 1960s and 1970s.

During his first year, Lopez Obrador will focus on launching his ambitious social and infrastructure programs, at the expense of Mexico's fiscal position. Though he has vowed to be fiscally prudent, he's unlikely to find the resources to finance his projects. He will prioritize this spending anyway, because he sees it as critical to solving many of the country's problems—including poverty, security, and immigration.

The operating environment for firms in the energy sector will become more challenging. Lopez Obrador has historically opposed the energy opening and private investment, particularly in the upstream segment, and has nominated a team with highly nationalistic views. While a full reversal of the energy reform is unlikely, policy will become more restrictive, and there will be an effort to boost the role of state-owned companies. All of this will have a negative impact on production and further worsen the fiscal picture.

More generally, policy will become less predictable, more interventionist, and of lower quality—with negative effects for markets. Lopez Obrador will centralize decision-making in his own hands, and the roles of secretaries and advisers will be limited. As was clear with the cancellation of the Mexico City airport project, he will make decisions based on his personal beliefs and preferences, with moderate advisers having limited influence. Lopez Obrador's Morena party will also be a source of continual demands and initiatives that will make life difficult for investors. If the US-Mexico-Canada Agreement isn't ratified by the US Congress (though we expect it will be), risks will be even higher.

Finally, security will be one of the new president's main challenges, and he lacks a clear strategy to deal with this worsening problem. He will probably continue to rely on the military, coupled with reforms such as amnesty for some drug-related offenses and the legalization of certain drugs. But that's unlikely to improve an increasingly dire situation; 2018 was the most violent year on record, and 2019 could easily break that standard yet again.

Until now, Mexico had been in a different political and economic cycle than the rest of Latin America, and in a lower category of political risk. This year, it will look more like its southern neighbors. 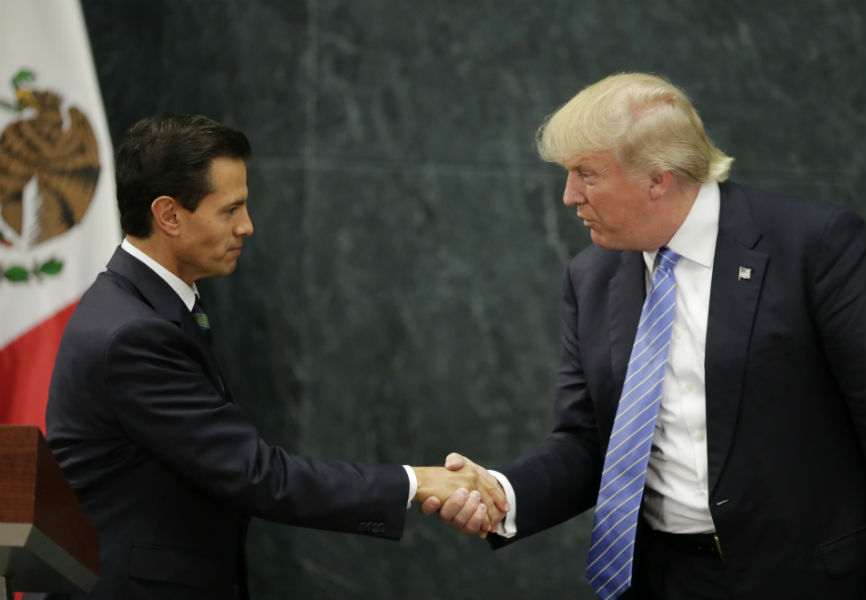 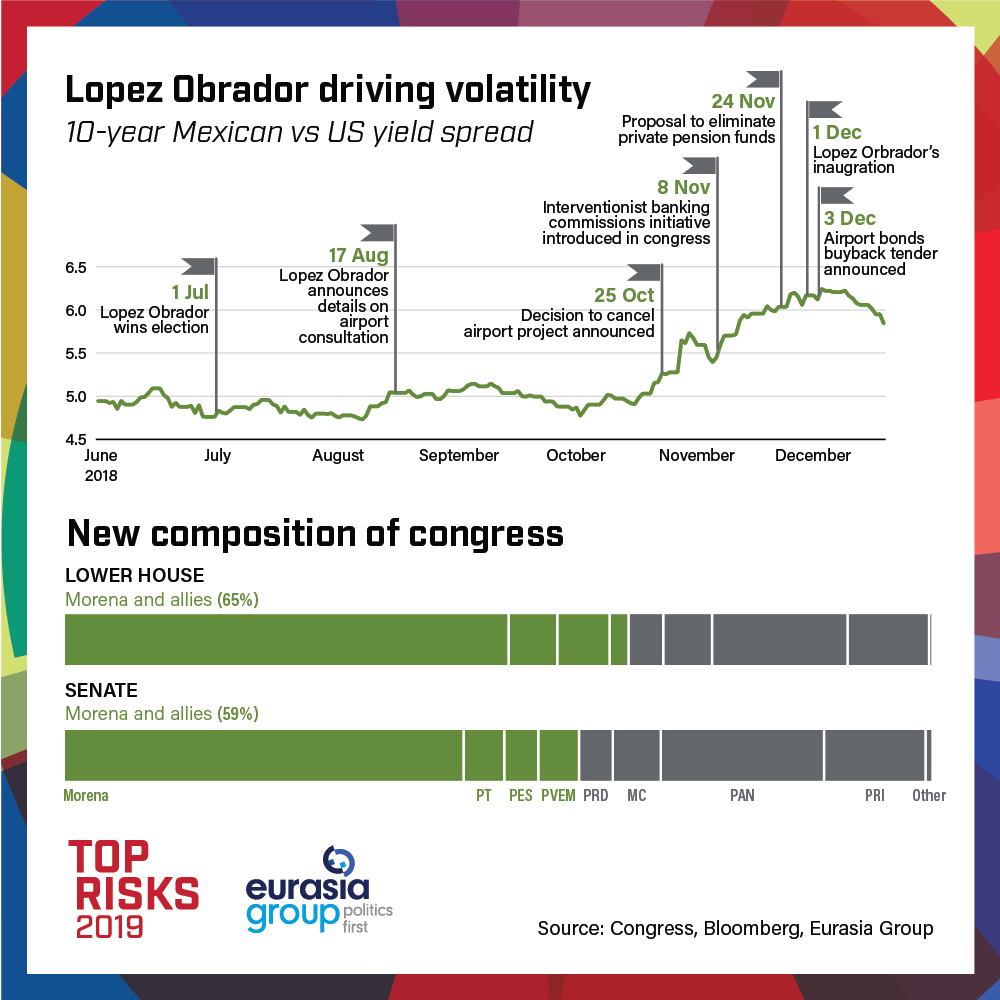