Politics in Pictures: a visual guide to climate change

By: Alexander Kazan
The risks of a warming world

Earlier this week, the UN Intergovernmental Panel on Climate Change (IPCC) released its third report in the last 12 months on the impact of global warming. Simultaneously, world leaders gathered at the UN General Assembly in New York to discuss climate change and responses to it. 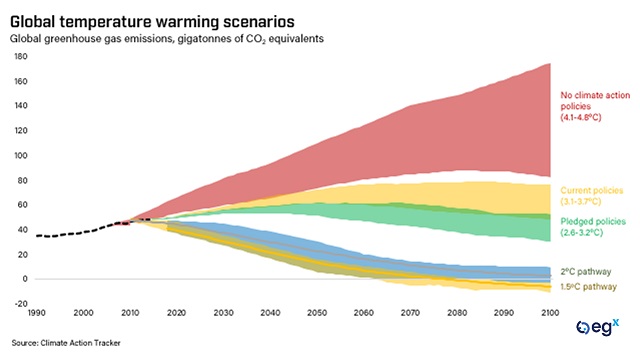 World temperatures are currently on track to rise between 3.1 and 3.7°C by 2100 according to data from the National Oceanic and Atmospheric Administration. Pledged policies, if fully implemented, would only reduce the forecast scenario to a minimum increase of 2.6°C. Far more drastic and urgent action would be required to hit the 2.0°C or 1.5°C limit embedded in the 2015 Paris Accord.

Increasing global temperatures have the potential to exacerbate the severity and the frequency of high-risk weather events, which have already reached an all-time high in the United States in recent years.

Coastal populations are particularly at risk from the potential consequences of climate change. In a +4°C change scenario, the melting of polar ice caps and geothermic expansion of water would result in the submergence of land areas that currently house roughly 600 million people according, to Climate Central's 2017 report.

China is by far the world's largest emitter of greenhouse gases, accounting for nearly 30% of emissions according to the EU's Emissions Database for Global Atmospheric Research. The country has been focused on policies to fight climate change, including investment in renewable energy and a reduction of the role of coal in the country's energy mix.

Divergence between absolute emissions levels and per capita emission levels have raised international political controversies on how to equitably share the short-term economic burdens that might stem from the fight against climate change, particularly since some wealthy countries have the highest emissions per capita. These disputes are further compounded by the greater carbon-intensity of GDP in countries relying on industrialization to catch up economically. 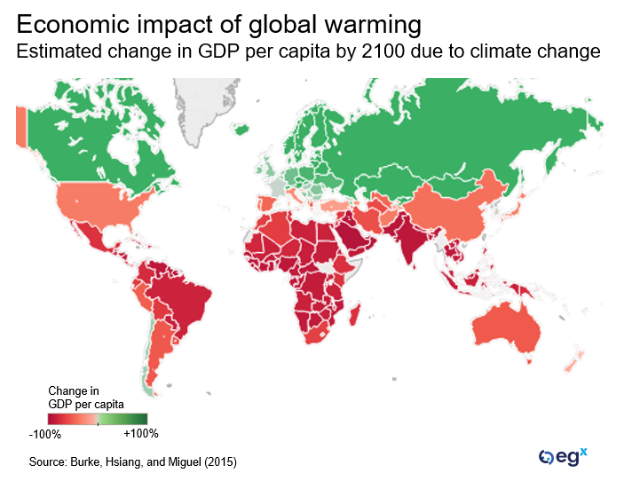 The global impact of climate change will not be evenly distributed. According to a 2015 Stanford study, wealthier countries in the north will fare better and even experience higher than potential growth, partly due to the opening of Arctic trade routes and new arability of land. Poorer countries in the global south with suffer from rising sea levels and other natural disasters while having fewer economic and political resources to respond. 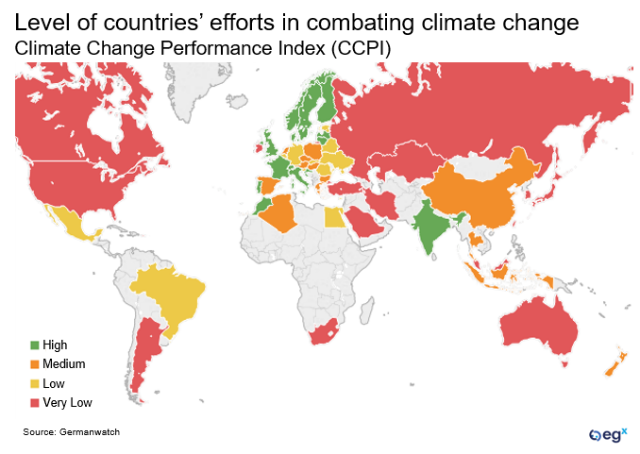 Multilateral approaches to climate change policy remain weak and inconsistently enforced, particularly without US participation in the Paris Agreement. Members of the EU, who have shown the greatest effort so far of any region, remain committed to the Emissions Trading System (ETS) but have divergent national policies, with countries such as Poland and Czechia actively promoting coal use and opposing more stringent climate legislation. 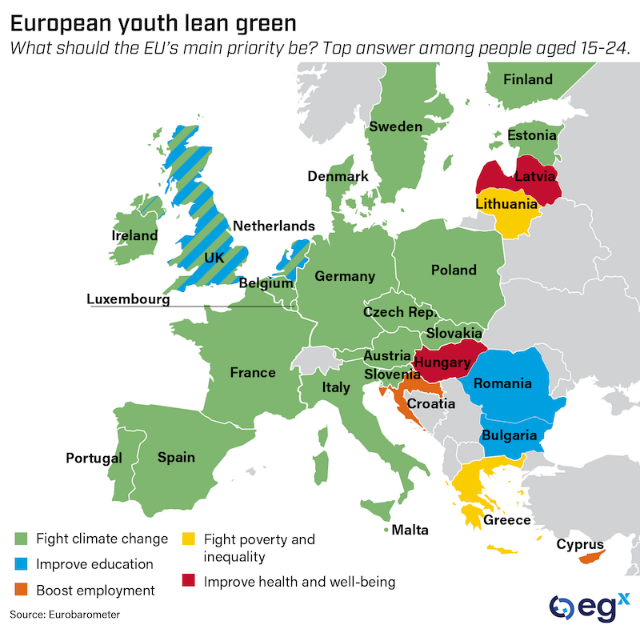 Young people, especially in Europe, prioritize climate change more than members of older generations—and they increasingly expect their politicians to do the same. 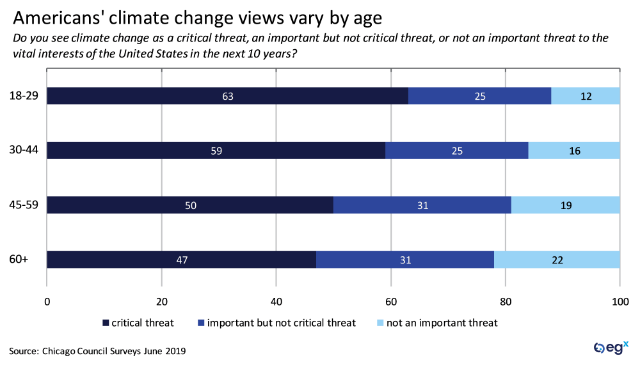 The same theme applies to Americans' views on climate change.

The investment and asset management community has also taken notice of shifting opinions on climate change, leading to an increase of money managed according to environmental, social, and governance concerns.