Brazilian President Jair Bolsonaro. REUTERS.
President Jair Bolsonaro won office promising to shake up the old way of doing politics in Brazil and with tough talk on crime and social issues. A pair of dueling demonstrations in recent weeks—one for the president and one against—highlights the challenges faced by this unconventional politician who has drawn comparisons with Donald Trump. Eurasia Group expert Silvio Cascione takes stock of Bolsonaro's progress nearly six months since he took office on 1 January.

What triggered the demonstrations and what will be their likely impact?

An estimated one million protestors took to the streets on 15 May after the Bolsonaro administration announced spending freezes on education to help meet this year's budget targets. Budget adjustments are relatively common, but the new measures offered Bolsonaro's left-wing opposition a good rallying cry. The 26 May demonstrations were slightly less numerous and represented a direct response from Bolsonaro's supporters. Initially aimed at rallying right-wing voters, the second round of demonstrations were broadened to protest against so-called corrupt politicians obstructing the government's efforts. Brazilians remain angry with the political class, but these events showed that the left may be able to start harnessing frustrations with the poor quality of public services to oppose the president. The protests are unlikely to derail Bolsonaro's signature pension reform legislation in congress, but higher polarization has crystallized the impression among lawmakers that Bolsonaro will never build a coalition in congress and has even started some talk of impeachment. He is unlikely to be removed from office like former president Dilma Rousseff three years ago, but lawmakers will gradually take more responsibility over the political agenda.

What do Bolsonaro's approval ratings show?

The president's approval ratings deteriorated noticeably in his first months in office as many voters without strong right-wing views quickly became frustrated with the president's confrontational and oftentimes offensive rhetoric. But this trend has leveled off since March, and his approval ratings have remained stable, with about one third of the electorate giving his administration great or good marks. Disapproval ratings show a more worrisome trend for Bolsonaro: The number of people who rate his administration as bad or awful has grown steadily since January and is also at one third of the electorate now. The intense polarization is likely to persist. Bolsonaro's number one priority early in his term is to approve a pension reform thought necessary to shore up a weak economy; on that account, he is likely to succeed. On the rest of his agenda, he has passed small measures on issues like gun control, for example.

Bolsonaro has been referred to as the “Trump of the tropics”—why is that?

Tweeting frantically, sometimes in all caps? Check. Denouncing the mainstream media as fake news? Check. Promising to put an end to old political practices and drain the swamp? Check. Some say it is not Bolsonaro who tweets every day, but his son Carlos. But that doesn't matter to his hardcore voters. Much like Trump, Bolsonaro has stuck to his campaign rhetoric and has counted on the support of his loyal base of support to fend off talk of impeachment. To them, Bolsonaro puts Brazil above everything—similar to Trump's “America First” creed. Bolsonaro admires Trump and used his script to win last year's election.

What are the main policies the Bolsonaro administration is trying to advance, and what are its odds of success?

Bolsonaro has an ambitious agenda of business-friendly reforms that goes beyond pensions. He wants to overhaul the tax system to simplify it and eventually be able to reduce the burden on voters and companies. He also want to privatize state-owned enterprises and cut tariffs on trade, as well as decentralize resources from the federal government to states and cities. Without an organized coalition in congress, he will probably only be able to advance measures that do not require constitutional change. The president has also put forward a series of anticorruption measures presented by Justice Minister Sergio Moro. These are popular with the public, so they will probably move forward as well, though they will face resistance in a congress still dominated by old-school politicians. Bolsonaro also talks a lot about getting rid of left-wing influence in schools and universities, restoring family values, and loosening gun controls. But these issues that are dear to his right-wing core constituency will be much more difficult to address in any substantial way given his lack of support from congress. 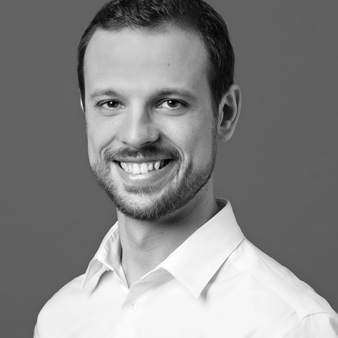 Based in Brasilia, Silvio manages Eurasia Group's local research on Brazil's congressional agenda and major regulatory changes. He is the ear on the ground for clients interested in the latest updates from Brazil's capital.