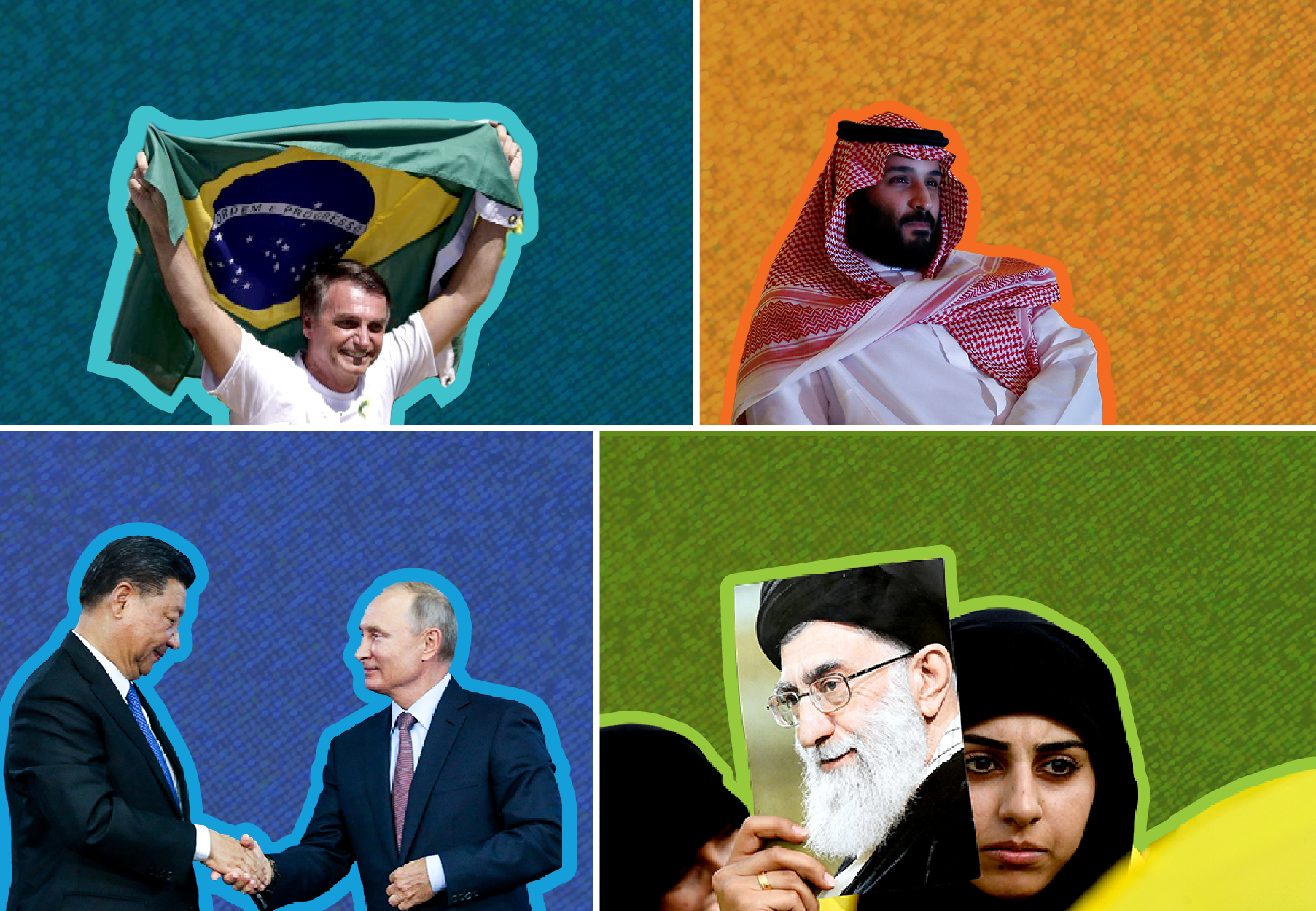 A return to dictatorship in Brazil
The election of far-right politician Bolsonaro marked the first presidential defeat of the leftist Workers' Party (PT) in twenty years and brought a (retired) army officer to power for the first time since the 1964-1985 era of military rule. But despite Bolsonaro's defense of authoritarian practices and his fiery rhetoric against opponents, this is not the end of Brazil's young democracy.

The new president will not have popular support to aggressively centralize power. He had the highest rejection rate of any elected president in recent history, he'll have to focus on a laundry list of demands from voters, and he's far from controlling congress—a requirement for amending the constitution.

Brazilian institutions are more decentralized and robust than they were five decades ago, and they look particularly strong when compared to those of other emerging-market countries. The Supreme Court has entrenched independence; state courts and prosecutors enjoy autonomy; individual governors control police forces; and the media operates freely without strong government oversight. Brazil is not Venezuela or even Turkey.

And, perhaps most importantly, there is no support within the armed forces for taking power. This isn't the 1960s, there is no “Communist threat,” and most military officers know that running the country would be more hassle than it's worth.


Saudi Arabia Mohammed bin Salman is not the most popular man in the world these days, but 2019 will be a better year for him, and for Saudi Arabia, than many would like to believe. International pressure on the young crown prince will not end his bid to become king; he remains firmly in line to take power from his father. The killing of Jamal Khashoggi will convince King Salman to rein in his son and once again include senior members of the family in the decision-making process, but this will act as a stabilizing factor for the country, not a direct threat to his rule.

Washington and Riyadh will work to contain tensions in their relationship, as each needs the other for the protection of strategic interests. The Trump administration won't go after the crown prince. Regionally, Iran and Saudi Arabia will spar, but each will try to avoid any intensification of their rivalry as both focus on growing domestic concerns. Saudi Arabia will continue to deescalate its war in Yemen and ease tensions with Qatar to placate its Western partners.

Vision 2030 and the domestic reform agenda will face setbacks, as international investors remain reluctant to re-engage too quickly with the Saudi leadership. Domestic spending will increase to ensure that domestic pressures on the regime remain under control. However, deep pockets will help the kingdom manage these challenges in 2019.


IranIran is a serious trouble spot in 2019. Faced with severe US sanctions, the economy will contract, inflation will rise, and the unemployment rate will increase. But the US campaign against Iran is unlikely to trigger a major crisis this year. The nuclear issue will remain on the back burner.

Iran will probably remain in the nuclear deal—and abide by its restrictions—to preserve economic ties with Europe and oil sales to Asia, hoping to run out the clock on the Trump administration. Even if the country does leave the deal, it will not drastically ramp up its nuclear program. It may tinker with new centrifuges or marginally increase its stockpile of low enriched uranium. But it will be cautious to avoid provoking US or Israeli military strikes. Iran will show resolve by pursuing a tough policy in the region, but pragmatism will limit its aggressiveness.

Most significantly, regime change is not coming to Iran anytime soon. Most Iranians see the regime as legitimate, if deeply flawed. The government is well practiced at sanctions evasion. And the security forces are a firm backstop to any protest movement that gets out of hand.


Russia-China relationsAs Beijing and Moscow face new challenges in their respective relationships with the US, speculation has grown about the prospect for a formal China-Russia alliance. Such a partnership remains unlikely.

True, collaboration between Moscow and Beijing has increased dramatically in recent years. Politically, both countries have an incentive to join forces on pushing back against the US leadership. Economically, each makes an attractive partner for the other: energy for China and external funding for Russia. Russia has emerged as the biggest recipient of China's Silk Road Fund, and last year China participated in Russia's large military exercises for the first time.

But that's where the love stops. Deep cultural suspicion persists between the two sides. China has little incentive to boost a declining Russian economy. Russia has no desire to become Beijing's raw materials junior partner. The two share a desire to reshape the global order, but Beijing's approach is far more incremental and collaborative than Moscow's brash revisionism. And while the two countries' militaries work together, their geopolitical outlooks remain divergent, and they could clash down the road over competing areas of interest, particularly in Central Asia