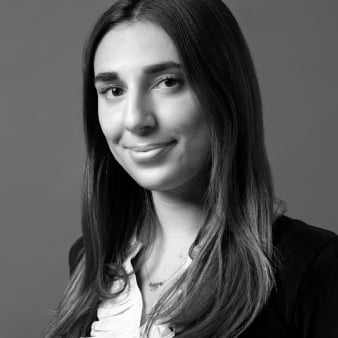 Yael assists with coverage of the Central American, Caribbean, and Andean regions. Prior to transitioning to her role as a researcher, Yael assisted with Eurasia Group's business expansion in Mexico and other Spanish-speaking countries in Latin America. She previously held an internship at the Ibero-American General Secretariat in Madrid, where she did research on the disproportionate economic, social, and health impacts of the Covid-19 pandemic on women in Spain, Portugal, and Latin America.

Yael holds a bachelor's degree in international affairs and conflict resolution from George Washington University's Elliott School of International Affairs. She spent a year living in Israel, from where she traveled across Europe, the Middle East, and Asia studying comparative politics and cultures. In her spare time, Yael can expertly make a cup of coffee using at least four unique methods, though her favorite brew will always be a café cortado from South America.