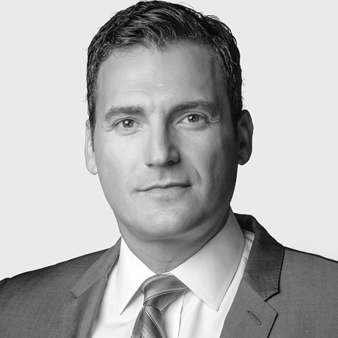 As publisher of GZERO Media and a member of the Eurasia Group management committee, Evan draws on his decades of experience in digital media, political journalism, and brand building to spearhead GZERO Media's ambitious programming and platform goals.

Prior to his work at CTV, Evan hosted the daily award-winning national political TV program Power & Politics with Evan Solomon at the CBC, among other programs at the national public broadcaster. He also executive produced and hosted the daily radio program Everything is Political on Sirius XM radio. A best-selling author, Evan's books include Fueling the Future: How the Battle Over Energy Is Changing Everything, nominated for the National Business Book Award and the National Science Book of the Year, and Feeding the Future: From Fat to Famine: How to Solve the World's Food Crisis. Both books were re-released as Food and Fuel.

Evan holds undergraduate and graduate degrees from McGill University, where his two children are now students. When not knee deep in politics, Evan would drop anything for a long run, a game of tennis, or a jam session on guitar. In all of the above, his passion is way ahead of his talent.