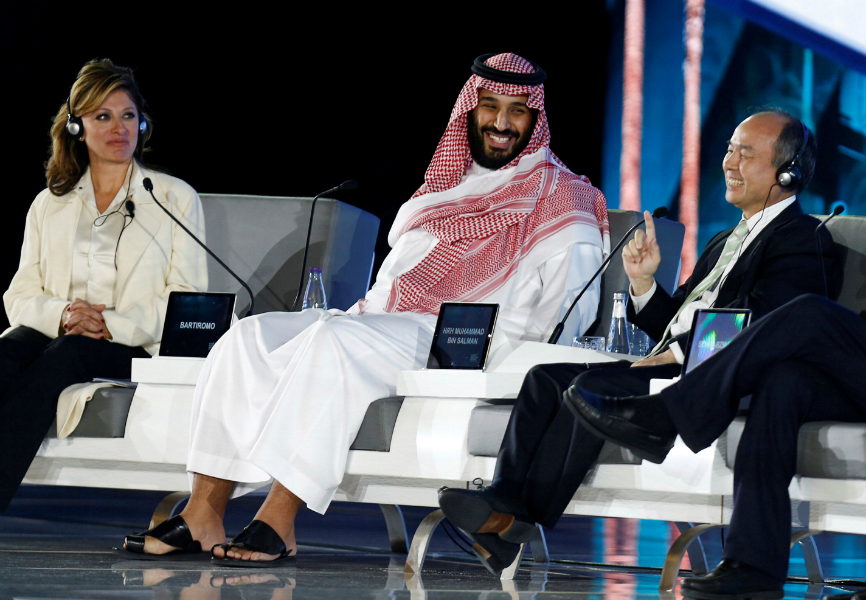 Pulling off a successful political purge is no easy feat—particularly in Saudi Arabia, where the lines dividing royalty, politics, security, media and business are indelibly blurred. Here are five different groups targeted by soon-to-be-king Mohammed bin Salman (widely known as MBS) this week as he prepares to ascend the Saudi throne:

Family comes first—even in purges. The Al Saud family, the namesake of the country, spans 6 family tree branches and approximately 15,000 royals; all told, the House of Saud is believed to be worth upwards of $1 trillion. And while the 32-year old crown prince has been heralded across Western media as an ambitious and reform-minded upstart, not everyone in the royal family shares that view, particularly its more conservative members. Hence, at least 11 princes were rounded up over the weekend, many of them among the kingdom's most powerful royals.

Complicating matters is the ever-changing Saudi line of succession. The current King Salman is the son of Abdulaziz ibn Saud, the founder of modern Saudi Arabia. For the last six decades, the crown had been handed off between Abdulaziz's sons; MBS will be Abdulaziz's first grandson to ascend to power, a long-delayed generational jump that was always bound to pack drama.

It's true that MBS is a genuine reformer, but practical concerns have forced his hand as well. The Saudis have spent decades lavishing its citizens with welfare benefits to keep political dissent to an absolute minimum. That's no longer possible with oil prices hovering around the $60 mark. But MBS has a plan—Vision 2030, penned with the help of management consultants from McKinsey and other firms. It's an ambitious overhaul of the world's 20th largest economy, and the diversification away from oil includes a 5% sale of Saudi Aramco, the Saudi state oil giant that's valued by Riyadh at $2 trillion. The hope was that the sale would raise $100 billion, but that's always been seen as overly optimistic estimate—the figure is likely closer to $65 billion.

Now even that is thrown into question with the arrest of State Minister and Aramco board member Ibrahim Al-Assaf. Minister of Economy and Planning Adel bin Mohammed Faqih was also taken into custody this weekend. In total, at least 38 past, current and deputy ministers have been detained in what's been framed as an anti-corruption drive (though it's still too early to tell if that's actually the case). If you're going to overhaul an entire economy, you may as well start with a clean slate.

It's entirely possible that the ministers controlling key parts of the Saudi economy were arrested less because they posed a direct threat to MBS and more because they disagreed about the direction of economic reforms. There's no question that the arrests of Admiral Abdullah bin Sultan bin Mohammed al Sultan, commander of the Kingdom's naval forces, and Prince Mitaab bin Abdullah, Minister of the National Guard, were intended to ensure a monopoly of power for MBS.

The crown prince has been defense minister of the Kingdom since 2015, and the National Guard was the last security force that remained outside his control. Mitaab was the one person inside the government who could've posed a serious challenge to MBS. That's no longer a worry.

Taking on military leaders is the most traditional component of the crown prince's purge. But taking on the religious establishment is the most radical.

The Saudi Kingdom has a rather complicated relationship with Wahabism, a fundamentalist version of Islam. Briefly, the al Saud tribe needed the followers of Muhammed ibn al-Wahhab to help transform them from just another regional tribe on the Arabian peninsula to the dominant force we know today, first to fight alongside them and then to help create and maintain a Saudi civil society.

But the relationship has always been uneasy—whereas Saudi rulers had wanted to engage with the world, Wahhabists shunned modernity as heretical. That became a particular problem once Saudi oil made the kingdom a magnet for foreign investors. For decades, it was an uneasy peace.

That's about to change. It began with MBS's announcement two months ago that the Saudi Kingdom would begin issuing driver's licenses to females. He's gone further, forbidding the Saudi religious police from arresting Saudi citizens, and he has begun to modernize the Saudi Council for Hadith rulings, which regulates the daily behaviors of devout Muslims. He was also sure to sweep up dozens of hardline clerics in this week's purge.

Of course, a successful purge doesn't mean just removing those with formal powers. As with all political power plays, there's a crucial PR component involved. And if you're going to control the narrative, you have to control the ones telling that narrative—hence the arrests of Waleed al-Ibrahim, chairman of the MBC media group. Relatedly, the former CEO of the Saudi Telecom Company, Saud al-Dawish, was also detained over the weekend.

But there was no more surprising arrest than that of billionaire Alwaleed bin Talal — a cousin of MBS who is perhaps Saudi Arabia's most renowned international investor, with significant stakes in Twitter, Lyft and Citigroup. It was particularly surprising given Alwaleed support of MBS' general reform push and moderation of Islam, both in private and in public. It's that last part that may have been his undoing—in 2017 Saudi Arabia, there's only one mouthpiece for liberalizing social, culture and religion in Saudi society, and that's the one about to ascend the throne.

If nothing else, the purge shows MBS has the ambition necessary to transform the Kingdom of Saudi Arabia into a modern, diversified 21st century economy. Now comes the hard part—executing on those ambitions.