Eurasia Group | The Benefits of Butting Out

The Benefits of Butting Out 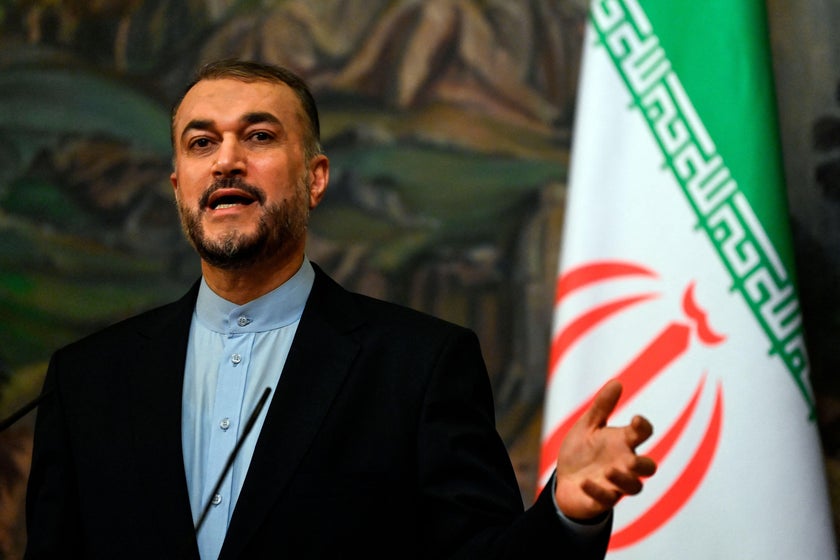 Iran and Saudi Arabia—the bitterest rivals in the Middle East, which have supported and armed opposite sides in several of the region's proxy wars—have held four rounds of diplomatic talks in recent months, and officials say the talks are on “a good path” and have gone a “good distance” toward calming tensions.

One lesson of this development: In certain parts of the world, America's disengagement from political and military clashes may be a positive force for peace and stability.

This runs contrary to the conventional wisdom, which holds that a U.S. presence is necessary to keep unstable regions together and that a U.S. withdrawal would leave a “power vacuum,” which will only heighten tensions and lead to war.

It is unclear where the Iran-Saudi talks are going. They are still in an “exploratory phase,” their officials say. But Raad Alkadiri, a managing director of the Eurasia Group, an international risk-assessment firm, finds it significant that the talks—the possibility of which would have been dismissed as extremely unlikely just a few months ago—are continuing. And while they seem focused primarily on the war in Yemen, a drain to both sides' resources, these sorts of talks, which may start out narrowly focused, often trigger a “process of confidence-building and a shattering of the freeze” in the two countries' relations.

Alkadiri agrees that much of the emergence of the talks is related to the scaling-back of America's role in the Middle East. Members of the Saudi royal family could once count on Washington to bail them out of any crisis, back them up in any mess they created or fell into. But as U.S. dependence on oil ended, and as attention pivoted to the opportunities and challenges in the Indo-Pacific region, this reflexive support for Riyadh's side in any clash has diminished considerably.

The Saudis may have first felt the cooling of their once-special relationship in September 2019, when then-President Donald Trump—who seemed to be an enthusiastic supporter—blamed Iran for two drone strikes against oil facilities inside Saudi Arabia, but then took no action in response.

More recently, the Saudis have been “very shaken” by the sudden and total U.S. withdrawal from Afghanistan, says Bruce Riedel, a former CIA analyst and now senior fellow at the Brookings Institution's Center for Middle East Policy. “The images of Americans abandoning Afghanistan are scary for the Gulf Arabs” as well, Riedel told me.

The upside to all this is that these countries—Qatar, Oman, the United Arab Emirates, and Bahrain, as well as Saudi Arabia—will have to reassess the regional landscape and take more responsibility for their own security. And that may be for the good.

Says Alkadiri, “The U.S. has a habit of seeing itself as indispensable to regional stability around the world, when in fact its intervention can be very destabilizing, because it becomes part of the local equation rather than sitting above it.”

President Barack Obama seemed aware of this inclination and took steps to correct it in his first term. He tried to rise above the sectarian quarrels between the Middle East's Shiite and Sunni powers, dealing with each individually from the standpoint of U.S. security interests, which weren't affected in the least by ancient religious disputes. However, when Obama negotiated the Iran nuclear deal, he cozied up to the Saudis to assure them that the accord did not mean he was abandoning the Sunnis (Saudi Arabia and the Gulf Arabs) in favor of the Shiites (Iran and its militias). To prove the point, he turned up the already-flowing spigot on arms sales to the Saudis and turned an eye when they used the weapons against Iranian-backed rebels in Yemen—a move that escalated that war.

Obama was not the first American president who tried to escape the region's bloody feuds only to be “pulled back in” like Michael Corleone. But Obama did send a signal—though partial and misunderstood at the time—that U.S. complicity could not be counted on forever. And President Joe Biden has boosted that signal to a flashing neon sign.

Some critics condemn the trend, lamenting the decline of U.S. influence in the region and the possibility that others—Russia or China—will step in to take our place. One response to this concern might be: “Fine. Let them get bogged down in this quagmire of sand for the next 40 years.” Would it really harm U.S. security interests? Would it deprive us of the region's oil if at some point in the future we needed it? (Would cash payment in U.S. dollars be rejected?)

But the Iran-Saudi talks show us a potentially brighter side of this picture. It could be that America's unqualified assurances of unabashed support kept the Saudis in an infantilized state. Their realization of a new situation—that they can't count on an outside power rescuing them from the next calamity—might turn them into a more responsible regional power.

The key word, of course, is might. The talks might not lead to such peaceful pastures. Or some convergence of crises—the reemergence of ISIS, a terrorist attack, Iranian success at developing an A-bomb, a new conflict involving Israel—might once again pull the Americans back in, and the old way of world politics with it.

It is also worth noting that, even if the Iran-Saudi talks amount to something broad and meaningful, American disengagement is not a universal recipe for peace and stability. It is very much in U.S. interests to stay aligned with certain allies, notably in Europe and the Indo-Pacific region. In some of these potential hot spots, the conventional wisdom—that a U.S. withdrawal would leave a vacuum that bad actors would try to fill—has wisdom.

However, even among its most long-standing allies, America doesn't hold the sway it once did. Earlier this year, the Biden administration tried to coax the Europeans into sharply curtailing economic relations with China. Several of those allies, notably Germany and France, resisted, having formed solid relations with Chinese companies and not desiring a new cold war with Beijing. Secretary of State Antony Blinken had to back off, assuring the allies that Biden wouldn't force them into an “us or them” dilemma.

America's victory in the Cold War paradoxically weakened its leverage in the aftermath. Countries once fell in line with Washington's demands, fearful that failing to do so might strengthen the Soviet bear. Once the bear collapsed, and the Cold War ended with it, these same countries could follow the U.S., align with someone else, or go their own way, as their interests saw fit. Certain U.S. officials, who expected an expansion of unlimited power and influence in the wake of their victory over the USSR, were startled to witness the opposite—and still haven't quite adapted to the new world.

America can no longer be the world's policeman; this nearly all analysts accept, even those of a somewhat hawkish bent. But our politicians still tend to act as if we can be—and are. The fact is, as may turn out to be the case in the world's most sweat-soaked hot spot, it's sometimes best to back off.
Slate
Slate