Eurasia Group | Was Putin behind the Alexei Navalny poisoning?

Was Putin behind the Alexei Navalny poisoning?

Russian opposition leader Alexei Navalny participates in a rally. REUTERS.
When Russian opposition leader Alexei Navalny fell ill with a suspected and eventually confirmed poisoning while returning from a trip to Siberia, suspicion immediately rose that Russian President Vladimir Putin or other Kremlin officials were behind the attack. Members of Russia's opposition, including Navalny, have routinely been targeted and killed in the past. But as Eurasia Group expert Jason Bush explains, there could be other explanations for the assault.

Despite the pattern of Putin's enemies getting poisoned or assassinated, it is not a given that the Kremlin or Putin personally ordered the hit. Even some of Putin's fiercest critics have acknowledged the possibility that “a self-appointed Kremlin avenger” is to blame.

Navalny is not just an opposition leader; he is also an anti-corruption campaigner who produces slick videos compiling evidence about the illicit wealth of well-known businessmen and politicians. Reportedly, this was precisely what he was doing in Siberia in the days before he was poisoned. It is possible one of these enemies wanted revenge for a past revelation about corruption or wanted to silence him before he made embarrassing new ones.

Assuming the order came from on high, there are several possible explanations.

1. Putin's support is shakier than in the past, with his position slipping in opinion polls and the country's already troubled economy facing a bleak outlook. Given the environment, he might be even less willing to tolerate dissent.

2. Russians are more willing to publicly protest than in the past. Last year, Navalny organized protests in Moscow after candidates he supported were excluded from local elections. Since July, there have been large and persistent protests in Khabarovsk, a city in the Far East where Putin sacked a popular governor. With fresh protests next door in Belarus, Putin could be worried about growing social unrest.

3. Navalny is trying to pioneer tactical—or “smart”—voting in upcoming regional elections, encouraging voters to cast ballots for any party that has a chance of beating the ruling United Russia party. He was in Siberia backing independent politicians in municipal elections just before he was poisoned.

None of these theories provide a perfect explanation. Putin's approval rating is still around 60%, and in July, he won a landslide in a referendum proposing constitutional reforms that would allow him to keep power beyond 2024. Despite credible allegations of voting fraud, independent opinion polls suggest support for Putin's constitutional changes broadly reflected the public mood.

The demonstrations in Khabarovsk are related to a local issue, and the rest of Russia has been surprisingly quiet this year. Navalny himself did not attempt to organize demonstrations against Putin's constitutional changes. Further, his tactical voting campaign is unlikely to have a decisive impact, nor is it likely the Kremlin is greatly worried about local council races in the Siberian cities where Navalny was campaigning.

The degree to which the Kremlin has tolerated Navalny's political activities in the past makes a potential hit even more puzzling. It is possible that Putin decided to take out Navalny not because he feels weaker but because he feels stronger. With his constitutional reform victory under his belt, he may feel less need for caution or restraint.

Navalny has been attacked before—why has he been targeted without being killed?

Like the latest attack, it is impossible to say whether previous ones were directly ordered by the Kremlin or to identify their precise motives.

Law enforcement agencies are not inclined to investigate assaults on opposition politicians, and the Kremlin has created a climate in which independent actors feel emboldened to carry out attacks with impunity.

Why did Germany treat Navalny, and how might other Western governments respond?

A German-based NGO called Cinema for Peace invited Navalny, with necessary support from the government. Cinema for Peace had previously arranged medical treatment for Pyotr Verzilov, a member of the dissident art collective Pussy Riot, who fell ill in 2018 from a suspected poisoning similar to Navalny's.

Navalny is a well-known figure in the West, and this attack has led to strong criticisms of Russia from other Western governments. Some form of sanctions seems likely if deliberate poisoning is confirmed. These would probably target individuals who can be tied to the attack or a subsequent cover-up. The United States and European Union could freeze foreign assets, deny visas, and threaten additional sanctions against anyone who does business with the culprits. Broader sanctions against Russia are less likely, as Western governments will want to reserve the more hard-hitting measures for actions with major international consequences.

The attack also may well fade from the news and result in few major international repercussions. The response to the murder of Saudi journalist Jamal Khashoggi in 2018 underscores Western governments' reluctance to jeopardize long-term economic ties even when state involvement is proven or strongly suspected.

What will the impact be within Russia?

So far, there have not been major protests against the attack, perhaps because of Covid-19 restrictions.

The Kremlin's black propaganda against Navalny has been effective in influencing public opinion. A Levada Center poll last November found that only 9% of respondents had a positive opinion of Navalny's activities, while 25% had a negative opinion and the remainder either did not know or did not care.

It is unlikely that this will dramatically weaken Putin's approval rating in the short term, and it probably will not seriously upset his political plans between now and 2024. But it does raise questions about what Russian politics will look like if he stays in power and pursues two more six-year terms through 2036. There is evidence of young Russians becoming disillusioned with the president, and with time, more may become dissatisfied living in a society where these incidents not only seem permissible but routine. Russia bears many similarities to Belarus, and as with Belarus' population—which was passive for many years before being galvanized to participate in protests—this could fuel unrest over time. 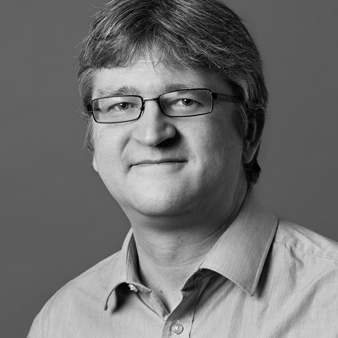 Jason Bush specializes in the political economy, economic policy, reform prospects, and geopolitics of Eurasia, with a particular focus on Russia. Prior to joining Eurasia Group, he spent 15 years in Moscow, mostly as a senior economics correspondent at Reuters and Moscow bureau chief for Business Week.