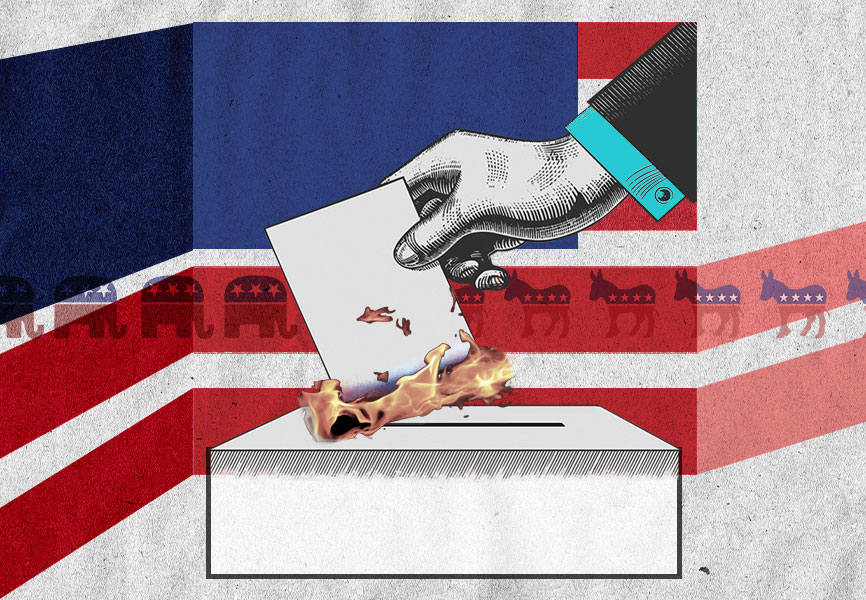 The 2022 midterms will be one of the most important in US history. The votes will take place amid allegations of fraud by both Democrats and Republicans, and they will set up a 2024 presidential election that Donald Trump, if he runs, will either win outright or try to steal. This year's vote will not itself provoke a crisis, but it represents a historic tipping point.

GOP midterm success is baked in. Opposition parties usually win big in the midterms following the election of a first-time president, and Joe Biden's poll numbers are sagging beneath the weight of the pandemic and failed election promises that he would “end the virus.” Republicans will almost certainly take back majority control of the House of Representatives and potentially the Senate as well. But if Democrats lose, they will blame the Republican victory on the suppression of minority voters and on partisan redistricting. If Republicans underperform, they will claim fraudulent election procedures and dishonest vote counting. Either way, tens of millions of Americans will view the midterms as rigged.

Presuming Republicans retake at least one chamber of Congress, Democrats will view GOP control as illegitimate and reject Republican oversight and subpoena power. Republicans will view their 2022 success not as a validation of the integrity of American elections but as further evidence that the 2020 race was stolen from them. Bipartisan cooperation will be snuffed out quickly in this historically polarized environment, especially because beginning impeachment proceedings against Biden will be at the top of the Republican agenda. Worse, public trust in American political institutions will take yet another hit.

This year's vote will not itself provoke a crisis, but it represents a historic tipping point

But more important is what the midterms mean for the 2024 presidential election.

Trump is already signaling he will run again for president. He has a stranglehold on the Republican party, which will not ignore the money, votes, or enthusiasm he draws. If Trump wants it, no Republican stands a real chance of denying him the GOP nomination.

Trump can win the 2024 presidential race outright. His defeat in 2020 was even closer than his victory in 2016. Four challenging years under Biden could deliver Trump the votes he needs to defeat either the incumbent or another Democrat. Many Democrats would refuse to accept a second Trump term, rejecting the legitimacy of his election to an extent that would rival Republicans' rejection of Biden. Another Trump presidency would not mark the end of American democracy, but it would bring a weakened and ineffective federal bureaucracy, large-scale civil disobedience in the United States, and a return to his erratic, isolationist foreign policy. The risks of a major (intentional or unintentional) global conflict would increase. If Trump's first term did not mark a deep and permanent decline of America's global standing, his second term would.

But what if Trump loses the election? This outcome could be worse for the country because Trump would not go down without a fight. The US could end up with an election that's either “broken” or “stolen.” 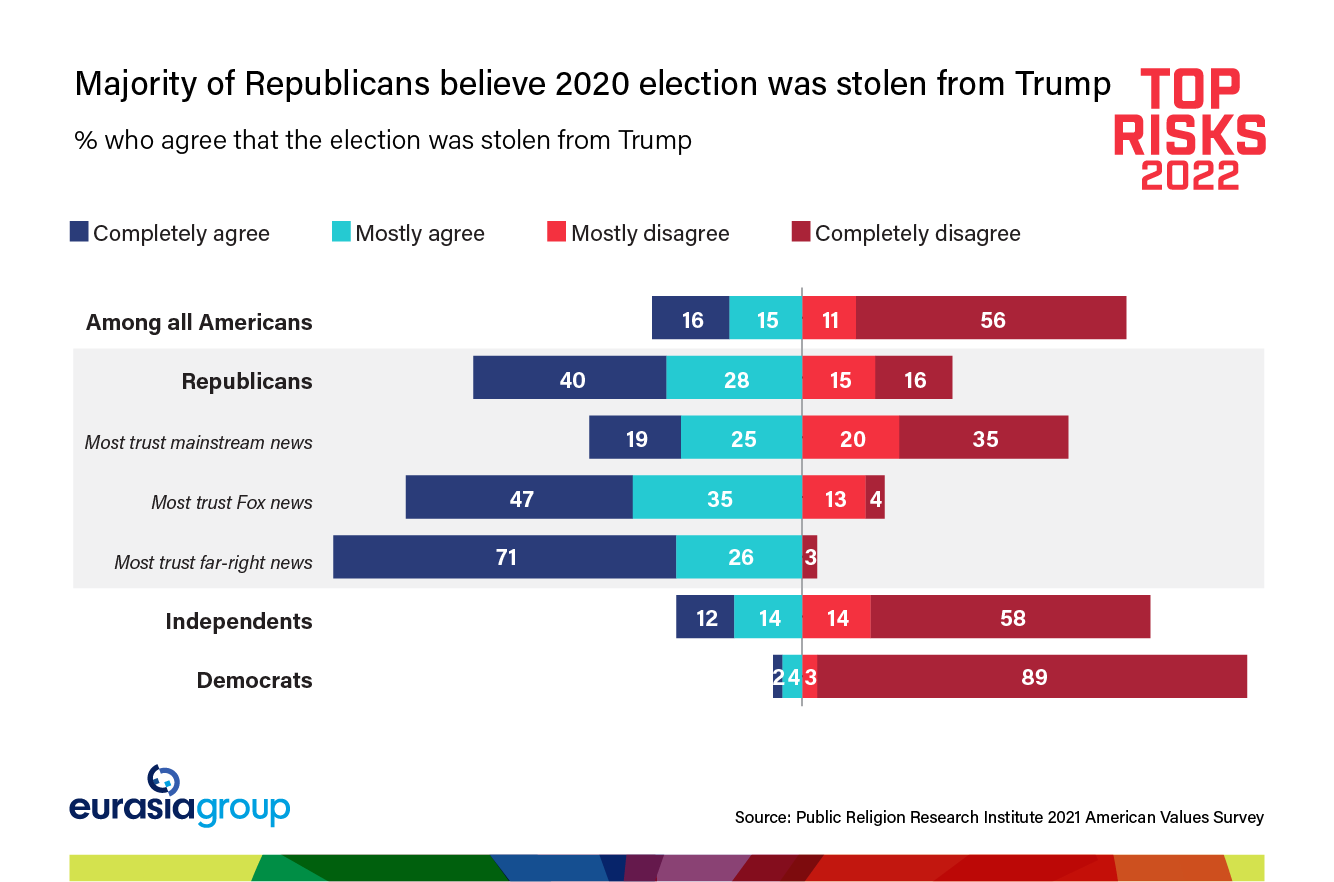 If Republicans take only the House of Representatives in 2022, a Republican-controlled lower house could vote along party lines on state electoral vote certifications to overturn state-level election outcomes. If a Democrat-controlled Senate disagrees, the challenges make news but are rejected. However, if a state with a split legislature were to send two separate certifications and the two chambers cannot agree on which certification is legally legitimate, the US political system would have no way of resolving this conflict.
This would be a repeat of the failed US presidential election of 1876 and would require an extralegal political compromise to break the deadlock. Either Republicans and Democrats would have to reach a power-sharing agreement, as they did in 1877, or  if they fail to do so, that would lead to an illegitimate legislature.

That's not the worst potential outcome. If Republicans win majorities in both the House and Senate, and Trump then appears to lose key states in 2024 as he did in 2020 … and if Trump then decides to try to steal the election … and if state-level officials are willing to subvert the will of voters and submit alternative certifications and Republican majorities in both houses are willing to go along … then the 2024 US presidential election can be stolen, leaving the nation with a president who was not chosen by the electors. There is no existing legal mechanism to prevent this outcome.

In either the “broken” or “stolen” outcome, the impacts on the United States, domestically and abroad, would be profound. A nationwide crisis of political legitimacy could provoke domestic terrorism and create autonomous zones of protest around the country. The resulting political instability would make the insurrection of 2020 (and social unrest of 1968) look tame. The federal government would become structurally dysfunctional. Secessionist movements would gain steam in states such as California. Deeply and perhaps permanently consumed at home, the US would fail to project influence abroad, opening the door for Russia, China, and others to challenge the status quo in areas of their core national interest.