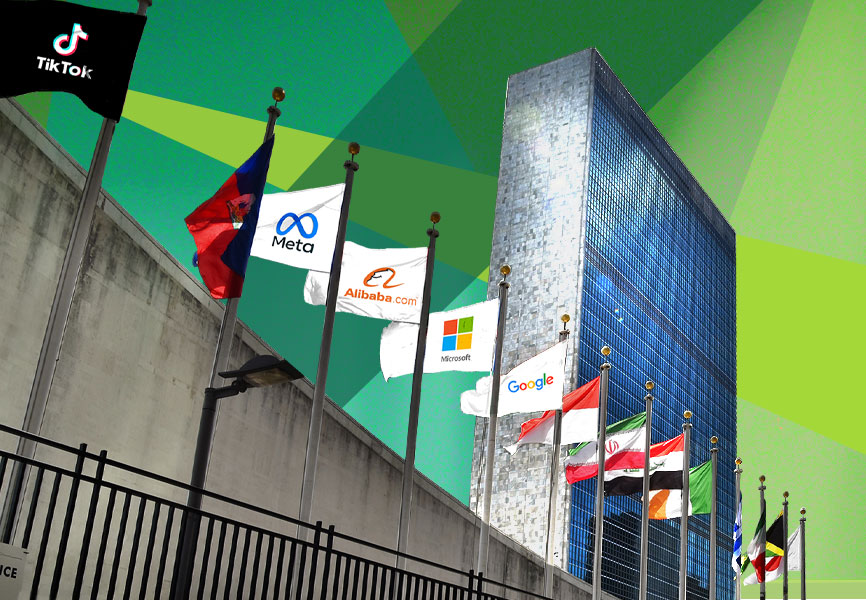 It's 2022. Your personal information will be hacked. Algorithms fed with biased data will make destructive decisions that affect how billions of people live, work, and love. Online mobs will create chaos, inciting violence and sparking runs on stocks. Tens of millions of people will be dragged down the rabbit holes of conspiracy theories. The one thing that all of these realities have in common is that they emanate from digital space, where a handful of big tech companies, not governments, are the main actors and enforcers.

The technopolar world is a new creation. Nation-states have defined the global order since the Treaty of Westphalia enshrined them as the building blocks of geopolitics nearly 400 years ago. But today, states are facing a new form of competition from technology companies. Indeed, the latter exercise a form of sovereignty over an entirely new dimension of geopolitics: digital space.

Key parts of people's daily lives, and even some essential functions of the state, increasingly exist in the digital world, and the future is being shaped by tech companies and decentralized blockchain projects that are not good at (or interested in) governance. States will fail to halt this trend.

The biggest technology firms are designing, building, and managing an entirely new dimension of geopolitics. In this new digital space, their influence runs deep, down to the level of individual lines of code. They're writing the algorithms that decide what people see and hear, determine their economic and social opportunities, and ultimately influence what they think. Individuals will spend more time in digital space in 2022, at work and at home. Much of this time will be spent in the “metaverse”—an emerging, more immersive version of the web where all the problems of digital governance will be magnified. The metaverse (or more accurately, multiple metaverses) in turn will increasingly rely on economic systems based on decentralized blockchain platforms that governments are already struggling to control. 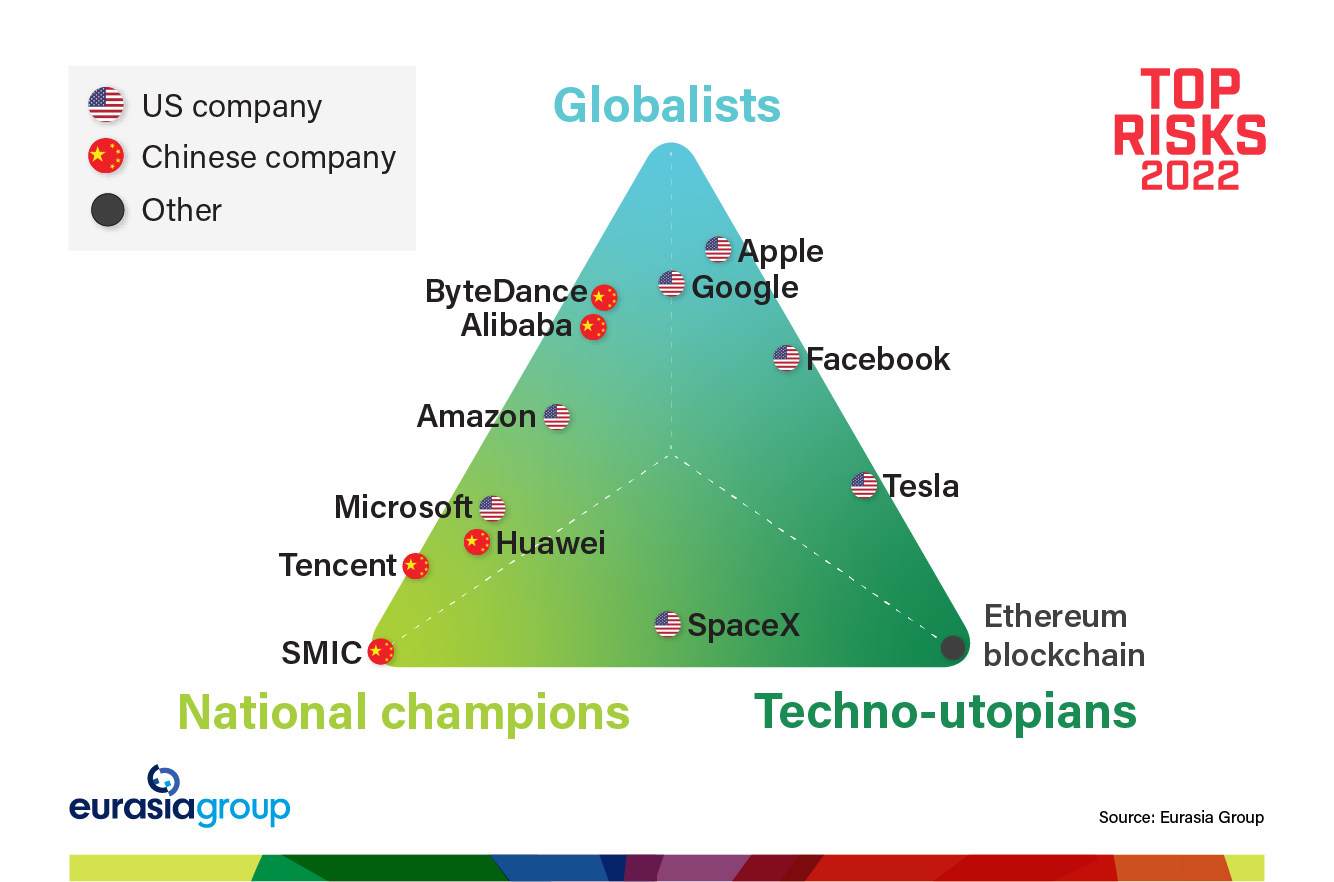 Governments can fiddle at the margins. The EU will pass new laws in 2022 that put curbs on some big tech business practices. US regulators will advance antitrust cases and start the lengthy and contentious process of writing new rules for digital privacy. China will continue to pressure its tech companies to align with national priorities determined by the state. And governments in India and elsewhere will put restrictions on the kinds of data that can leave their borders.

Expect big headlines about how world capitals are bringing big tech to heel. But these are regulatory rear-guard actions, none of which will challenge big tech's massive profits and influence anytime soon. Nor will they limit the biggest platforms' ability to invest those profits in the digital sphere where they, not governments, remain the primary architects, actors, and enforcers.

This isn't just a US or Western challenge. It's an issue also for the developing world, where governments face even starker tradeoffs between access to the digital services that are required to capture economic opportunities in the 21st century and the risks posed by poor cybersecurity or viral disinformation.

Similarly, China is not immune to the challenges of a brave new digital world. True, Beijing has the world's most sophisticated internet firewall and surveillance apparatus, and Xi hasn't hesitated to crack down on companies he thinks are getting too big. But the Chinese Communist Party needs robust economic growth to sustain its legitimacy. If Xi clamps down too hard on the likes of Jack Ma and Alibaba, China won't be able to develop the digital infrastructure it needs to boost productivity and living standards over the long haul. The very companies Beijing sees as potential threats to the regime are also indispensable pillars of the Chinese economy—a core dilemma for any country, autocratic or not.

If the physical world is a mess because no countries are willing or able to provide global leadership, digital space is even more poorly governed. It's not that the tech giants are failed states, exactly. More like developing countries whose institutions and ability to govern have yet to catch up to their power and influence. Like a country that grew fast but doesn't have the expertise to educate its citizens or keep them safe, big tech firms have neither the capacity nor the interest (not to mention the business model) to govern the places and tools they are creating. The same is true of decentralized platforms for payments and trading digital assets. Governments will struggle to rein in these systems, because they are wielding regulatory tools designed with traditional financial sector intermediaries in mind.

Ineffective governance by tech giants will impose costs on society and business. Disinformation will get worse ahead of the 2022 midterm elections in the US, further undermining Americans' faith in the democratic process. And as tech firms and governments fail to unite around the governance of data privacy, the safe and ethical use of artificial intelligence, and cybersecurity, US-China tensions on these issues will increase and US-Europe efforts to find common ground will fall short. Because of that governance deficit, digital fragmentation will accelerate, and disruptions to economically important tech supply chains, like those for semiconductors, will intensify.