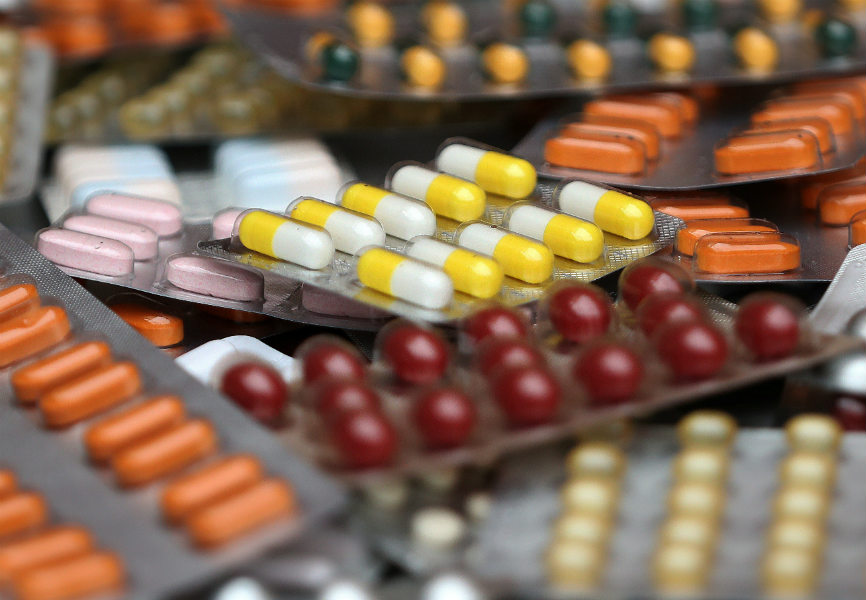 Pills in their original packaging in Brussels. REUTERS.
Eurasia Group's Aditya Bhattacharji and Sarah Hassan identify and unpack the top three political and policy issues that multinational pharmaceutical firms are currently focusing on.

Issue One: The global economy

Over the past month, one theme stood out at both the central bankers' confab in Jackson Hole, Wyoming and the G7 summit in Biarritz, France: a deteriorating global economic outlook. The dark clouds surrounding the economy are not limited to the US but also implicate other key developed and emerging markets, including Germany, the UK, China, and India.

An economic downturn could spell trouble for the raft of healthcare reforms occurring globally; while the pharmaceutical sector is not a cyclical industry, public commitment to reimbursing medicines directly and supporting healthcare initiatives more broadly could decline. More acute fiscal pressures could turbocharge ongoing debates over drug pricing. Among economic indicators, we will be closely watching commodity prices in particular. During the last commodity price crash, public healthcare budgets fell precipitously in several markets that rely on revenues from the sale of oil and gas, including Brazil, Mexico, Russia, and Saudi Arabia.

Should we face another downturn, two potential upsides exist. One is that governments will create more opportunities for private players in an effort to offset their own limited capacity to invest in healthcare. Another is that extreme economic crises have, in the past, acted as flashpoints that galvanize big bang reforms, including in healthcare.

Issue Two: Politics in the US

The US still accounts for the lion's share of multinational healthcare firms' global revenues and is where both macro and health policy are in flux heading into what will likely be a dynamic election. To be sure, the aforementioned economic wildcard will be central to President Donald Trump's 2020 reelection prospects, with a slowing economy likely providing a tailwind for the Democratic challenger. While Trump is expected to rhetorically support fiscal stimulus and dovish monetary policy from the Federal Reserve, Democrats in Congress might be unwilling to pass stimulus measures that shore up Trump's standing unless the US encounters a deep recession.

In terms of health policy, healthcare will be a dominant issue in this election. For his part, President Trump has yet to demonstrate tangible progress on healthcare but is expected to lay out a more concrete strategy in September amidst what is likely to be a legislative flurry this fall. Democrats are polling better on healthcare, but the primaries are highlighting divisions among them that may undercut their lead in the general election. More progressive Democrats have warned Speaker of the House of Representatives Nancy Pelosi that her initiatives will face opposition in the House if she does not engage progressives on their policy priorities, such as expanding the scope of price negotiations and associated penalties under Medicare.

Consensus evades the Republicans, too. Senate Finance Committee Chairman Chuck Grassley is urging the GOP to get behind his proposals by using Trump's forthcoming strategy as the boogeyman. While fragmentation at a macro level makes the US healthcare environment especially difficult to anticipate, it all but assures that we will see more innovation and experimentation among other stakeholders, including state and local governments, and the private sector.

The UK's Brexit process continues to unravel. Current Prime Minister Boris Johnson's willingness to push a no-deal Brexit has inflamed domestic politics to a new crisis point. We would anticipate another election, but the likelihood of a no-deal Brexit is substantial and already forcing private companies to execute their contingency plans. We expect investment in the sector to fall as a result of an unstable regulatory environment in the near term.

From a healthcare perspective, the outlook remains equally unclear. We have outlined in previous pieces the myriad ill effects a hard Brexit could have on the health system, but the newest developments create additional uncertainties outside the functioning of the National Health System. For instance, the suspension of parliament is particularly worrisome because it may not allow enough time for draft legislation on how medicines will be regulated to be reviewed properly, if at all. Should the Medicines and Healthcare Products Regulatory Agency's remit fail to be mapped out prior to the UK's departure from the EU, medicine shortages could be even worse than those that are currently predicted.