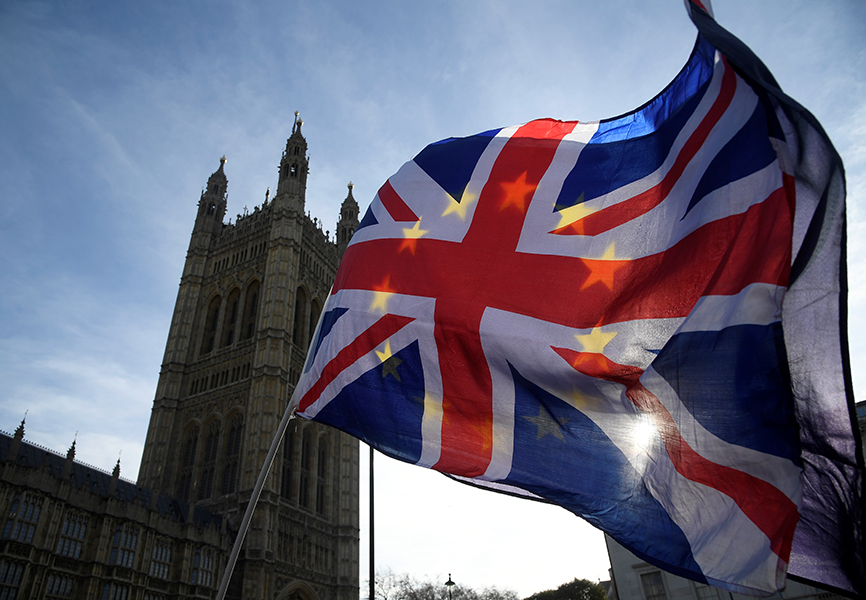 WHY THE ASTERISK? Because three years after the vote, almost any Brexit outcome remains possible. The botched leadership challenge protected the prime minister's rule over the Conservative Party for now but, without her lawmakers' support, she has almost no chance of passing her unpopular withdrawal agreement. That promises a very messy 2019.

May's plan to secure a more palatable version of the Northern Irish backstop is doomed to fail. The EU can offer reassurances that it also hopes to conclude a free-trade agreement in time to prevent the backstop from kicking in. But it will never soften the mechanism itself, which Ireland regards as its insurance policy.

The prime minister may also think time is on her side. By having delayed the House of Commons vote to January, she hopes a greater number of lawmakers will decide there is no alternative to her deal. But we now know that 117 Conservative members of parliament were willing to risk a chaotic leadership race rather than accept May's proposal—which she will barely be able to amend. It is highly unlikely that the deal the UK and EU negotiating teams have been working on for almost two years will ever be ratified.

There are alternatives, but all of them are painful and time-consuming. Some in the Conservative Party are becoming interested in a “Norway Plus” option, which would see the UK pick an already existing close relationship with the EU's single market and complement it with a customs union. May could just about manage to justify this arrangement on the grounds that it would be more likely to command a majority thanks to the support of some Labour members of parliament, while also delivering on the mandate from the 2016 referendum to leave the EU.

The obvious counterargument is that this would rule out most if not all of the supposed benefits of leaving the EU in the first place: regaining regulatory flexibility, having the freedom to strike independent free-trade deals, and—crucially—putting a halt to the free movement of continental labor across the UK's borders.

That's where the argument that the UK should just cancel Brexit and stay in the EU resurfaces.

Could May pull off a referendum? Some ministers think this would be her best way of surviving, but she has also ruled it out more vigorously than any other course of action. The Labour opposition is hedging, hinting at the possibility but still insisting it must come after an unlikely general election, which could only be triggered if some Conservative lawmakers vote against their own government and in essence kick themselves out of office.

Brexit promises to keep the UK distracted in 2019. But will there actually be a Brexit? And if so, what flavor? Your guess is as good as the prime minister's.