Risk 5: Technology and the Middle East 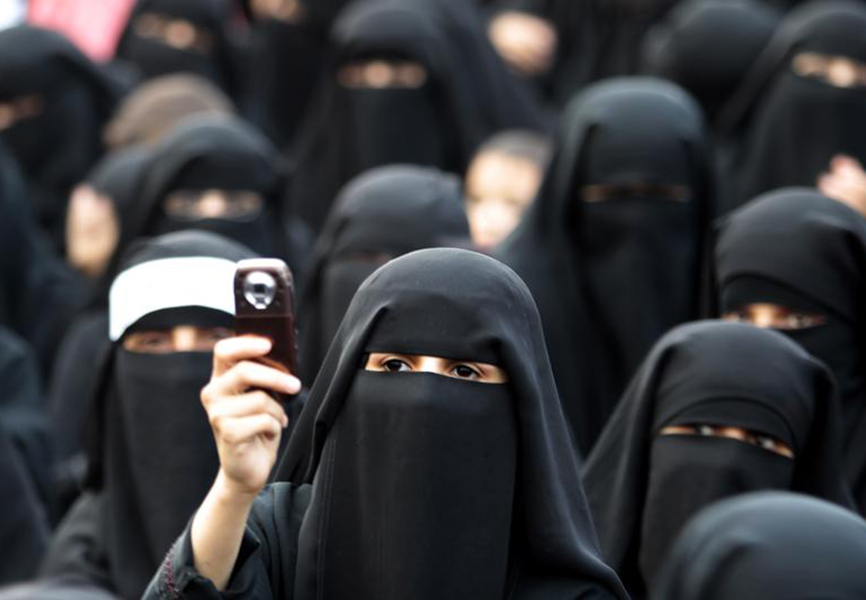 A woman uses her mobile phone to record anti-government protesters at a rally in Sanaa, Yemen. REUTERS/Ahmed Jadallah

DESPITE A VENEER OF EFFECTIVE AUTOCRACY, Middle Eastern governments have been weak for decades.  Most of the region's borders were created by Europeans and were never fit for purpose.  Legitimacy largely came from the outside, and then from energy money. The US and its allies ensured security.  Today, all of those things are in short supply.

Technology, a force for economic growth and efficiency, also exacerbates political instability. In the Middle East, the latter outcome is proving dominant for several reasons:

Energy.  The social contract across much of the Middle East is predicated on lots of cash, generated by the oil and gas sector, to ensure the loyalty of citizens.  The model has been subverted by the energy revolution, which has enabled new fracking and enhanced recovery technologies in the US to quickly and substantially weaken OPEC.  The trend will intensify, bringing prices down and undermining the legitimacy of many of the region's governments.

Connectivity.  Globalization causes backlash in the West.  Connectivity causes backlash in the Middle East. The Middle East has forces for social and economic progress, but alienated populations can now communicate their grievances more easily. Terrorists can recruit.  And new tools of communication bring together like for like.  Shia, Sunni, Kurds, and those who define their identities by tribal allegiance talk within the group, but not with other groups. Each group develops a world view completely distinct from its neighbors. All of this poses a real threat to existing regimes.

Cyber.  Iran is one of the biggest users of cyber-weapons, and it is much less constrained than in the past. We're seeing a growing number of attacks on Saudi Arabia, with little effective reaction by the Saudis or their erstwhile allies, the Americans.  Regional terrorists are developing new cyber-skills to challenge Middle Eastern systems.

Automation.  The other primary asset in the region is its population: In economic theory, young and growing populations should be an advantage, but not when developments in technology are taking opportunities away from a region with critically undereducated youth.

Forced transparency.  Wikileaks forced the resignation of the chairwoman of the Democratic National Committee and had an impact on the US election.  The Panama Papers forced the resignation of Iceland's prime minister.  What happens when forced transparency hits Saudi Arabia, and citizens find out about their leader's collusion with the West (and indeed how princes spend their money/behave in Dubai, London, and the US)?  Brittle authoritarian regimes in the Middle East need secrecy to maintain stability.  They're not going to get it. 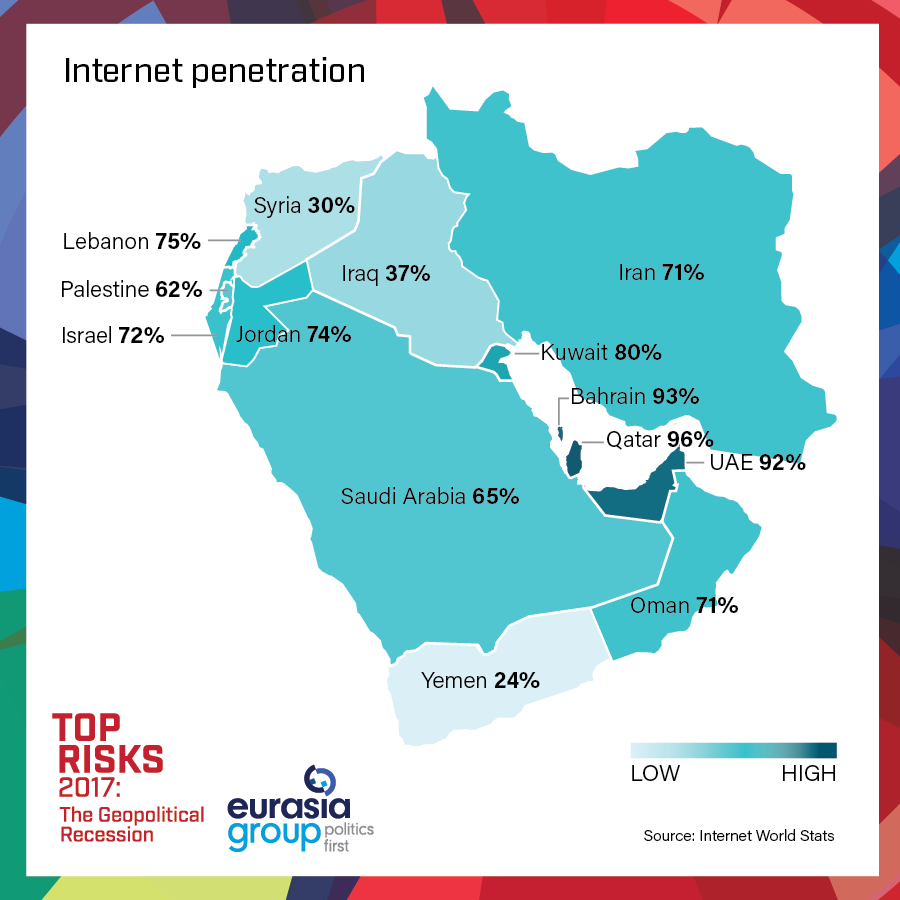