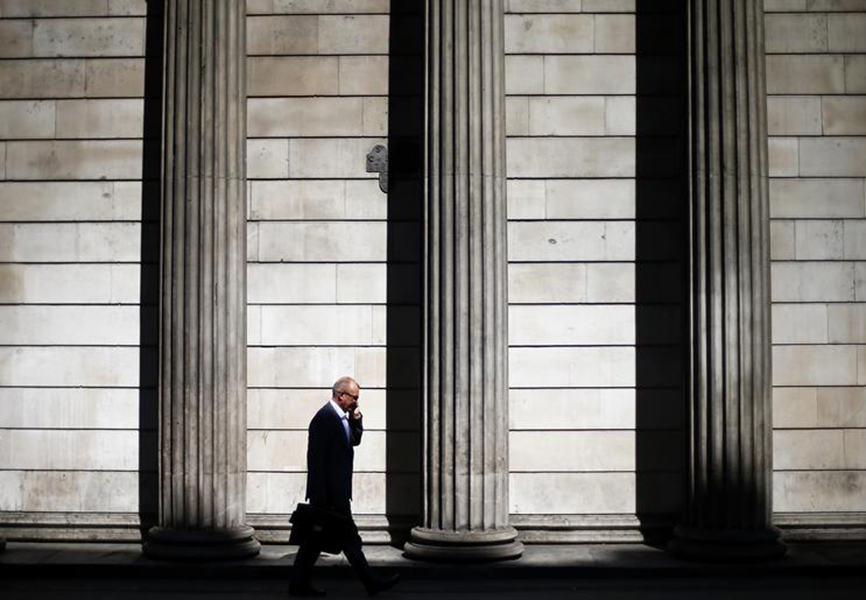 A man speaks on his phone on a sunny morning as he walks past the columns of the Bank of England in the City of London. REUTERS/Andrew Winning

FOR THE FIRST TIME IN DECADES, central banks face attack not just in emerging markets but in the US, the Eurozone, and the UK. Leaving aside the rationales that led to central bank independence in the first place, politicians have taken to blaming central bankers for political and economic woes of every sort. These attacks represent a risk to global markets in 2017 by threatening to upend central banks' roles as technocratic institutions that provide financial and economic stability.

Theresa May has blamed the Bank of England for low-rate policies that she says have hurt “savers” and increased income inequality. In Germany, Finance Minister Wolfgang Schaeuble has argued that low interest rates have reduced the incentive for peripheral European states to reform their unsustainable economic models. Trump accused the Federal Reserve of supporting Hillary Clinton during the US presidential election campaign. In each of these cases, overt politicization of central banking is breaking longstanding taboos in domestic political cultures.

These pressures on central banks will become even more problematic in 2017 as a result of political and economic dilemmas looming in the US and the Eurozone, which together comprise close to 40% of the global economy.

In the US, there's risk of an open conflict between the Federal Reserve and the White House over the country's economic trajectory. President-elect Trump has promised fiscal expansion, which could lead to inflationary pressures and a strong dollar. Should the Fed respond by increasing interest rates faster and further than currently planned, this will create an internal contradiction at the heart of a key element of the president's policy platform. Higher interest rates would undercut the housing market, while a strong dollar would have a negative impact on US exporters—undermining the president's high-growth promises.

In the US, there's risk of an open conflict between the Federal Reserve and the White House over the country's economic trajectory.

Trump's response would likely be to blame the Fed for undercutting US prosperity, a move that would turn independent technocrats into political scapegoats and put new pressure on future Fed decisions. If the central bank were then to move with greater caution, the president might accuse it of allowing inflation to hurt Americans. Most critically, there's a risk that Trump will seize the opportunity presented to him by Chairwoman Janet Yellen's departure in January 2018 to replace her with a personal ally, a move that would undermine the Fed's reputation for years. It's a no-win situation for the Fed this year—its standing will take a hit no matter what.

In the Eurozone, the risk is that the European Central Bank (ECB) will not have the political support needed to rescue the ailing economies of peripheral states the next time the continent faces a shock. Since President Mario Draghi used his “whatever it takes” speech in 2012 to commit unwavering support to saving the Eurozone, the ECB has consistently come to the aid of Europe's economies in need. But this was never a popular policy with establishment figures, and it has only become more controversial of late, as illustrated by Schaeuble's tough recent comments. The risk now is that Draghi will not feel he has the necessary backing to bolster the Eurozone following a presidential victory for France's Le Pen or a Five Star Movement take-over in Italy, however unlikely these potential shocks might seem today. 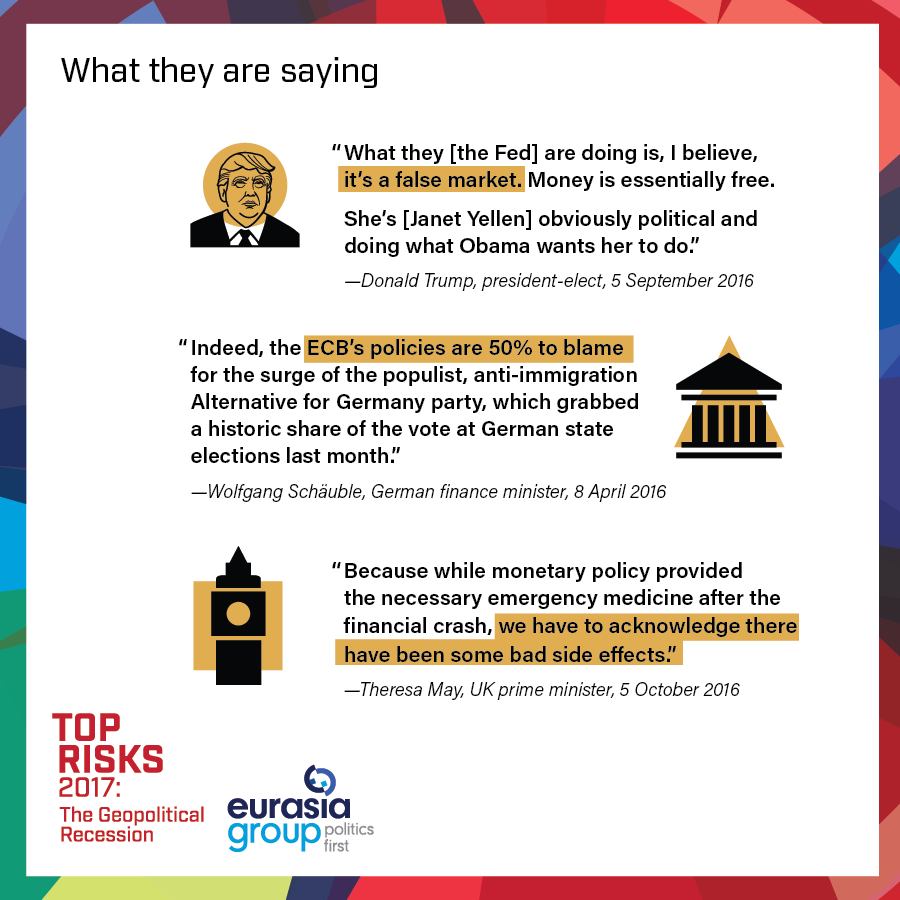