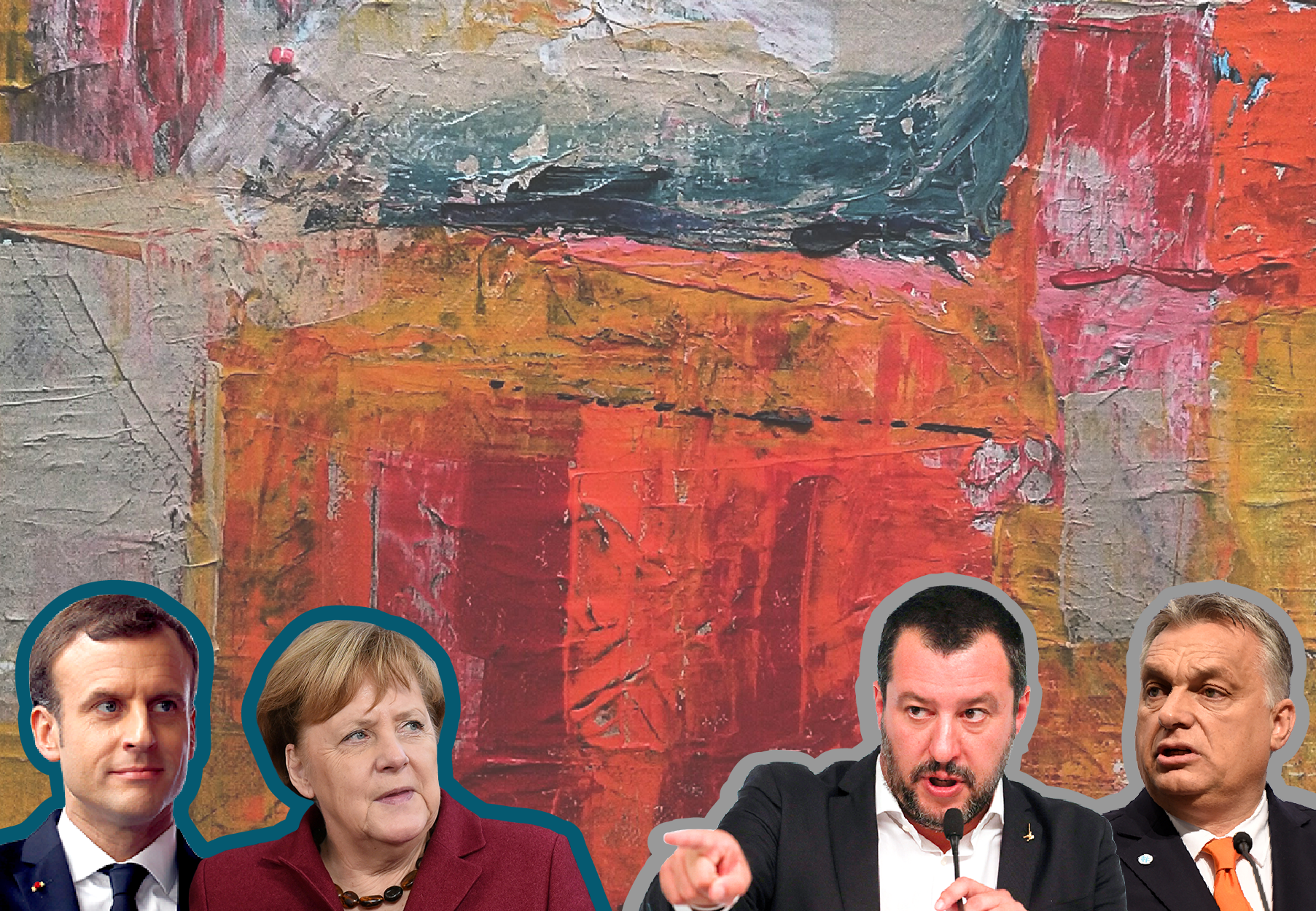 WHEN EMMANUEL MACRON BEAT MARINE LE PEN in France's 2017 presidential election, some argued that the populist tide that had swept Europe since the onset of the Greek debt crisis in 2009 could be receding. We were skeptical of that interpretation, and 2019 will show that populists and protest movements are stronger than ever.
Right-wing populists have the opportunity to become an imposing force in the European Parliament.
The EU will hold parliamentary elections in May, and euroskeptics of the left and right will win more seats than ever before. The previous election, in 2014, took place shortly after the Eurozone crisis, when countries were still going from bailout to bailout. Now, the official message is that Europe is stronger. But the coming victories for parties from outside the European mainstream will be harder to square with a positive story.

The decline of some of the main parties that sit in the European Parliament's three mainstream blocs opens an opportunity for right-wing euroskeptics to become an imposing force in the parliament—perhaps the second-largest group. Together with populists on the far left, they won't reach a majority but will find it easier to block initiatives when the smaller majority of pro-Europeans can't agree. Then, the four populist member-state governments—Italy, Austria, Poland, and Hungary—will all want to make sure they are appropriately represented by a commissioner of their ideological ilk, bringing euroskeptics closer to the commission's real decision-making power. In short, this year euroskeptics will hold more influence than ever before in parliament, the commission, and—by virtue of their control of some governments—the European Council.

This unprecedented influence will undermine Europe's ability to function. The presence of euroskeptics within the ranks of the European Commission will undermine that body's cohesiveness and its ability to manage the EU's day-to-day affairs, as well as the clarity of its message among the European public, investors, and the wider world. The historically collegial institution will become a battleground. Then, with populists in the parliament and the council as well, it will be harder to build consensus on key policy issues, including migration, trade, and the rule of law. Also, internal disagreements will disrupt the EU's ability to quickly react to crises. If Italy were to face an economic meltdown, or if Europe were hit with a shock from its eastern or southern borders, the presence of populists in Brussels would hamper the EU's ability to come to the rescue.

The current commission led by President Jean-Claude Juncker believed it represented the EU's last chance to repair its compact with voters. The new body that will be formed later in 2019 will be in crisis before it even gets to work. This year will be the one when populists gain real power on Europe's largest stage, eroding the EU from within. 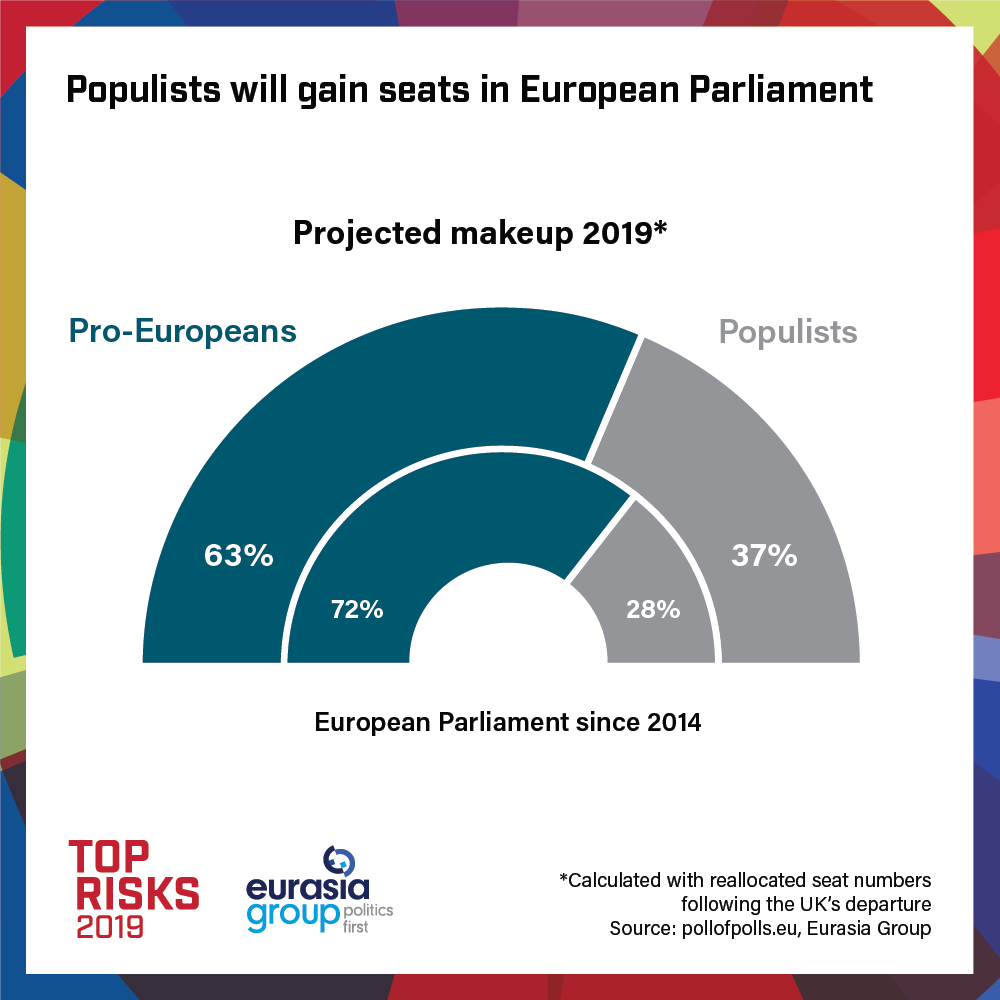