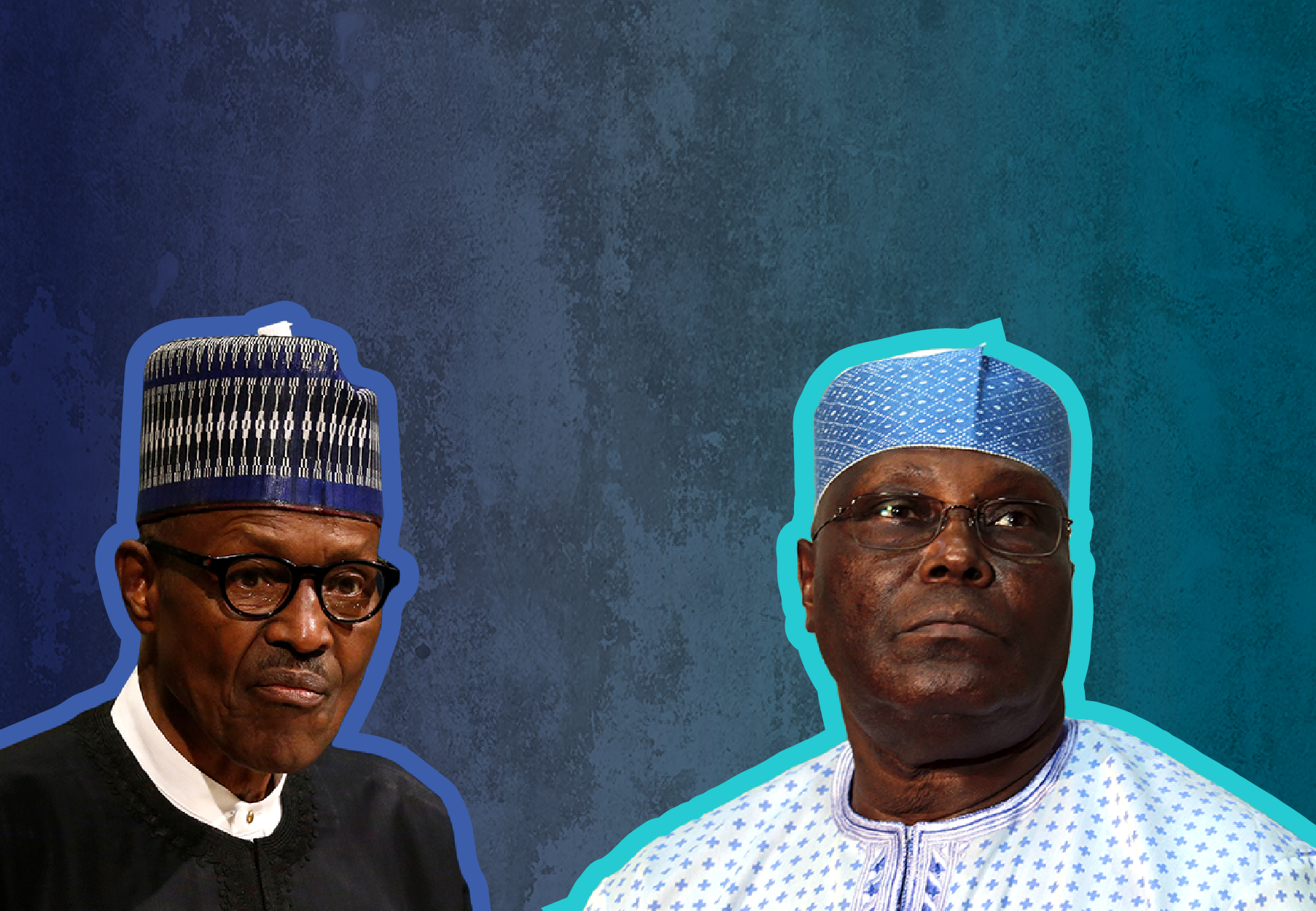 THE COUNTRY FACES ITS MOST FIERCELY CONTESTED ELECTION since the transition to democracy in 1999. One candidate is the incumbent, Muhammadu Buhari. He is an elderly, infirm leader who lacks the energy, creativity, or political savvy to move the needle on Nigeria's most intractable problems. His opponent is Atiku Abubakar, another gerontocrat who would focus on enriching himself and his cronies, avoiding the difficult and politically unpopular tasks necessary for reform.

Buhari is the frontrunner. A second term for him would mean the country at best muddles through the next four years, with little progress on critical policy priorities like tax reform or a restructuring of the energy sector. Buhari would be a lame duck from day one, with powerbrokers in his own party quickly shifting their focus to the next electoral cycle in 2023. And if Buhari's health problems continue or worsen, the situation will get worse. The president's continual medical leaves abroad impaired governance his first term. A repetition would again remove him from decision-making and the public eye for months at a time, leaving investors to wonder who is calling the shots and whether they're qualified for the job.

A Buhari reelection also carries tail risks. A politically weak president, for health or other reasons, would open the floodgates for political infighting, increasing the chances that his ruling All Progressives Congress implodes. That would turn a policy slowdown into paralysis. The risk of attacks on oil infrastructure would also rise, because the absence of strong leadership in Abuja would make it harder to negotiate with the Niger Delta's various militant groups.

A win for the challenger, Atiku, would create a brief, superficial boost to the country's image—largely because of his better health and keener intellect. But it would also pose the risk of a return to an even more rent-seeking governing style.

Atiku's policy priorities are unclear and untested: He had previously promised to deregulate the oil and gas sector but recently pledged to reduce gasoline prices by 50% from already below-market levels. That would swell subsidy costs and endanger long-term debt sustainability. He's also unlikely to champion a tax reform that's critical to Nigeria's fiscal sustainability. Atiku would face significant infighting within his People's Democratic Party as well, as leaders try to hold him to his promise to serve only one term (a pledge he's likely to retract).
The election will be close, and a challenged or inconclusive result is possible.
Then there's a dangerous wildcard outcome. The election will be close, and a challenged or inconclusive result is possible. That, in turn, could trigger a political crisis in which neither candidate has a legitimate claim to power. If the vote is close enough to trigger a runoff, Nigeria's constitution requires the second round of voting to occur within seven days of the first, a tough timeline to meet given the complexity of organizing national elections in the country. This could be a recipe for severe uncertainty in Africa's most important market. 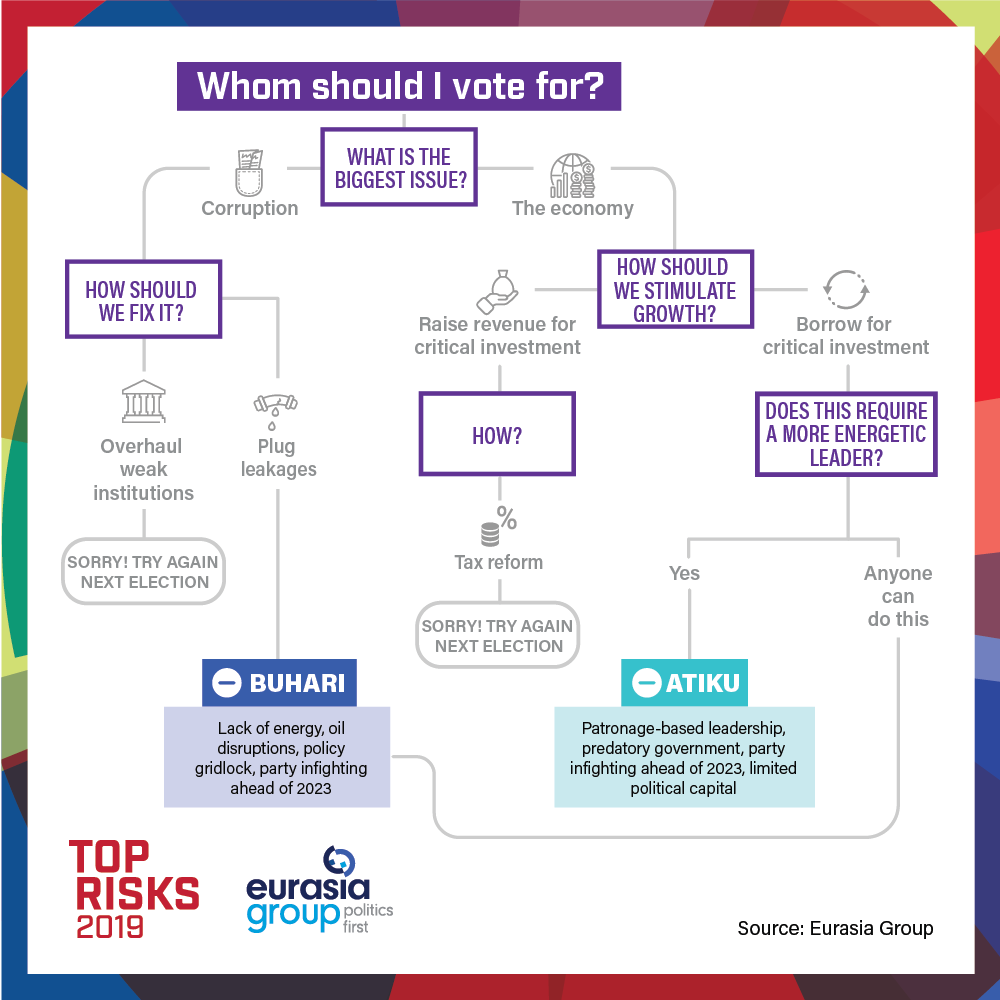