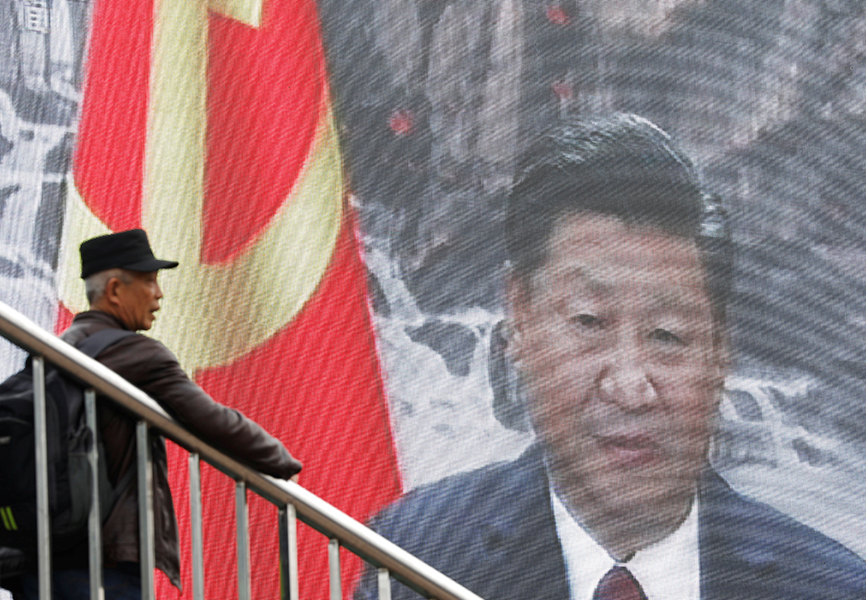 THE 19TH PARTY CONGRESS MARKED A TURNING POINT in China's contemporary history, and the speech President Xi Jinping gave there will eventually be recognized as the most geopolitically noteworthy event since Mikhail Gorbachev formally dissolved the Soviet Union. Until last year, China had avoided talk of global leadership. Its diplomatic rhetoric was seldom ideological, let alone evangelical, but in 2017, Beijing publicly shifted its official strategy. China is no longer biding its time. Xi has now consolidated enough domestic power to redefine China's external environment and set new rules within it. He benefits from lucky timing: Trump has renounced the US commitment to Washington-led multilateralism and generated much uncertainty about the future US role in Asia, creating a power vacuum that China can now begin to fill.

For decades, many in the West have assumed that the emergence of a Chinese middle class would force China's leaders to liberalize the country's politics in order to survive. Instead, China's political model, despite its domestic challenges, is now perceived as stronger than it has ever been—and at a moment when the US political model is weakened. Today, in terms of the legitimacy of government in the eyes of its citizens, the US may be in at least as great a need of structural political reform as China. It's a shocking statement; all the more for its obviousness once you think about it. It's also one we've not once heard uttered in Washington, from either side of the aisle. Combine that with the strongest Chinese president since Mao Zedong and one of the weakest US presidents in modern history, and you end up with a moment of global reordering.

This means China is setting international standards with less resistance than ever before. It's true in three different areas (and is notably not true in a fourth):

Trade and investment. No country today has developed as effective a global trade and investment strategy as Beijing. China is writing checks and creating a global architecture while others are thinking locally or bilaterally. This model generates both interest and imitators, with governments across Asia, Africa, the Middle East, and even Latin America tacking more toward Beijing's policy preferences because the direct transactional consequences have become much more impactful.

Technology. China and the US are leading the charge on investment in new technology—in artificial intelligence (AI), in particular. For the US, leadership comes from the private sector. In China, it comes from the state, which aligns with the country's most powerful companies and institutions, and works to ensure the population is more in tune with what the state wants. That's a powerful stabilizing force for the authoritarian and state capitalist Chinese government. Other governments will find the model compelling, especially those most worried about potential social unrest within their borders. And China's economic clout will align tech sectors within smaller nations with Chinese standards and firms.

Values. The only political value that China exports is the principle of non-interference in other countries' affairs. That's attractive for governments that are used to Western demands for political and economic reform in exchange for financial help. With the advent of Trump's “America First” foreign policy and the many distractions for Europe's leaders, there is no counter to China's non-values-driven approach to commerce and diplomacy.

But not: Security. The Chinese model doesn't become more attractive on the national security front, as China remains at best a regional power (while the US vastly outspends it), and has not been a key player in the war against terrorism.

With the advent of Trump's “America First” foreign policy and the many distractions for Europe's leaders, there is no counter to China's non-values-driven approach to commerce and diplomacy.

The dangers are three-fold. First, the global business environment will have to adapt to a whole new set of rules, standards, and practices pushed by China and diverging regulatory environments that will raise the cost of doing business. This won't be limited to the Chinese domestic market (itself increasingly critical to the global economy); it will likewise extend to an expanding group of countries around the world where Chinese economic and, relatedly, political influence are becoming dominant.

Second, there will be pushback against China's further expansion that polarizes Asia by pitting China on the one hand against the US and its regional allies on the other. Asia's largest and most developed countries—Japan, India, Australia, and to a lesser extent South Korea—will see Xi's agenda as a threat to their democratic-capitalist model. This dynamic could lead to a lot more friction in the South China Sea, over North Korea, and in US-Chinese trade relations.

Lastly, Xi's growing assertiveness risks negative effects at home and creates a long-term threat to the Chinese model. He is taking a risk by tightening the party's control of the country's private sector, by inserting party controls at the top of private Chinese companies as well as Chinese subsidiaries of foreign multinationals. The risks to corporate decision-making and asset valuations are clear, and they could affect the long-term economic trajectory of both China and its imitators.

Still, since 2008, we've seen a gradual erosion in global perceptions of the attractiveness of Western liberal democracies. There is now a viable alternative. For most of the West, China is not an appealing substitute. But for most everybody else, it is a plausible alternative. And with Xi ready and willing to offer that alternative and extend China's influence, that's the world's biggest risk this year. 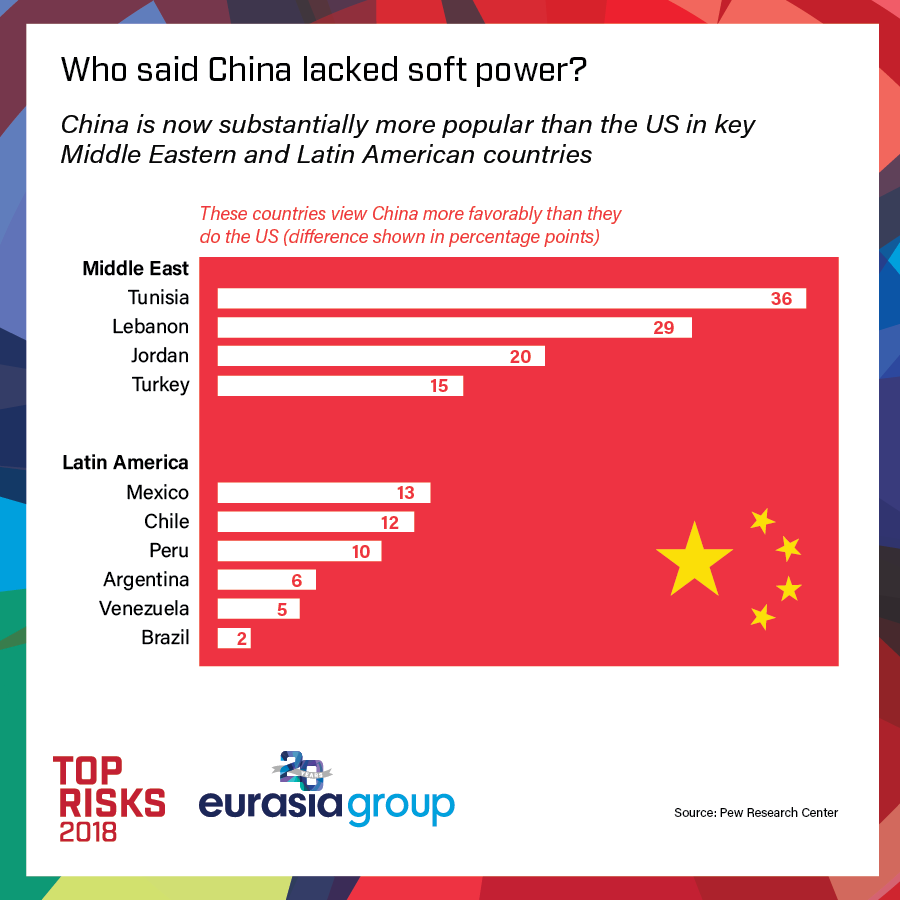