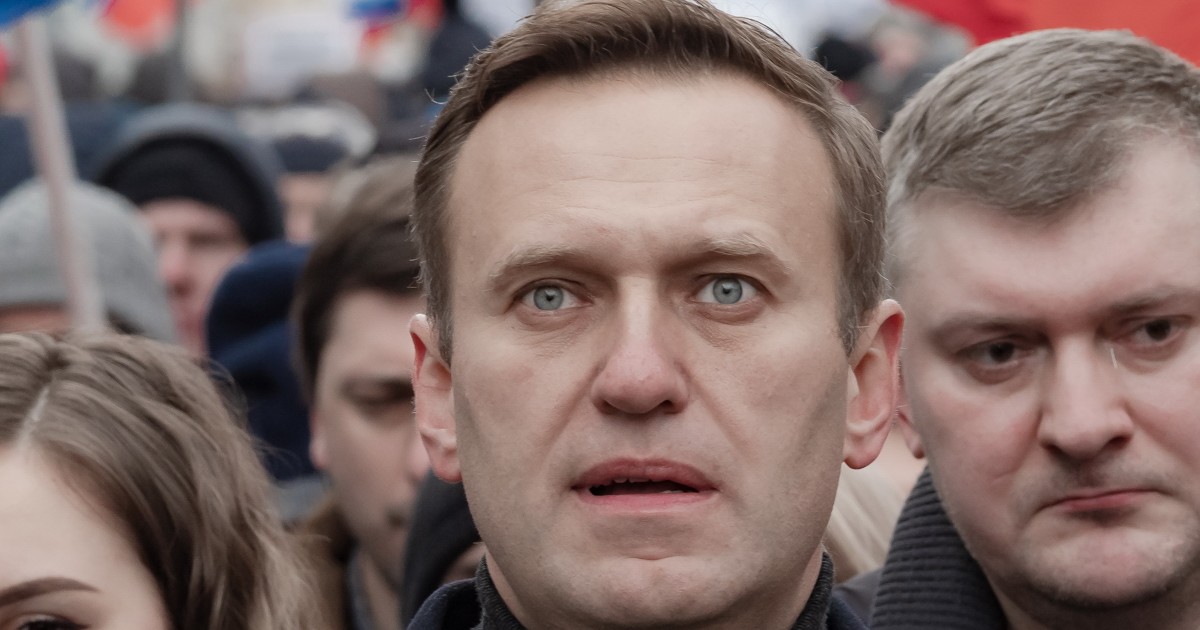 Russian opposition leader Alexei Navalny. REUTERS.
Authorities arrested Alexei Navalny immediately upon his return to Russia from Germany on 17 January after recovering from last year's poisoning attempt, prompting the opposition leader to release a video accusing President Vladimir Putin of building a secret palace on the Black Sea and tens of thousands of Navalny's supporters to flood the streets in protest. The regime doubled down on Tuesday with a prison sentence of nearly three years for its stubborn antagonist. Still, these developments have exposed cracks in Putin's support that could grow over time, weakening the regime.

The protests that have taken place over the two weekends since Navalny's return have been unexpectedly large and widespread considering Covid-related restrictions, freezing temperatures, and threats by the authorities. But unrest on this scale is not unprecedented. In 2011-2012, in the first wave of major demonstrations against Putin, over 100,000 people participated in Moscow. Widespread protests organized by Navalny took place in dozens of towns and cities in 2017-2018, also attracting tens of thousands.
Though apparently caught off guard by the magnitude of the most recent unrest, it is highly likely that the authorities will be capable of facing down these protests, even if they continue for months. The security services have vast resources to stifle demonstrators. Developments in neighboring Belarus since last August have also shown how difficult it is to bring about political change in authoritarian states by taking to the streets.

At the same time, Putin will make use of his powerful propaganda machine to deflect attention and smear his accusers (Putin and state media are portraying the protests as a Western-backed plot). The core of the "Putin's palace" allegations in Navalny's recent video are a decade old, and Putin has managed to get through past controversies easily.

Nevertheless, the surprising intensity of the unrest underscores that political risks are increasing for Putin. One factor is Russian authorities' mishandling of the situation. Ironically, the political challenge posed by Navalny is now far greater as a result of the attempted poisoning, arrest, and imprisonment.

The resonance of the video (viewed 107 million times since its release) suggests it is becoming harder for the Kremlin to distract the public. Russians' response to the corruption allegations against Putin is a wild card, especially if further damaging revelations are published by Navalny or his associates. The president's approval ratings have held in the upper-50% to upper-60% range over the past year. A long-term decline in popularity and trust connected to corruption allegations would be a problem for Putin, whose ability to manage the system and elites depends in part on his legitimacy from the public.

Officials are likely to respond with increasing repression against Navalny's associates and supporters. More repressive tactics could eventually be the trigger for wider public disgust and deeper divisions within Russian society.

A key test of support for the regime will come in parliamentary elections for the lower house of parliament (the Duma) in September. Support for the ruling United Russia party is flagging. But it remains more popular than any other political party and has the support of state resources to ensure it will win a parliamentary majority (and that the opposition cannot).

Still, the Kremlin will likely face a challenge from the non-systemic opposition of which Navalny is the de facto leader. It will further attempt to exclude Navalny's supporters from participating in the elections and will be tempted to manipulate the election (to an even greater extent than usual) if the results appear likely to cause embarrassment to United Russia. More protests are therefore likely around election time, though the authorities will probably be able to ride them out as they have in the past.

Navalny's arrest and imprisonment will factor into Western governments' considerations of new sanctions. They will likely react to this week's jail sentences for Navalny.

His case, combined with the discovery of the SolarWinds cyber intrusion in the US, have pushed Russia high up on President Joe Biden's list of foreign policy priorities. US responses could fall within a range of options that include targeting the individuals responsible for violating Navalny's human rights and punishing elites close to Putin for their direct or indirect involvement. They could also involve more serious economic sanctions in response to the use of a chemical warfare agent in Navalny's poisoning. Washington will coordinate with the EU, where governments are demanding Navalny's release and debating sanctions against human rights violators in the Russian government.

But the Kremlin's approach to the situation probably will not change despite Western criticism or sanctions, which it will dismiss as interference in its domestic affairs. With protests likely to continue and the Russian government's actions unlikely to ease up, this will add further strain to Moscow's relations with Washington and Brussels.