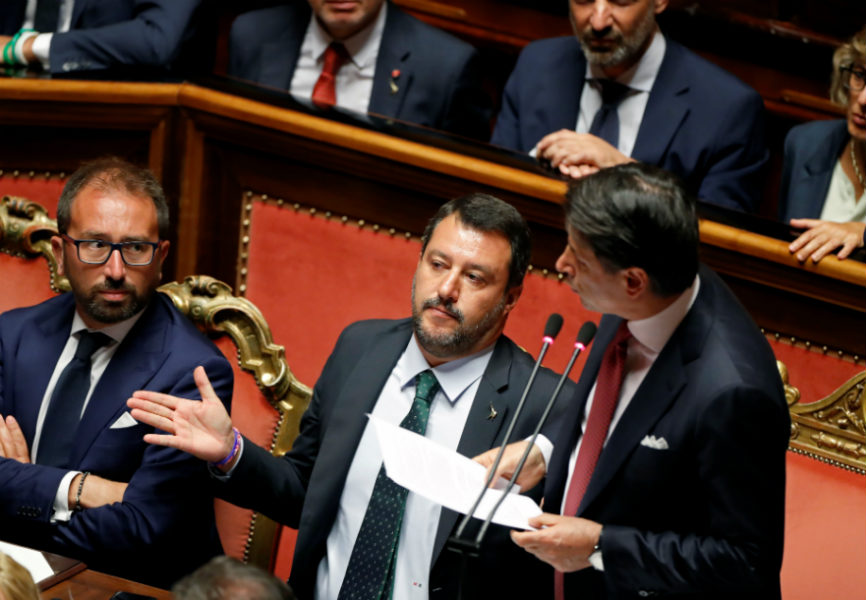 Matteo Salvini gestures as Italian Prime Minister Giuseppe Conte addresses parliament. REUTERS.
Threatened with a vote of no confidence in parliament, Prime Minister Giuseppe Conte resigned this week, setting off a period of political horse-trading that could end in snap elections if party leaders are unable to put together a new ruling coalition. Yet, as Eurasia Group expert Federico Santi explains, hopes are rising that politicians may succeed in forming a government and averting a disruptive early vote.
What triggered the government's collapse?
Matteo Salvini, head of the far-right League party, presented the no-confidence vote, betting he could bring down the government and force new elections that his party would be well placed to win. The government was supported by an uneasy coalition of the League and the anti-establishment Five Star Movement. In light of indications that Five Star could form an alternative alliance with the center-left Democratic Party, Conte elected to resign ahead of the vote and kick off a new government formation process.
How did we get to this point?
The League-Five Star coalition emerged unexpectedly after the strong showing of the two previously fringe parties in elections last spring. Despite their ideological differences, they have in common their anti-establishment rhetoric and opposition to many rules of the EU. With a narrow focus on immigration and by leveraging his position as deputy prime minister and interior minister—and the media coverage that came with it—Salvini has overseen a spectacular rise in support for the League. After winning 17% of the vote in the 2018 elections, establishing itself as the largest right-wing party, the party won 34% of the vote in May's European elections and has polled even higher in recent opinion surveys. Salvini has been helped by his savvy use of social media, the public's aversion to immigration, and a slowdown in migration flows from Libya just prior to him taking office—mainly thanks to steps taken by the previous government to co-opt Libyan militias and trafficking networks.
Meanwhile, Five Star's fortunes have headed in the opposite direction. Its strength in the opposition was partly based on a more ambiguous ideological profile, which enabled it to attract disaffected voters from the right and the left, seizing on local grievances and government missteps. But this quality became a liability for the party once in power. Siding with the League alienated its more left-leaning supporters, while right-leaning parts of its base have increasingly drifted toward Salvini, attracted by his simple nationalist, anti-immigration, and anti-EU messages. The party has also been unable to deliver on some difficult campaign promises, some of which it had campaigned on for years, such as shutting down the huge steel plant in Taranto or blocking construction of the TAP gas pipeline to Greece.
This situation has fostered widespread speculation that it was only a matter of time before Salvini engineered a crisis to bring down the coalition government and force snap elections, expecting to win by a wide margin.
What happens next?
Until recently, it was assumed that no other coalition would be feasible in the current parliament if the League pulled out of the ruling coalition. But the rapid rapprochement between the Democratic Party and Five Star has scrambled those calculations. The former said this week it was open to coalition talks, though the latter has remained non-committal.
Following the customary consultations between President Sergio Mattarella and party leaders, the president has given the Democratic Party and Five Star time to begin negotiations. However, conscious of a looming budget deadline, Mattarella will pressure them not to drag out negotiations for too long. The budget needs to be finalized before the end of the year to prevent a steep VAT hike that could damage an economy already at risk of recession. These considerations could give parties extra motivation to form a new government and avoid the disruption of an electoral process.
That said, deep-seated differences mean that a Democratic Party-Five Star agreement will not be easy to achieve and will certainly take time in a context dominated by short-term tactics and recurrent about-faces. Negotiations have not yet started and could easily falter either on the program or structure of the new government, or on the choice of new cabinet ministers. There is also bitter infighting taking place within both parties behind the scenes, with various party figures leveraging the crisis to jockey for position. For these reasons, snap elections before the end of the year remain a distinct possibility. Another option taking shape is that the outgoing League-Five Star coalition could be resuscitated if Democratic Party-Five Star talks falter.
What are the implications for the fragile Italian economy?
In addition to interrupting the budget process, snap elections would likely yield a League-led, far-right government with even more explicit nationalist and Euroskeptic overtones, reminiscent of that of Prime Minister Viktor Orban in Hungary. It would probably ultimately compromise, as has been the case until now, and avoid a damaging confrontation with the EU over the 2020 budget that could undermine investor sentiment and inflict serious harm on the economy. But risks would be heightened. In contrast, a Five Star-Democratic Party coalition would likely prove more moderate in tone and substance, given the latter's pro-EU stance and greater awareness of fiscal constraints. That said, deep-seated divergences over policy would probably render the government somewhat ineffective, with the fear of snap elections and of an electoral defeat being the only thing keeping the coalition together. Spending pressures would remain elevated and the prospects for growth-enhancing reforms low. 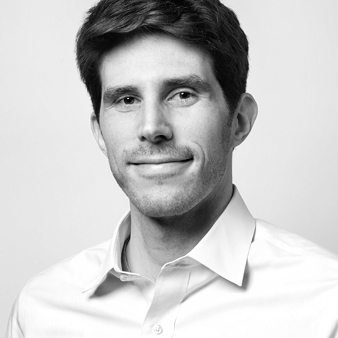