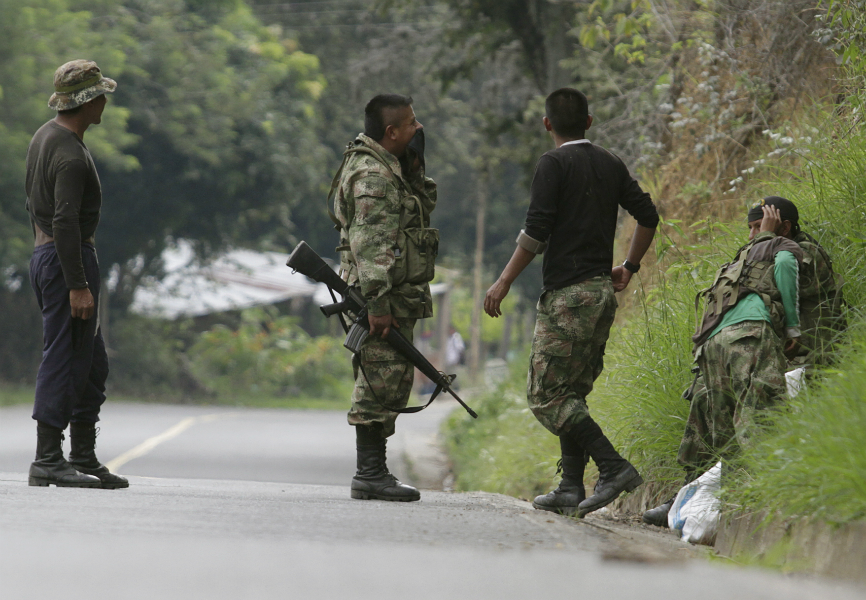 Members of the Revolutionary Armed Forces of Colombia (FARC) stand guard in the mountains of Caldono, Cauca province. (REUTERS)
President-elect Ivan Duque's promises to toughen the terms of the historic 2016 deal that ended a 50-year insurgency carry risks for the country's fragile security environment.

The 41-year-old conservative politician tapped into dissatisfaction with the peace accord, the state of the economy, and corruption to win last week's election. He also benefited from the backing of Alvaro Uribe, the hardline former president who weakened the Revolutionary Armed Forces of Colombia (FARC) during his tenure in office (2002-2010) and vehemently opposed the deal his successor struck with the group as too lenient.

Similar to Uribe and an important segment of Colombian society, Duque believes that too many concessions were made to the FARC. Thousands of former fighters have been granted amnesty to protect them from prosecution in exchange for their demobilization, while the FARC has been turned into a political party and been guaranteed ten seats in congress through 2026, regardless of its electoral performance. Those who admit to war crimes will face reduced and alternative sentences, though not prison.

To be sure, the constitutional court has ruled that the next three administrations must uphold the agreement, and Duque won't find it legally or politically easy to make any substantive modifications after he takes office in August. Even so, the agreement envisions a long implementation period, so Duque's stance against parts of the deal could also undermine it.

Outgoing President Juan Manuel Santos won the Nobel Peace Prize for putting an end to the long-running conflict, yet his administration managed to win congressional approval for only a portion of the accord's provisions under fast-track authority that ran out at the end of 2017. Progress under Duque, an opponent of the deal, will likely be even slower, with a new congress in which his party will lead a majority coalition.

Last year was Colombia's least deadly since the 1970s. The decades-long conflict with the FARC had claimed over 220,000 lives and displaced 7 million people, though the Uribe administration's sustained anti-insurgency campaign had made great strides in containing the rebels and reducing the level of violence in recent years.

This year, murders have been on the rise again, though they remain at historically low levels. Many former combatants are joining smaller guerilla groups such as the National Liberation Army (ELN) and other criminal organizations that have moved into the void left by the FARC in remote areas of the country, partly because of disillusionment with the peace process. The danger is that more could melt back into the jungle and take up arms if their frustration continues to mount.

Colombia also faces heightened risks on two other fronts: the conflict with the ELN and fight against coca production. The Santos administration has been pursuing peace talks with the nation's largest remaining guerilla group, but Duque will probably not continue them unless the ELN agrees to a unilateral cease-fire, something it is unlikely to do. Similarly, in response to an uptick in coca cultivation, Duque advocates for a more aggressive strategy than voluntary substitution programs, possibly including reinstituting aerial fumigation.

So while Colombia seems to have put an end to Latin America's longest-running insurgency, considerable security challenges are likely to persist in the coming years. 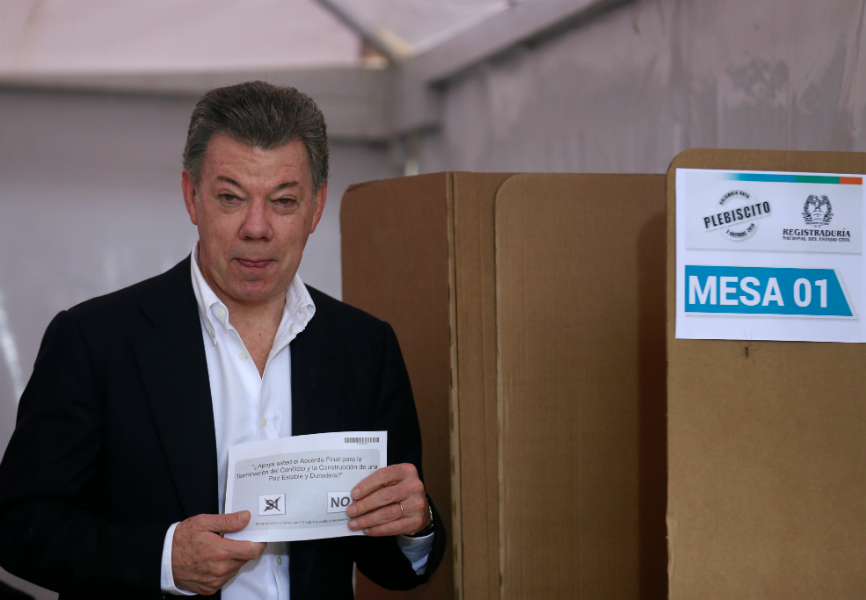 Politics in the Andes
SUBSCRIBE TO SIGNAL
LOUD WORLD. CLEAR SIGNAL. Signal is a newsletter on international affairs published five times a week by GZERO Media, a Eurasia Group company.