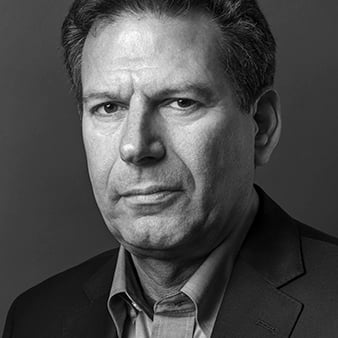 As a senior advisor at Eurasia Group, Robert D. Kaplan advises investors and top executives on political risks in countries around the world. Kaplan is the bestselling author of 18 books on foreign affairs and travel and a prolific essayist for numerous publications. For three decades he reported on foreign affairs for The Atlantic. Foreign Policy magazine twice named him one of the world's “Top 100 Global Thinkers.”

In the 1980s, Kaplan was the first US writer to warn in print about a future war in the Balkans. And in the 1990s, his article "The Coming Anarchy,” arguing that population growth, ethnic and sectarian strife, disease, urbanization, and resource depletion are undermining the political fabric of the planet, was hotly debated in foreign-language translations around the world. Other positions held by Kaplan have included senior fellow at the Center for a New American Security in Washington; chief geopolitical analyst at Stratfor; consultant to the US Army's Special Forces Regiment, the Air Force, and the Marines; and member of the Pentagon's Defense Policy Board.

He has lectured for military war colleges, the FBI, the National Security Agency, the Pentagon's Joint Staff, the Defense Intelligence Agency, the CIA, major universities, and global business forums. He has briefed kings, presidents, secretaries of state, and defense secretaries, and reported from more than 100 countries. Kaplan, a graduate of the University of Connecticut, was given the Distinguished Alumni Award by his alma mater. He received the Benjamin Franklin Public Service Award by the Foreign Policy Research Institute in Philadelphia.